During our recent soap making frenzy, we have also started to produce some soap making tutorials, mainly for our Little Green Workshops customers.

However, I thought that it wouldn’t hurt if I shared them here on my personal blog, as I know that many of you are interested in soap making at home as well.

The first video we produced was titled “Care with Lye” and it takes away some of the fear and uncertainty that people may have when using lye (aka Caustic Soda) during cold process soap.  I talk about safety, how to use lye correctly, and how to pour the lye water into the oils before you begin to mix the soap, which begins saponification.

The second tutorial is titled “Trace and Pour”.  In this video I show how to bring your oils and lye to trace.  Trace is when these ingredients begin to emulsify and begin to thicken.  It is also the beginning of the saponification process.  Once the soap mixture is at trace, Kim added poppy seeds, which we stirred in really well.

Then it was into the wooden soap mould with the batch, and insulated with towels for 24 to 48 hours to complete saponification.

We have a few more soap making tutorials in the pipeline, which I will finish off over the weekend.

Now if you find yourself time poor, we also have some soap bars for sale.  We make so much soap now made for workshop demos and tutorials that we needed to find another outlet besides selling to friends and family.  No two batches are the same, so get them while stocks last.

So if you want to subscribe to the Little Green Workshop YouTube Channel, you can do so using the subscribe button below.  You may even get a little surprise as there may be a couple of videos that I haven’t listed yet!

I won’t always post the new video tutorials here on TGoG because I am trying to build our other brand and blog on the Little Green Workshops site.  If you want to be informed of new soap tutorials, it is best to subscribe.

Don’t forget to give the videos a thumbs up if you like them!

Listen to the Episode Below (00:34:43)
Download Listen in a New Window iTunes Stitcher SoundCloud Leave a Review Clammr It Subscribe via RSS Subscribe on Android RSS Patreon

Kim joins me on the show this week where we talk about our recent visit to the Mill Markets at Daylesford, Victoria.

This market had lots of very cool old stuff that we discuss during the show, which inevitably leads to a rant about designed obsolescence.

We finish off with a little bit of our philosophy about buying quality items and repair them if they break.

Some of the cool old things items we talk about are;

And probably a few things I didn’t list.  I am sure you will enjoy it.

Now for episode 100.  We are asking you all to send in voice mail questions via the speakpipe widget below so that Kim and I can answer them in the episode.

They can be about anything as long as the focus is on sustainable living.  Please record something, even if it is feedback about the show.  We want to make the next episode really special and memorable.

Don’t be shy, we would love to hear from you.  All you need is a PC, laptop, notebook, tablet, or smartphone and record your message.  It is as simple as that!  Don’t forget to play it back before sending to ensure it is audible.

So, until next episode, stay green and keep keen!

The CSIRO and the Bureau of Meteorology released a conclusive study about the projected state of Australia’s climate in the late 21st century.  The conclusion, based on climate modelling, was that Australia was basically going to become unlivable around the turn of the next century.  Well maybe not unlivable, but certainly vastly different from it is today.

Roughly a 5˚C rise in some northern areas, with around a 2.8˚C rise in Southern Eastern Australia and Tasmania.  Tasmania becomes Australia’s food bowl with increased agricultural output due to a warmer climate and rainfall, but the rest of Oz basically becomes a dust bowl due to lower precipitation by 67%.

Here is a line from the summary that struck home for me;

Guess what?  We are currently on track for the high emission scenario.  With that brings half metre sea level rise and ocean acidification, which means no Great Barrier Reef.

No, I am not being dramatic.

From reading the executive summary of this study, either we start reducing greenhouse gas emissions now and maintain a habitable climate, or we join the millions of climate refugees in the near future and all move to the Tassie or join our mates in Middle Zealand.

What gets me down the most is that this is only two generations away.  If I reach 80 years of age, which sounds like a pretty good innings to me, it will be the year 2044.

If my two month old granddaughter Emily reaches 80 years of age, it will be 2104. 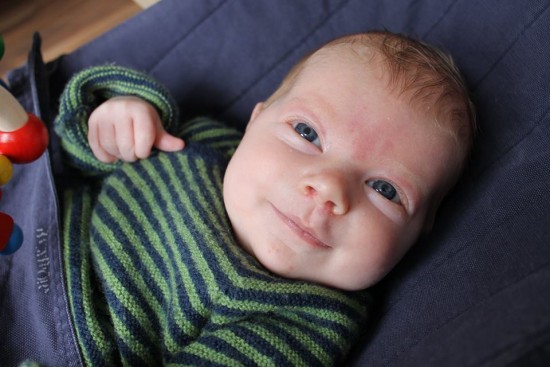 It will be her generation and her children that bear the brunt of our inaction to prevent 5 degrees of warming by the end of this century.  The only saving grace for her may be the fact that Emily and her parents live in Germany, where the warming impacts may be less than Down Under.  But still, we don’t really know what all this extra warming will bring to that area.

Now I ask us all one very simple question.  How can we let that happen to her generation?

Well, let me tell you straight up.  We should not.  No bloody way!

However, lately I feel like we’ve dammed them all to hell on earth by not working hard enough to prevent such an occurrence.  Not hard enough by a long shot!  Pissing into the wind more like it if the last year has been anything to go by.  Australia has become the laughing stock of the world, with its crappy backward looking, coal induced, climate policy.

To make matters worse, One Term Tony, our glorious prime monster, laments over farcical knighthoods and petty medicare co-payment squabbling, taking us back to the middle ages along with him and his cohorts.

With no real climate policy in place, and no visible action from the Australian Government, we have two real choices as citizens of this country; either sink into a pit of depression and do nothing or get off our bums and do something about it.

I choose the latter, especially at the grassroots level.  I will not give up the fight for the sake of Emily and her children.  When I look at Emily’s little face, I tear up knowing that if we do nothing, her life will be one of hardship, misery, and pain.  Who wants that for their descendants?

I have tears in my eyes even thinking about it.

So what are we going to do about it?  Now is the time to do something.  Anything.  Any big action, or any small behavioural change.  No action is too small in my books and the time for doing nothing at all is long past.  We just don’t have the time to spare.

But before you all rush out there and start knitting your own hemp knickers and socks, or brewing your beer from nettles, remember that a little bit of knowledge goes a long way when it comes to living sustainably.

Read through the blog’s archives, take a workshop or two to increase your skills, or visit a sustainable living event near you if you get the opportunity.  You will then feel a lot more comfortable if you get your dominoes lined up before you let the first one topple. You will probably make a few like-minded friends who can help you along the way.

To drive it home, let our community know via comment, what you are going to do to lower your personal carbon emissions and prevent them from rising further.  YOU CAN MAKE A BIG DIFFERENCE!

If this blog post has got you all fired up and you need get a few things off your chest, then vent via comment.  Go for it and do it for future generations.  We have a moral imperative to act quickly as possible because the world waits for no one.

So don’t do it for me.  Don’t do it for yourself.  Do it for Emily and her generation.  They deserve better than what we are currently dishing out here in Australia.

Show her that we care enough to make that difference.