Someone at work asked me today what I had growing in the veggie patch for winter.  It took me a while to remember, so thought I better post a reminder for myself.  This will also help when I look back on the blog next year to see what I had in the ground about this time of year. 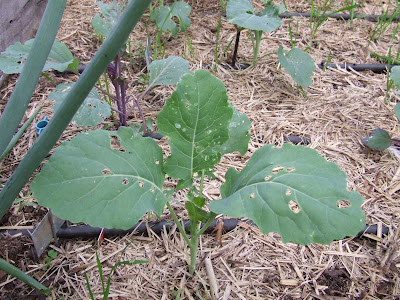 A while back (February I think) I planted some brassicas from seed.  This is a calabrese broccoli being heavily attacked by cabbage moth.  Behind it is a purple cabbage, and some romanesco. 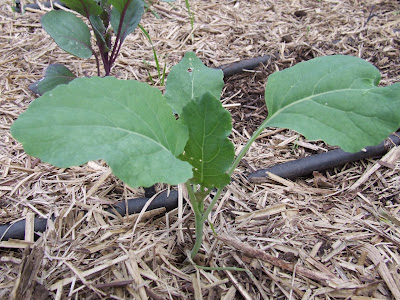 Same broccoli type, right next to the other one that was half eaten, with hardly a bite taken out of it.  I have been picking the caterpillars off each time I get a chance, and have found a bit of a decoy for the moths.  Up the other end of the garden are some nasturtiums that are covered in cabbage caterpillars, so I think the veggies might be getting a reprieve! 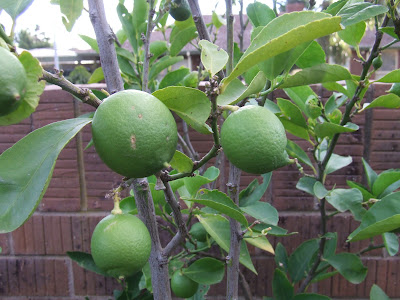 The four established citrus are doing well with the Tahitian limes doing the best this year.  The tree is laden with them, as I fertilised well with blood and bone in the spring and kept their pots moist over summer. 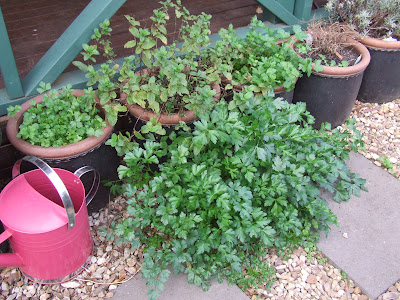 The flat-leaf parsley is sprouting up everywhere as weeds, and every time I go past I grab a few sprigs and have a munch. 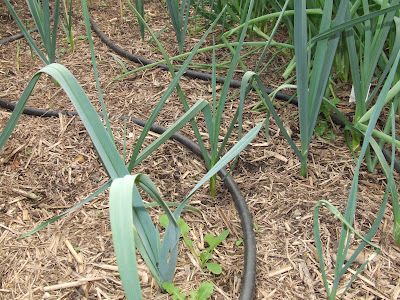 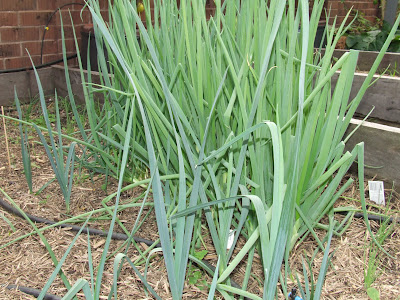 There are still a few bunches of spring onions on the go.  Kim pulls a few bunches a week for various veggie meals.  I planted about 12 more bunches from seed that are doing well now that I transplanted the jiffy pots into the bed. 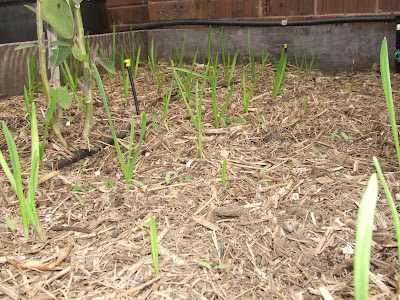 I planted the garlic that I had saved from last year and it is doing very well.  The garlic has been in the ground since 8th April. 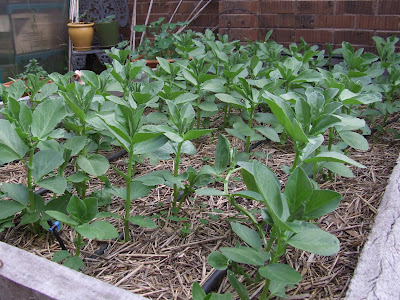 Last year I saved quite a bit of broad bean seed, and this is the third season that I have done so.  It is Aquadulce, and grows tall and prolific with white flowers.  The bed was well composted and I should get a bumper crop. 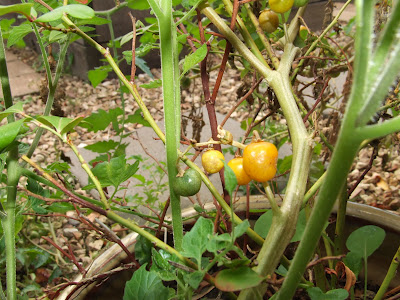 We still have one tomato bush rambling along the deck railing that sprung up in one of the blueberry pots.  We are still harvesting a handful a week for salads. 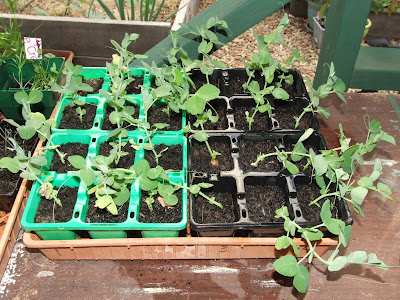 Remember my little moon planting experiment with snow peas that I started in March?  Well the green tray was planted just after a full moon when you are supposed to only sow root crops, then two weeks later, just after the new moon, I planted the black tray from identical seed stock.  Both trays have identical seed raising mix, and exactly the same amount of water.  The green tray took 7 days to germinate with two of the cells failing to sprout and are weedy and struggling.   However the black tray germinated in 5 days with 100% success rate, and are strong, long and healthy.  It just goes to show with this simple experiment that there is something in the moon planting method.  If all things were equal, the green tray should have been larger than the peas in the black tray as they were planted two weeks earlier, with the opposite being the case.  These peas will go in the bed that I pulled the pumpkins out of (see below).

With the pruning all but done, and only one big old plum tree to go, and most of the crops in the ground except for some spinach, a few more brown onions, and some more leeks, there is not much to do for a few months except pest control and weeding. 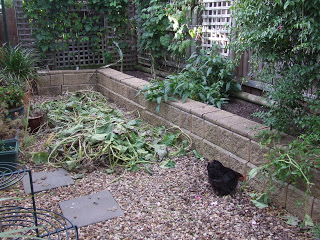 Sounds like just the rest I need over winter, so I can tackle the construction of a few more garden beds!   Stay tuned, as Kim gave me a great idea about how to maximise space in the raised walled bed (pictured left).  Just think a big “M” shape with two more beds sticking out from the long wall.  Time to maximise gardening space.

Just on the subject of moon planting, has anyone else tried an experiment like I did with the snow peas?  What were the results, because I am very interested in the subject?

Happy food security preparation, wherever you may be on this big blue/green marble we inhabit!  We are going to need it soon enough.

May all your microbes be fruitful and abundant.