Listen to the Episode Below (00:22:43)
Download Listen in a New Window iTunes Stitcher SoundCloud Leave a Review Clammr It Subscribe via RSS Subscribe on Android RSS Patreon

In the studio this week I have a chat with my daughter Megan. This is her first time on the show, and we discuss in-depth on why and how she now lives a vegetarian lifestyle. 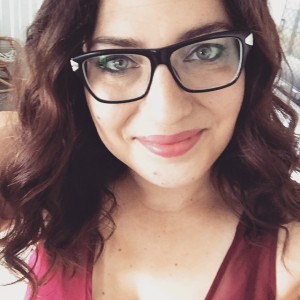 It is amazing that she only embraced vegetarianism a year ago and it has changed her complete outlook on life.

I am one proud Dad!

During the show we talk about;

And finally, do you think this podcast episode will help someone you know?  If so, help them out by sharing it using the social media buttons below.  And if you are super excited about what you have heard during this episode, pop on over to iTunes and leave a rating and review using the button under the player. 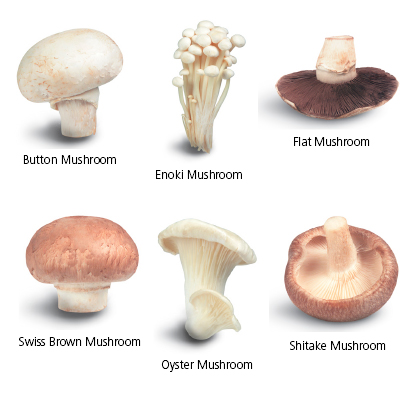 I can honestly say that I am a newbie to growing mushrooms, with practically zero experience in growing this fungus.  That is why I am so excited, and am starting The Great Mushroom Experiment.

But lets start at the very beginning.  Why do I love mushrooms?

When I was a wee lad living on a dairy farm in Loxton North in South Australia, you couldn’t buy mushrooms in the grocery store, or if there were mushrooms they were way out of reach of our budget.  The only mushrooms we could get our hands on were in one special paddock on the farm which we named the cows graveyard.  A fitting name, as there were old cow bones scattered among the pasture.

However, these must have been special bones, because once a year, in the middle of winter, mushrooms grew in abundance.  Mum always knew when the best time was to pick them, and we only ever picked enough for our needs, leaving about half of them behind.  This was so that they could rot down and release spores that would provide mushrooms for next years harvest.

Mum would show us how to pick them, usually cutting the stalk near the base of the fungi so as not to disturb the white fuzz (mycelium) from which other mushrooms would grow.  We could always tell the difference from toadstools that grew in the neighbouring paddocks, as the mushrooms were not slimy on top and did not go yellow when bruised.

Mum would carry them home in a basket, peel the skin off the cap, slice then gently sauté them in freshly made butter from our cows.  They would be served as a side dish to a big steak from a recently butchered steer.  Dad and all us kids loved these winter mushroom feasts, and I remember them with such fondness.  It was very satisfying to know that we had found and picked the mushrooms ourselves, and that mother nature had provided us with such bounty.

Fast forward to the present.  Mushrooms can be bought in all supermarkets and green grocers and are commercially produced in all cities around our wide brown land.  But they are expensive.  Last I looked, button mushrooms were selling for about $10 a kilogram, and shiitake about double that price.  Don’t get me started on the price of other exotic varieties!

These commercial mushrooms are grown in big humid rooms that are temperature controlled, man-made caves, or reclaimed railway tunnels.  Not very sustainable as they use a heck of a lot of energy to emulate the right conditions for them to grow.

There has to be a better and home scale method of growing mushrooms. 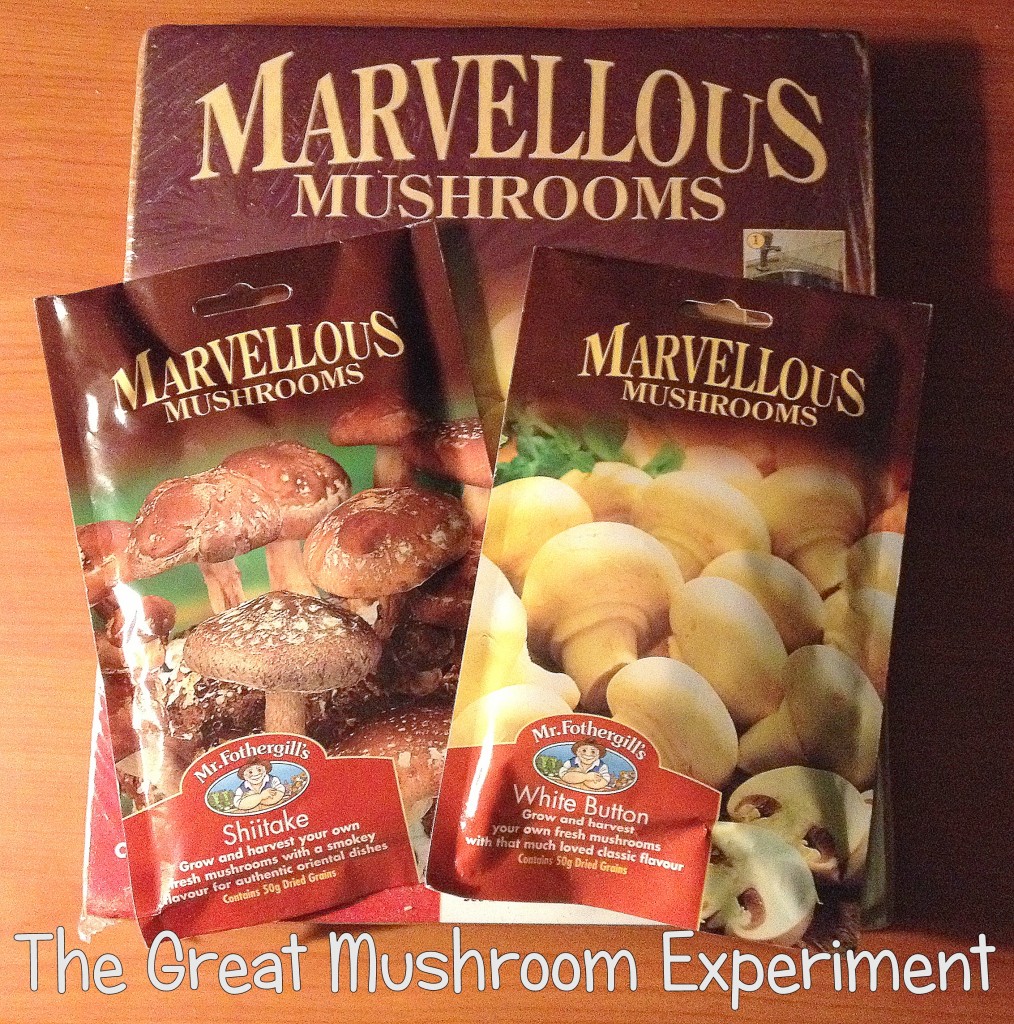 It made me wonder if I could try to grow my own mushrooms.  How cool and sustainable would that be!

In the past, I have had limited success.  I tried growing mushrooms from those mushroom kits packaged in Styrofoam boxes which cost about $20 all up.  We managed to grow a small crop, but we forgot to water it for a few days, the mycelium died, and so did the baby mushrooms.  Plus the box is an environmental nightmare, and difficult to recycle.

So you can imagine my delight when I found a new type of mushroom kit in my local hardware store as I was searching for a packet of broad bean seeds.

I don’t normally promote specific products (this is not a sponsored post – which I never do), but Mr Fothergill’s Seeds have branched out to include some mushrooms varieties.  I snapped up two packets straight away, and some mushroom growing boards, that are made from poplar.  It cost me $30 in total and I hope to grow at least 4 kg of mushrooms to make it worth my while.

The growing boards are only used for Shiitake and Oyster mushrooms.  Alternatively, the instructions mention that you can use any kind of hardwood log (except conifer), which I might try as well.  The white button will be grown in a box filled with cow manure, straw, and some garden soil (I have yet to make the box), so that should be easy enough.

The mushroom spores are carried on cereal grains which are then dried.  The good thing with these kits is that there is not much too them, and the instructions are very comprehensive.  This fact sheet helped me gain a better understanding of the process.

So tomorrow I begin The Great Mushroom Experiment.  It should be great fun learning how to grow mushrooms, and to see if I can produce a sustainable harvest, just like we did back in the cows graveyard all those years ago.

Wish me luck!  Have any of you had any success growing mushrooms, and how did you do it?

Hands up if you love a good roast dinner?  Keep your hands up if you think that a roast is still possible without meat?  I saw a few hands go down then.
So what if I told you that it was extremely possible to make a roast dinner without any meat!  It is true, look at the picture below.  Yorkshire puddings, home-grown roast potatoes, steamed carrots, cabbage, and broccoli, and a meatloaf.  Or is it? 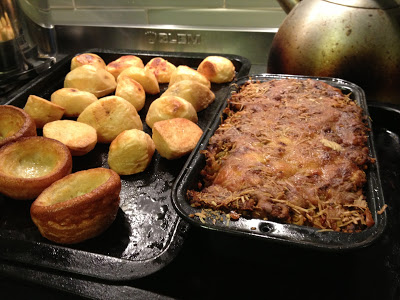 Kim substitutes the meat with a Veggie Loaf, and it tastes delicious.  So delicious in fact that she regularly gets requests from the kids to make it.
Now being the nice lady she is, she offered to share the recipe with you all, so here it is. 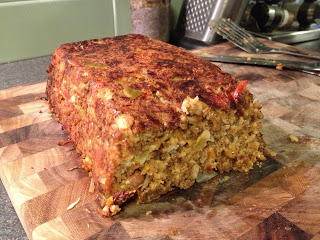 We have not had a meat based roast since we started to reduce our meat intake, back in December 2011.  I am not missing roast meat very much at all.

Who else has a similar veggie dish that they can’t get enough of?  I would love to hear about it.