With the addition of 4 new chooks to increase the flock to 8 hens, it was starting to get a bit crowded in Cluckingham Palace.  I decided to do something about it over the weekend. 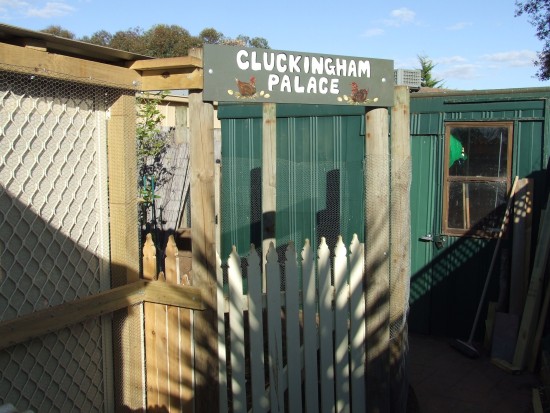 Way back when Dad and I first built the extension to the nesting boxes/sleeping house, we only had 4 hens, so it was adequate back then.  But times they are a changin, so I decided to make a little more space. 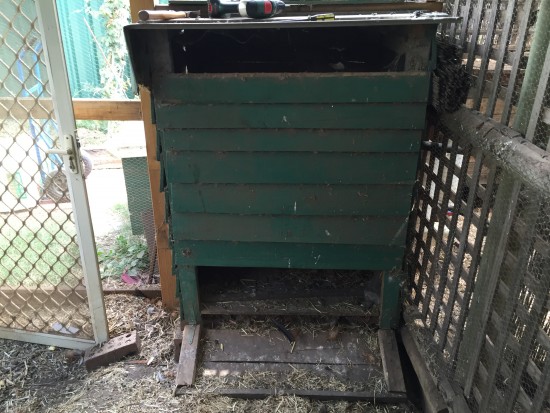 It was dark inside, hard to clean, and not enough space.  I figured that their cage was always locked at night time anyway, so I could not only remove all these boards, but get rid of the little flap at the bottom as well.

So I set to work. 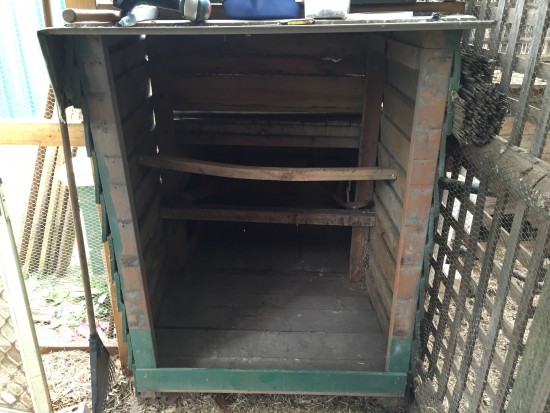 Once I removed the boards, the door flap, and placed them aside for later reuse, I was surprised on how much space there actually was inside.  I fixed the taller perch in place with more screws as it had moved and was unsafe.

Then I mucked out the house, fastened a kick board to the bottom so their bedding wouldn’t get scratched out, and replaced it all with fresh sugar cane mulch which is nice and soft.

It was so easy to clean out.  I just used a leaf rake then scooped up all the dried manure and bedding into a large bucket and piled it into a garden bed to dig in later. 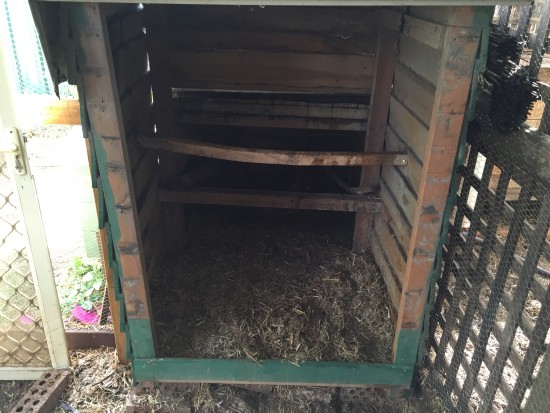 I also gave it a brush down inside and out with a stiff brush to remove any cobwebs and spiders.  There were a couple of White-tailed spiders living inside, so I quickly dispatched them with the back of the hand broom because I didn’t want any chooks eating them and getting sick.

So now that there was more room at the inn, I also removed a garden bed that I had previously placed in the cage and had filled with sand and ash as a dust bath.  The girls had other ideas and never used it, so I dismantled it and put it into storage until required.

I then set about adding a big perch for them to rest on during the day.  I had a long piece of cypress pine left of from a previous project, so fixed that in place at a decent height so they would feel safe. 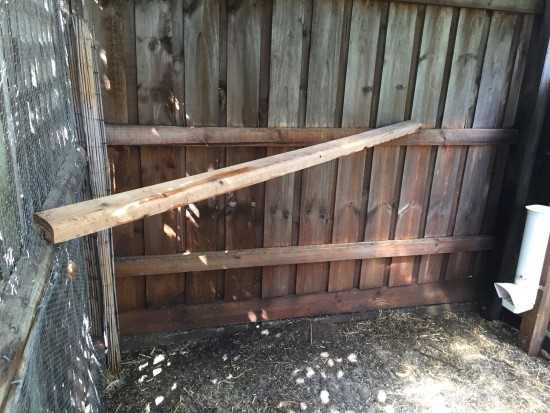 I fixed it in place with long screws at either end so it wouldn’t move.  It’s a very solid piece of cypress so it won’t bow in the middle.

One of the new girls decided to try it out after I gave Cluckingham Palace a wash down. 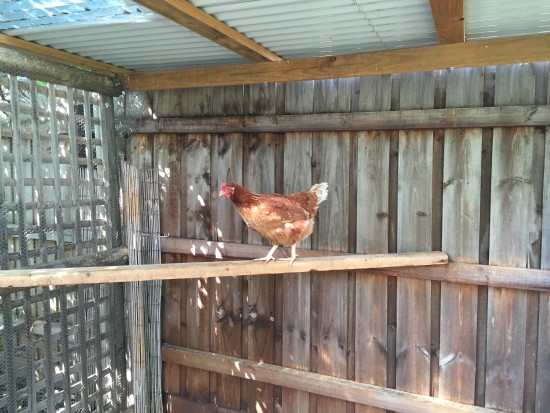 Once that was fully tested, I moved on to checking the chicken wire.

There were some bits that had come away, so I used fencing wire pins to nail them back into place.  Not that I had seen any foxes in our suburb, but better safe than sorry. 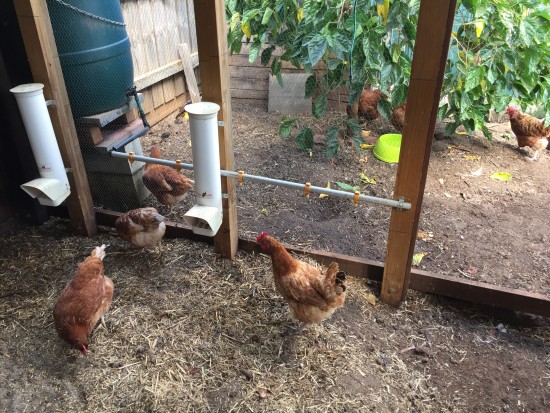 So with the renovation completed, I took the time to just be.  I pulled up an old coconut oil drum and sat and watched the girls in all their chooky glory and enjoyed the show.  It is something that I should do more of because they are just so funny and it fascinating to watch the new pecking order develop.

Well that was most of my Sunday activities which were long overdue.  So glad that I got stuck into it and got the job done.  I’m very satisfied with the result of the Cluckingham Palace Renovation.