This is a little gardening tip that I learnt from watching Vasili’s Garden a few months back.  Vasili was filming in the garden of an old guy of Italian decent and he asked him how his vegetables grew so vigorously.  The old bloke took him behind his shed and showed him this brew in an old 44 gallon drum that stunk to high heaven.  So I decided to make some myself!

Back in November 2011, I found a bucket of sheep poo that I had forgotten about.  I divided it into two equal amounts into two 20 litre buckets, added about 2kg of chicken manure then topped it with water and stirred it for about 10 minutes so that it was all nice and mushy.  Then I popped on the lids and left them in the sun.

Fast forward to January 2012.  This is what it looks like now. 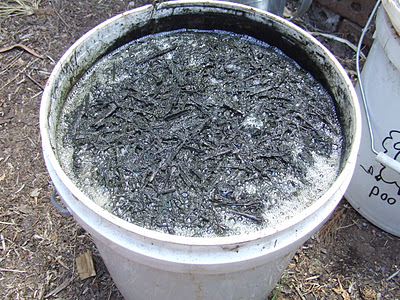 It stinks really bad, but I know it is full of goodness for the garden.  I usually give it a stir to mix it all up. 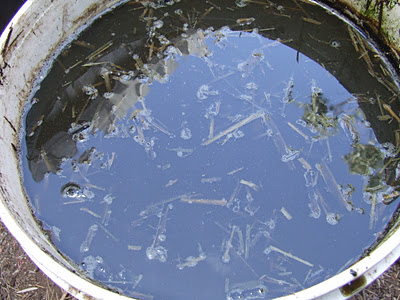 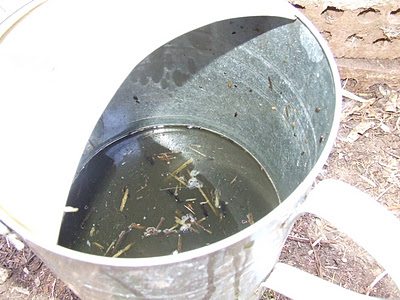 Then I top it up with water from one of my rainwater barrels. 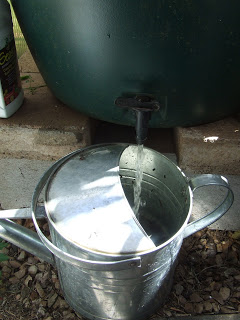 I mainly use this for my fruit trees, and over the last month they have a renewed vigour.  After I have watered them or it has rained, I make up a few of these and pour on half a watering can for each tree.

Maintenance is easy.  You just top up the stinky bucket with more water, 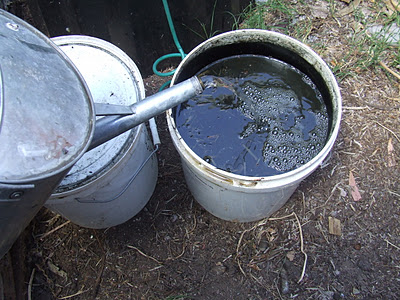 Then give is a good stir and pop the lid back on until you next need it.  What could be any simpler?  I have been using it since the beginning of the month, and my plants have gone ballistic!  Their growth has amazed me. 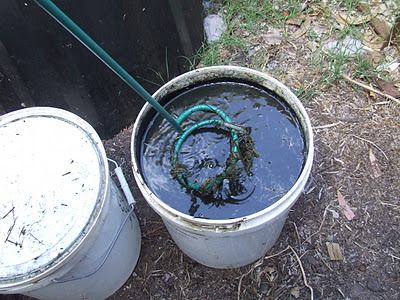 The other form of home made liquid fertiliser is from my worm farm.  Here is a picture of it below. 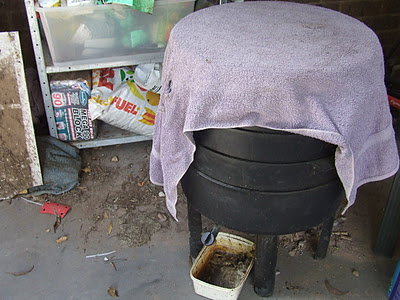 To gross you out even more, here is a close up of the little bugger having a feed on some avocado.  They just love them. 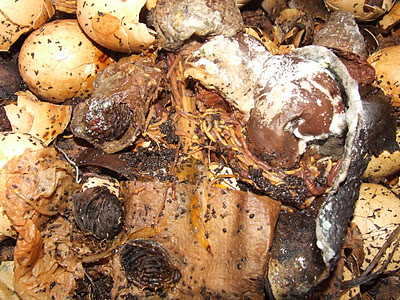 So as a husbandry measure, each month I pour about half a watering can of water through the worm farm to keep it moist.  Then I collect the valuable liquid in a 2 litre ice cream container. 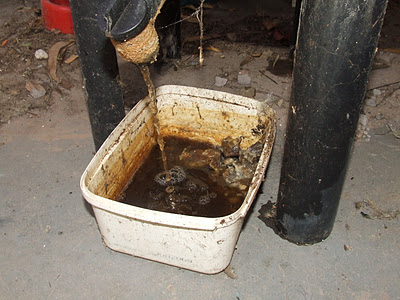 I then add 1 litre to the watering can, and then….. 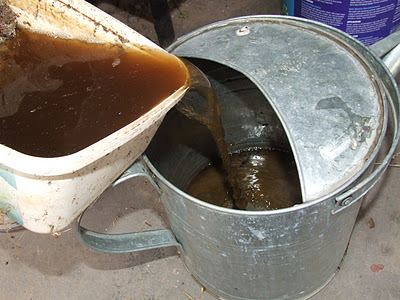 you guessed it, top it up with water. 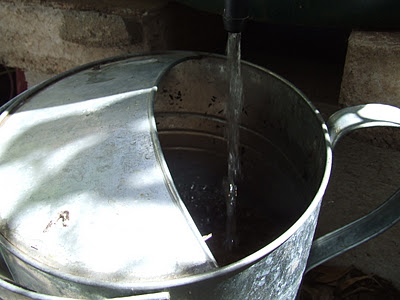 I use this on vegetables after I have already watered them.  As with all liquid fertilisers you have to be careful because if you only give the dry soil fertiliser, then the plant has no choice than to suck up all the nutrients.  Plants prefer to take it up at their own rate, not in one big hit.  So hence the watering before adding this brew. 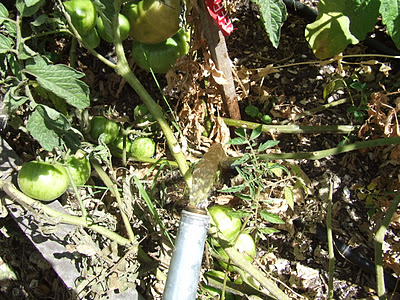 Both fertilisers are so easy to make and not only help the plants, but add life back into the soil in the form of microbes.  So if you have a particularly poor soil, don’t just use this type of liquid gold.  Make sure you add lots of organic matter (some dig it in, some don’t), and mulch, mulch, mulch.  It won’t be long before you have healthy soil, and the plants will thank you for it in the form of an abundant crop. 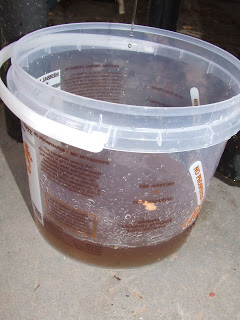 Does anyone have a different method?