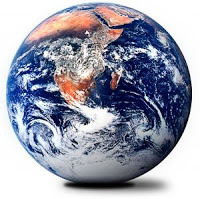 I often get asked by people I meet, why do I do the things I do. I usually reply “Why wouldn’t I try and preserve the world we live in for future generations?” or “I don’t want my grandchildren to ask me some time in the future, Grandpa, why didn’t you do something to help save the planet?” By describing my lifestyle choice in that manner, I find that the answer doesn’t sound like a personal attack about their own choices. Usually the person then wants to know more about how our family lives, because I didn’t get them defensive by my answer, and the conversation flows in the direction I like to take it. That is not to say that I don’t get angry sometimes when I observe wasteful habits and talk to denialistic people.
So far, I have found that if you tell them what you believe are the errors of their way, then you receive the opposite response that you were seeking. If the person doesn’t know you, then you mainly receive anger as a response, usually because of ignorance and ego, then are perceived as an arsehole, and not the planet saver you think you are! No-one wants to be seen to be doing the wrong thing in the eyes of their peers, so many don’t have the courage to go against the tide, and common norms.
With this simple understanding of human nature, the oft quoted Gandhi comes foremost to mind, “Be the change that you want to see in the world”. I know it is used a lot, but I like it and resonate with it. Along my journey, I believe that I have influenced more people with this method than any other. People want to feel like they belong to a greater cause and are curious about new and interesting concepts. By passively showing people the simple changes they could make in their lives, they feel inspired and then question their own values and beliefs. Then they go about making changes, which others then observe, therefore creating a butterfly effect.
Activism has its place of course, but I believe that it is mainly a political tool that should only be directed at politicians, and not at the general populous. Tools like rallies, marches, protests, and petitions make politicians squirm in their electoral seats, mainly because they think that if one person out of a hundred have the courage and will to speak out about an issue, then many others probably think that way as well, and may use their vote at election time to express those concerns. It is in this way of thinking that minority groups get results, when others don’t. It works, but oh so slowly as a form of change. Just look how long it has taken our elected officials to take action regarding climate change, when they were made aware by the scientific community in the 1980’s.
I do my little bit towards activism, but it is only one small part of who I am. Those of us who practice a sustainable lifestyle in any shape or form, are often viewed by the rest of the community as non-conformists, hippies, eco-activists, weirdos or other such labels. They fail to realise that we are all in this together and that we are also sons/daughters, mothers/fathers, grandmothers and grandfathers and that we all share the same planet. Firstly and foremost, I am a father and a husband, and I have a responsibility to ensure a sound future for my children, whatever form that may take. As the apple doesn’t fall far from the tree, my children notice how I behave and form a set of values by observing my actions on a daily basis. For me, this is the core of who I am. A protector, provider, and mentor, not in a monetary sense, but in a value setting sense. I am who I am, and the children are influenced by that.
So how do I stop from being openly angry about the way the majority of civilisation is heading and treating the planet? Well, sometimes I don’t. Kim and I discuss the issue, I vent or she vents, and we usually agree, but then get on with our lives. To accept that you only have a small sphere of control helps, and so does the fact that you can’t take on the burden or guilt of the entire human race. Being openly angry at people who are not as far into the journey or who are unaware only alienates them, and does more damage in the long run than good. It has taken a bit of practice to hold my tongue sometimes, but now it comes as second nature. I just absorb it and move on. What also helps me move forward is the old adage, “Think Globally, Act Locally”.
Sure, you can learn and think about the mounting global crisis, but if you only think in this way, anxiety, worthlessness, and a sense of overwellming sets in and thus leads to inaction and denial. However, if you think about the small, but significant actions that you can take in your own backyard, then all things don’t look so bad or scary. I believe that if more people act locally then all of those local actions eventually become the sum of its parts, and therefore become a global action. Yes, it takes time, and time that we don’t really have, but hopefully, not as long as it takes global leaders to act.
It is up to the citizens of the world to make the changes for the better, so lets get on with it, and change a little bit of our local world today!