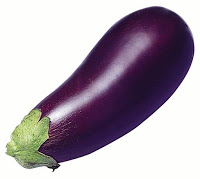 Well, we have been doing a lot of cooking and baking around the house of late, and I thought it was time for an update.

I made some more strawberry jam on Sunday from a 500gm box of local strawberries that were marked down to $1 because they were one day away from expiry date. It is just crazy how supermarkets just mark it down, and the next day throw away perfectly good food. I should have bought more and frozen them. The dumpster divers would have a field day around here. Anyway, I got about 700gm of jam which I put into one large jar that I tucked up the back of the preserves cupboard, away from Amy (who loves my strawberry jam) and put a little jar in the fridge just for her.

Kim has been busy baking today whilst I was telecommuting. She made pizza scrolls that are made from damper dough, rolled flat to about a centimetre thick, and then she spreads tomato paste all over. Then she covers the paste with finely chopped ham or devon, some herbs and then rolls up the dough like a Swiss roll. She cuts the roll into 2cm slices, puts on greased baking trays, and bakes for 14 minutes at 200C or until golden brown. They are so yummy, and after they have cooled down she wraps each one individually in foil and puts them in the freezer for lunches. They will be gone within the week!

She also made a marble cake with chocolate icing. It was so nice, that I had to have a piece as soon as the icing was set. I hope I get a piece in my lunch box tomorrow. We have also been baking a lot of wholemeal bread in the bread maker, using pre-mix in 5kg bags. The bag makes ten 1kg loaves and is cheaper than buying all the separate ingredients, to which you add warm water and yeast. I know it kind of cheating to use the bread maker, but I have figured out that it uses 400 watts per hour, which is more economical than the fan forced gas oven which uses 550 watts per hour, and a hole lot of gas as well. I couldn’t believe it when I measured it with my Powermate. I discovered that the oven has a glowing element in it, that stays on all the time whilst the gas is flowing. What a waste of electricity, and what ever happened to a piezoelectric starter similar to gas barbecues, that used to be on older ovens? So, in hind site, I don’t think I would have bought that model if I had have known. Who would have guessed that, in my case, it is more sustainable to use my bread maker due to my solar power and GreenPower for the remainder I draw from the power grid.

On Saturday night, Kim was craving for a chicken casserole, so she dug up an old recipe she discovered about 8 years ago. Here it is for those interested;

In a large bowl put in the frozen veg, chopped potatoes (large cubes), chopped onion, chicken breasts cut up into cubes (all fat removed). Sprinkle two packets of soup over the top of everything and mix in thoroughly. Put into casserole dish, you might need two if they are small. Pour chicken stock over mixture until you see the liquid appear, put lid on dish and cook in oven on 170C for about an hour, remove and check to see if vegetables are soft if not then continue to cook until they are. Don’t burn yourself as the dishes are very hot and so is the casserole. Serve with crusty bread for dipping into the juice. Enjoy!!! Serves six.

I can not tell you how simple and delicious this meal is. It was just right for a very cold evening, and of course the bread was freshly made at home.

Last night I cooked an Eggplant and Potato Curry, which is pretty simple and warms you up on a cold night. I bought a cheap jar of Massaman curry paste from Aldi last week for about a $1.50 and thought it was a great way to use a few of the Eggplants I still have growing. I had all the other ingredients on hand, as I buy olive oil in bulk in 4 litre drums, 5kg bags of spuds, big bags of garlic, and cheap tins of tomatoes when my home-grown ones are finished. Here is this recipe which I modified from one I found on Taste.com.au;

Heat oil in pan or wok, add onion and garlic and cook until soft. Add curry paste, cook for about 1 minute. Add potato, eggplant, tomatoes and water. Bring to boil. Reduce heat to simmer and cook for a further 30 minutes until eggplant is pulpy and potato is soft.

Serve with steamed basmati rice and microwave papadoms.
Hint: to spice it up a lot, add 1 finely chopped chilli when softening the onion and garlic.

I have three more large eggplants still on the bush and about another 30 jalepeno chillies left, and now the birdseye chillies are just ripening, and are fiery as hell itself. I will have to pickle the chillies or give some away, as we can’t possibly eat them all. I also still have 3 surviving capsicum bushes that are still producing and flowering. You just can’t keep a good plant down.

The rest of the summer crop is long gone, except for one single tommy toe cherry tomato vine that continues to hang on and give us about 10 decent sized fruit a week. We haven’t had a frost yet, so I figure that is the reason why all of these plants are still going strong. I have heard that you can cut chilli, capsicum and eggplant bushes back after cropping and they might produce again next season. I will give it a go, as they are not taking up much room. I kept some seeds from all three just in case, and will give them a go in October/November.

The winter vegetables are growing well and all seedlings have sprouted. I was getting a little worried about the parsnip seeds, but they germinated last Friday. So, I thinned out the hundreds of tomato seedlings that decided to grow from the compost I added to the bed, and now I have a nice row of parsnip seedlings.

The chicken coop is still in design stage, and I have some materials that Adam and I will begin to knock together on the weekend. Kim insists that I build a lattice screen in front of the cage so that no-one can see the mess. I will conform, and will grow purple passionfruit up the lattice. I dare say the chooks will probably eat a few as well. We are still looking for a place to buy the said chooks and will ring around locally over the next few days. I will make sure that their house is finished well before picking them up though. The last thing I want is the chooks to destroy the vege patch!

Well, that is all of the weekends sustainable news, so enjoy yourselves, and try and live a little more sustainable each day!