So glad to be back on my feet again after so long recovering.

I put all this healthiness to good use, and helped Kim today spruce up a little looked after part of the garden. We fondly call it our lamp post garden, for reasons that will become obvious as you read further.

It is too dark and shaded to grow vegetables in, although when we first moved in 14 years ago, it did have a very old apricot tree that was on its last legs.  We since cut the tree down as it started to rot.

It is also an area that has lots of ivy growing over it.  We keep the ivy there because it is growing up a west-facing wall, and it acts as shade for this brick wall.  If it wasn’t growing there, our bedroom would be unbearable to sleep in during the summer months.

We have a love/hate relationship with it, and will probably never remove it completely as it does such a good job at keeping the house cool. 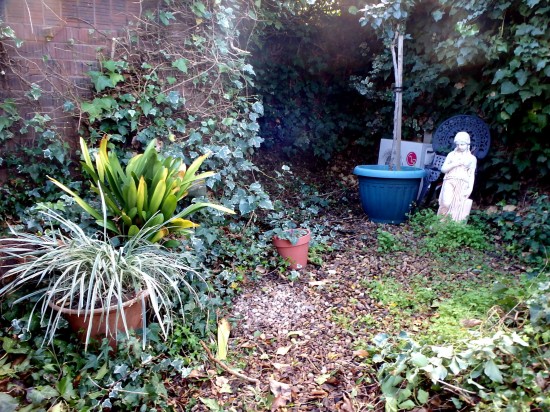 It was overgrown with ivy and started to look quite tatty.  To make matters worse, a couple of weeks ago during a very windy day, a massive branch that Kim was attempting to train over the gate snapped off and we had to remove it.

With some birthday money, we headed off to the nursery and bought some perennial blooms to give the spot some colour.  Kim tells me that this is to attract more bees to the garden, which I am all for. 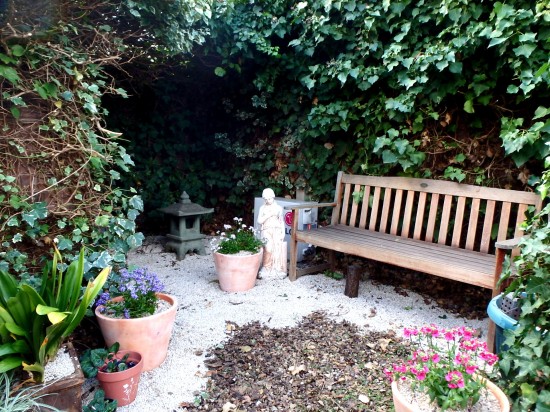 Starting to look a bit brighter

Kim has also been after a bird bath for quite some time, so we found a nice glazed clay bath, and we placed that in the garden as well.  Maybe the birds will stay out of the dogs water bowls now.

We also had quite a bit of white pebble left over from landscaping the pool area, so after we cleared away as much creeping ivy as we could, we laid down bucket after bucket load of pebbles to it brighten up.  This did the trick, although we didn’t get the job finished.  My knee started to swell up, so we stopped work for the day. 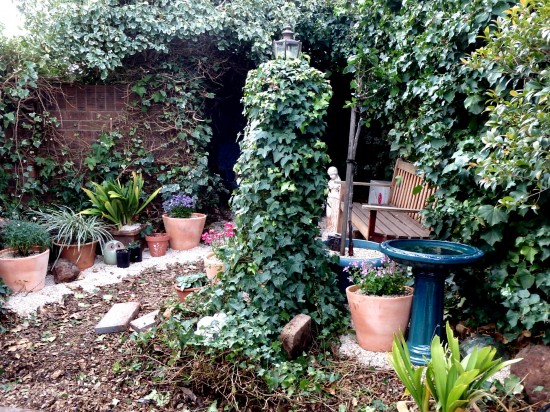 I still have to put in a wooden edging as the part of the garden is higher than the veggie patch.  It will also help keep the small white pebbles from moving around. 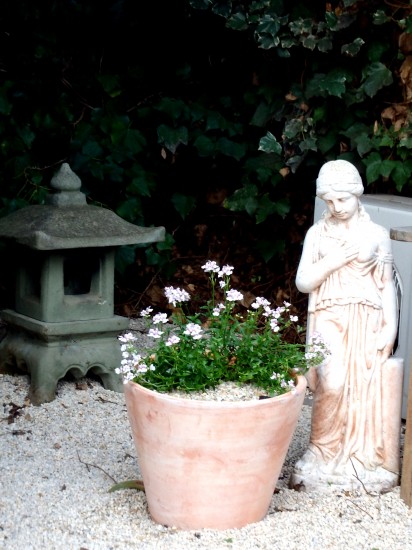 The temple was buried under the ivy!

Although it is not quite finished, we are really pleased with the results.  A few more buckets of pebbles and the job will be done.

I will post pictures of the completed project next weekend.

I love being out in the garden, don’t you?