A very interesting thing happened over the last few days.  Energy Matters, the company who installed my solar panels and inverter contacted me to perform a case study about our solar power system.

I am happy to say that after nearly 7 years (installed 4th September 2007), it is still going strong with no flaws whatsoever.

Here is an extract of the case study;

More than 6 years after installation in the Melbourne suburb of Melton, Gavin Webber’s Energy Matters solar power system is continuing to generate high levels of solar electricity  – as we would expect!

“Our 2.8 kW system has generated a total of 24.668 megawatt-hours since installation without flaw,” says Gavin.

You can read the rest of the case study here; Solar Power Case Study – Webber Home

The case study was fairly accurate, however I took the liberty to break down the numbers further.

The estimate of the value of the electricity is very conservative.  The daily average generated over its lifetime is 10.34 kilowatt-hours.  I worked out that we have had our solar power system installed for 2387 days.  We received 1:1 pricing at around 25 cents per kilowatt-hour for 575 days which equals about AU$1486.38.  This was before a feed-in tariff was legislated here in Victoria, Australia.

So the grand total of electricity generated is AU$13,852.19 over its lifetime.  Now dear reader, that is not what I received in my hand during the period.  That figure is what the electricity was worth if I exported it all back into the grid, which is not how a system like this works.

If the system is active i.e. the sun is shining, our house uses what it needs first (depending on what appliances are on), then it exports to the grid.  If the demand in the house is more that what is being currently generated, then it draws the additional energy from the grid.  Similarly at night, the solar power system is off, we draw from the grid until the sun rises again.

This is how the vast majority of grid tied solar PV systems function, unless it is a hybrid system (augmented with a battery bank).  There are, of course, off grid systems which rely completely on batteries for storage, and sometimes require a diesel generator for backup.  We do not have this type of system.

Also, if the grid goes down for example a blackout, our inverter turns off and we lose power to our house.  This is because if the power company is working near our home, and our system is active, it will not pump electricity into the line while they are working on it.  A fair enough safety feature.

Don’t forget that you should perform some half-yearly maintenance to get the full capacity out of your system.  It is easy to maintain, and the panels only require cleaning with a squeegee.  More details can be found in this post, titled 4 Maintenance Tips for Solar PV at Home.

In addition to the financial benefits, the environmental ones have been massive.  Without investigating, I originally sold the Renewable Energy Certificates for the system.  This meant that the carbon reduction was sold off to whoever bought them on the market.

To correct this mistake, I ensured that I purchase GreenPower from my electricity provider, which, in effect, is the same result.  I estimate that we have reduced our greenhouse gas emissions by over 6 tonnes of CO2-equivalent per year.  That was over half our carbon emissions when we measured it at the beginning of our journey.

Also, we noticed that our behaviours changed dramatically.  Because we generated our own electricity, well most of it, we became more aware on how much we wasted.  All the teenage kids who were living at home at the time pitched in, but none more so than Ben who was seven at the time.  He was like the electricity police, telling the other off all the time for leaving appliances switched on when they were not in their rooms!  Brilliant stuff, and an effect that we had not anticipated. 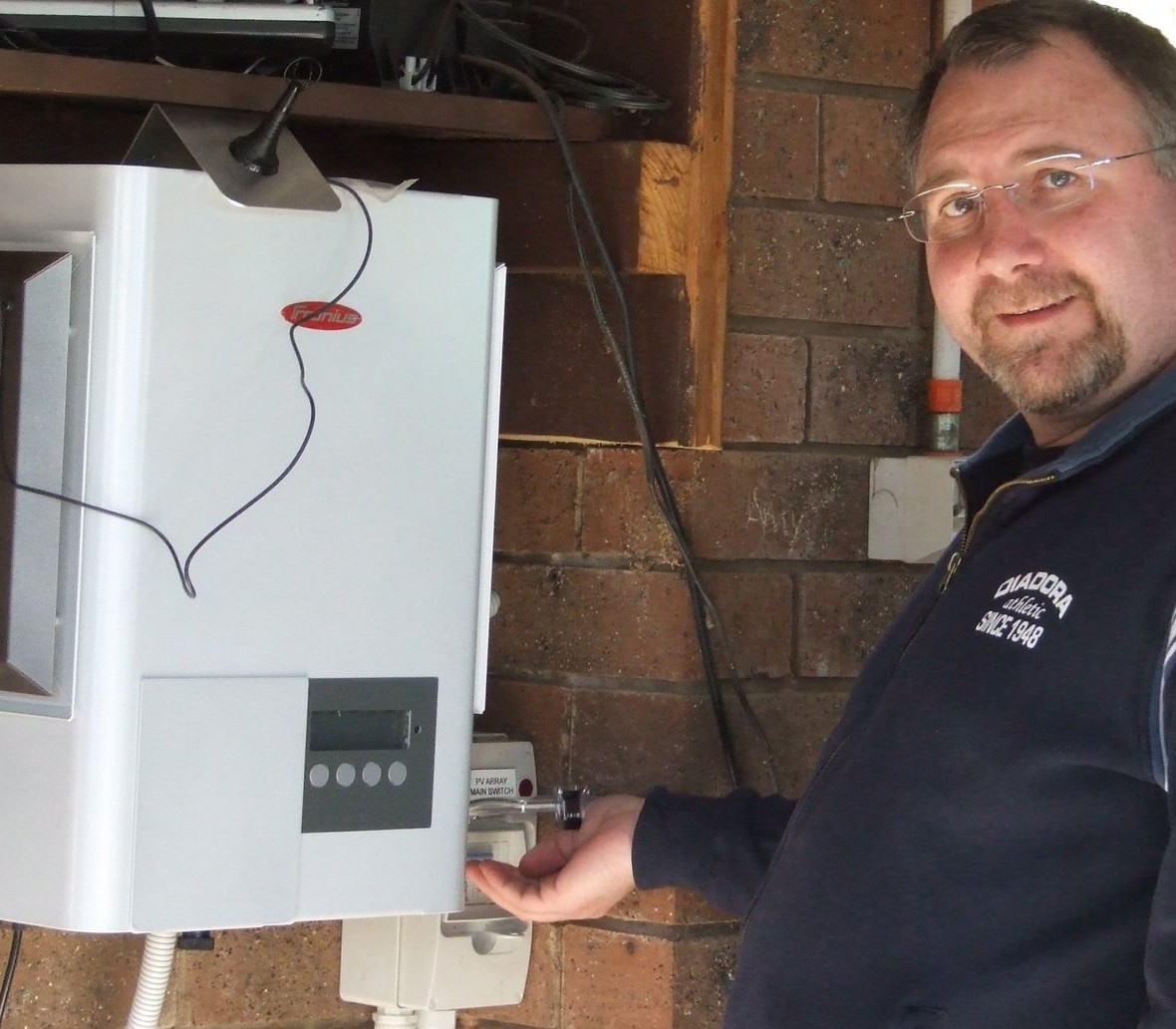 I love it.  I love the thought that all our electricity comes from green sources and that we generate most of our own.  I love the fact that we have no electricity bill (averaged over 12 months) and that I can use that saving to pay down the mortgage much quicker.

Even though there are not as many government rebates and that feed-in tariffs are lower, the cost of solar PV systems have dropped 10 fold.  It is still worth getting one installed on your roof.

Who has taken the leap to solar PV, and what do you think of your system?