When I was a kid in the 70’s we used to watch a UK TV show called “The Good Life” (in the US they changed it to “Good Neighbors”).

The show was about Tom and Barbara, a married couple of 40 somethings, who decided to totally drop out of the rat race and go self sufficient in a somewhat posh suburb in London.  They rotary hoed the front and back lawns, planted veggies, got chooks, a milking goat (Geraldine), raised two pigs (Pinky & Perky), and lived a hard, but very good life.

Tom and Barbara also had neighbours called Jerry and Margo, which were the total opposite.  Jerry was a brown nosing executive working in a company that made plastic toys for cereal boxes, and Margo was the lady of the house, and was well, just Margo.  Both had respect for Tom and Barbara after a get together over a bottle of pea pod wine or six.

Here is a clip to set the scene.


I really enjoyed it as a kid, but as I already lived on a dairy farm, I really didn’t understand what the fuss was about.  I thought that everyone lived like we did.  How wrong was I.

Now I am older and wiser, I still love to watch episodes of this show which was well ahead of it’s time.  I also live in the suburbs.  Starting to sound similar?

So how does Gavin and Kim compare to Tom and Barbara?  Well lets see, shall we.

Tom has worked as a draughtsman, a job he disliked. He feels his life is meaningless, nothing more than work and consumption. Becoming self-sufficient is his idea, but Barbara, after expressing concerns, supports him. Tom is determined to succeed at self-sufficiency, and is mostly cheerful about his new lifestyle. Tom is obstinate and pigheaded, often to Barbara’s detriment or irritation. On the few occasions that he is pessimistic, Barbara becomes the optimist. 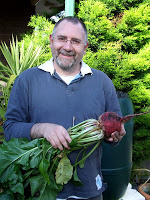 Gavin still works as an IT professional, in a job that pays the mortgage.  He woke up one day and felt like his life was off the rails, spending all his dosh on crap that didn’t make him happy.  It was his idea to cut his family’s carbon footprint, and initially Kim supported him begrudgingly   Gavin is determined to keep living a sustainable lifestyle, also trying to cut his family’s cost of living.  He is cheerful about his lifestyle, singing to the chooks when he can get away with it.  Gavin is obstinate and sometimes pigheaded, full of hair brained ideas, always to Kim’s irritation and resistance.  When he gets down in the dumps, Kim kicks him in the arse and motivates by telling him to look around at all the great work and to wake up to himself, in a most loving manner of course!

Well this comparison exercise surprised me.  Our personalities are quite similar, with the big difference being that I did not give up my job, and attempt to become fully self-sufficient in the suburbs.  We have achieved partial self-sufficiency with minor reliance on the big AG to feed us, and money from the job to keep paying off the mortgage.

Lets see how Kim compares, shall we?

Barbara is a normal, middle-class housewife when the series begins. While she sometimes wilts under Tom’s determined and dominant nature, her sharp tongue puts her on an equal footing. She is the heart of the enterprise, while Tom’s engineering brain designs and builds what they need. She yearns for lifestyle and luxuries but her own determination to succeed, with Tom’s single-minded persuasion, keeps her going. 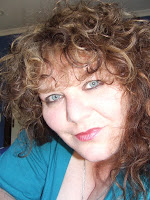 Kim is a normal, middle-class housewife when Gavin has his green epiphany.  Whilst reluctant at first, she soon saw the benefits of living a simpler life.  She is the queen of the house, with Gavin maintaining the outside, providing the home grown produce, which she harvests willingly.  Kim  realises that that the old lifestyle did not make her happy, and was just full of consumerism.  She is now determined to educate others, and to reap the benefits of their new lifestyle.  Occasionally Kim slips into Margo mode, and tells Gavin to clean things up, and make things look nice around the garden, which he reluctantly does.

Kim is quite like Barbara, sexy without the dungarees, and loves harvesting produce.  Whilst Gavin does most of the hard graft with the help of his kids, Kim is the ultimate designer and supervisor.  She excels in home-making including arts and craft, which is a full time job when Gavin is at work.  She has been known to sing to the dogs and chickens, water the veggie patch, throw scraps to the hens, all with a smile.  However, it is her Margo side that makes me laugh the most, but with concern about things that are the opposite of what Margo would have worry about.  Instead of worrying about what the front yard looks like to the neighbours, Kim is more concerned on how pretty the veggie patch looks for guests, and whether the compost bins are clean, or if the chickens are well looked after by Gavin.  She cares deeply about all family members and animals, and secretly wants a Pinky and Perky of her own, just as pets.

I love Kim’s split Barbara/Margo personality, because it keeps me very grounded.  Some days she is just like Barbara, ready to get mucky in the garden with me, and other days Margo takes over, and I keep my head down and do as I am told, just like Jerry did.

We love each other, just as Tom and Barbara do, and laugh along when we think of all crazy things that happen to us as we bumble along our way towards a more sustainable lifestyle.

This has been an interesting exercise, and I want to continue the comparison in the next part in which I will describe our version of the good life more closely with some amusing stories of successes and failures along the way.  That should be a laugh.

[Here is the link to part two]