What a beautiful day we had for Sustainable House Day.  It was sunny, but cool in the morning, warming up to about 18C (64.4F) in the afternoon. 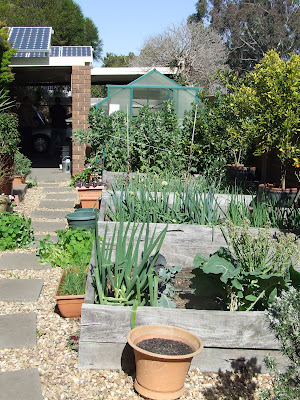 We played the tours of the garden a little different this year.  The plan was that I would be the singular tour guide and take groups around the grounds every 30 minutes.  However plans don’t always work out that way.   The first tour took 40 minutes, the second took 50 minutes, and then it took an hour each after that.  No two tours were exactly the same, and it all depended on how many questions the visitors asked.

So the grand total for the day was;

We were pleased with the turnout, and managed to get everyone around.

The gardens looked lovely in the warm sunlight, and everyone enjoyed themselves.  This year we had many more locals than in previous years, probably due to the fact that I managed to get an article into one of the local newspapers four days before the event.  Kim and I also got to meet many of the local readers of this blog, which as always was a great joy to us both.  It was so nice to show readers around the place, that before hand they had only read about. 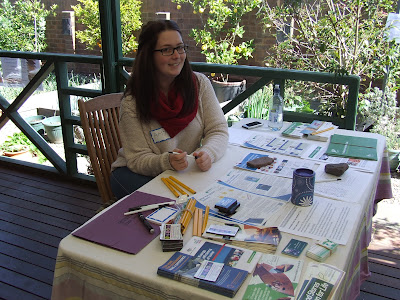 As always my daughter Amy volunteered to be the greeter who signed people in and gave away the free information sheets and magazines that we were given by the sponsors. 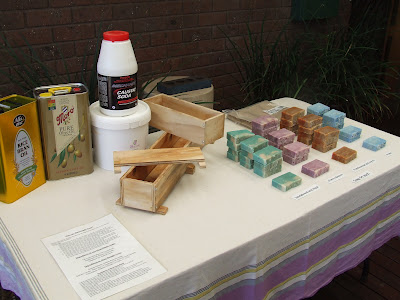 We set up a soap display showing some of the ingredients for home made soap.  Many visitors were impressed the with simplicity of how it was made, and with minimal ingredients. 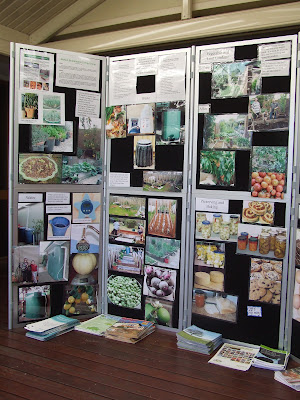 Whilst people were waiting for the next tour, Kim and the other volunteers made sure that they felt welcome with a chat and answered any questions.  The display boards were also popular and many questions were asked and answered whilst waiting. 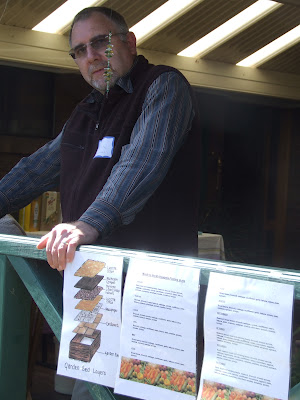 By lunch time, I had given two tours to quite large groups.  I believe that there were about 12 or so in each tour.  One of the visitors was Jessie (aka Rabid Little Hippy) and family who we had the pleasure of meeting for the first time.  She recently bought a property in Ballan which is not far from us.  She gave us a gift of a small jar of Lemon Butter (yum) and some home made dark chocolate, which Kim was so impressed with that she is going to have a go at making it herself.  Cheers Jessie! 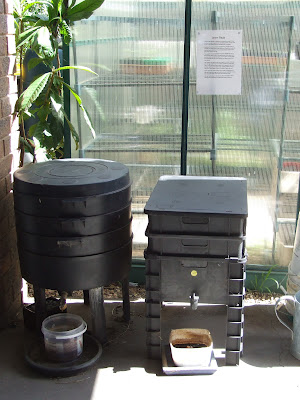 We had a few things on display, and Kim made up descriptions of each item.  The two worm farms were a hit and kids just loved looking at the wriggly worms! 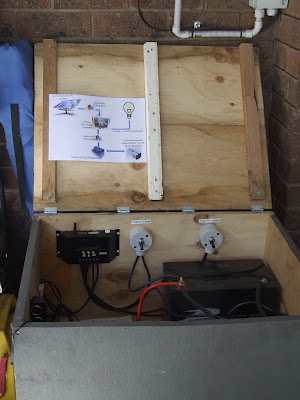 The emergency blackout box or standalone power supply was a big hit.  So many people asked if I had electrical experience, but I told them that I just read a few articles on the net and figured it out for myself.  I was into electronics when I was a kid, and was a radio operator by trade in the Navy for twenty years, but other than a basic grasp of low voltage electronics a long time ago, it was all self taught.  I should write an eBook about it I reckon. 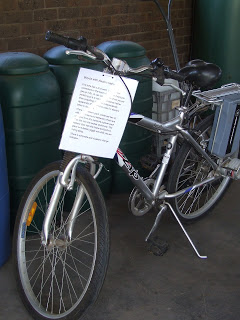 People were also amazed that I had free transportation, other than riding the bike of course.  The fact that I could charge the electric bike from my battery box amazed a few. 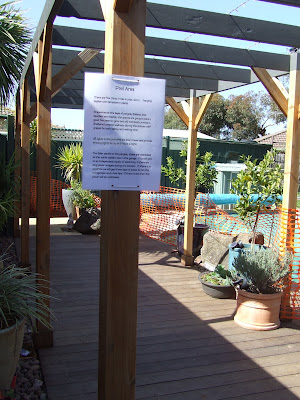 The pool are looked very inviting, however for safety reasons, we fenced off the entire area with orange temporary fencing.  Everyone liked the potential of the grape vines, and the fact that all of the lighting around the arbour and gazebo was solar LED fairy lighting.

Then the photos ran out as it got busy again.  You have already seen Cluckingham Palace, and the clay oven, which were also big hits.  The chooks put on a great show, and many fell in love with the idea of backyard chickens.  I think I managed to convince a few and dispel the myth that they smell.

I also had two displays on the oven side of the house which were the old trusty Fowlers-Vacola water bath preserving pan with lots of preserves that we made last summer, and a display of my home brew kit.  I put down a batch of my well-liked Aztec Gold beer on the Friday evening, and people saw it fermenting away.  Many were surprised with the low cost of making your own beer and the little effort it took from start to finish.

The wicking bed got a lot of attention especially for those who were thinking of starting a veggie patch.  The big selling point was the once weekly watering it needed, and that I told them that you could even go away for a week and your veggies would not be dead when you came home.

Explaining my reasoning behind removing the front lawn and planting an orchard instead was interesting to most, and hopefully a few more lawns will be ripped up around here in the coming season!  All the fruit trees looked very healthy and even a few were still covered in blossom.  I showed them the way that we sheet mulched the beds, which made sense to everyone.

That is where each tour ended, and I got a round of applause from each group or a hearty round of thanks.  Many visitors then wandered back around at their own pace to look, read and ask more questions of the volunteers.  It was quite laid back, and now rush, and some even came on the tour twice!

I must have talked for 6 hours straight, and welcomed the five minute break that Kim made me take in-between tours.  I really enjoyed the day as did Kim and all the volunteers which I thank from the bottom of my heart.  Without the members of the Melton Sustainable Living Group, the event would just not have been possible.  Well done team.

Did any of my Aussie readers manage to get to a Sustainable House on Sunday?  What did you learn?