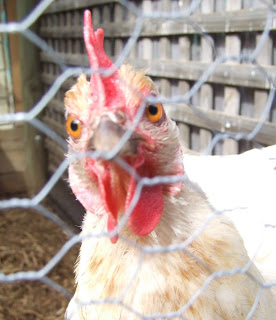 Today we had a visit from two judges from Keep Australia Beautiful – Sustainable Cities, for entry in the national competition.  As our town, Melton, won the Victorian award for 2010, we were automatically entered into the national award as well.  It is being presented in Sydney on the 1st of November.  My blog was entered again, so to add a bit more context to what I write about, Linda at the council thought it was a good idea to bring them around to visit.  I did also.

As I was at work all day, Kim held the fort at home and showed the judges around and told them about all the things I had written about on this blog, and basically showed them the evidence!  Edible garden, solar power, chooks, fruit trees, water tank, etc.

However, in preparation for this visit (and for Sustainable House Day), we had to make the front yard presentable and put all the outdoor furniture and plants back up on the deck now that I have finished oiling it and do a general tidy up.

Kim and I worked for 5 hours on Saturday, weeding the golden oxalis out of all the garden beds in the front yard, I planting two new fruit trees to replace some that didn’t make it through last summer.  I even broke out the lawn mower which I haven’t used in 6 months to mow the nature strip.  The clippings didn’t go to waste, as the chickens loved them.  Kim trimmed back some ivy around the front wall and the wheelbarrow got filled many times over.  Normally, I just would have let the golden oxalis die back as the weather go hotter, but because of the broken water pipe, it was just going feral and had to be pulled out.

On Sunday, after my visit to the gym, we got stuck into tidying up the veggie patch and the chicken garden.  Another 4 hours work.  Not too much to do, just a general clean up now that the builders had departed.  I also put up some metal wall hangings that were given to us by friends, which looked lovely.  We then cleared the garage area and put all the paint tins and brushes in the shed.  We had planned to build a potato tower, and make some soap, but time got away from us.  However, we did find the time to sit back and partake in a few bottles of home brew cider!

Anyway, Kim had a bit of time on her hands today before the judges turned up, and took these photos.  Here they are in no specific order. (click to enlarge) 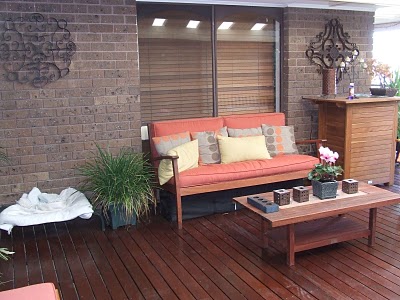 The deck area with some of the wall hangings 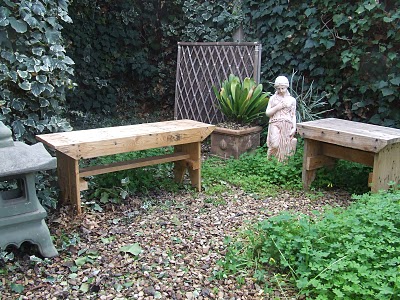 Just as you walk in the gate to the left. 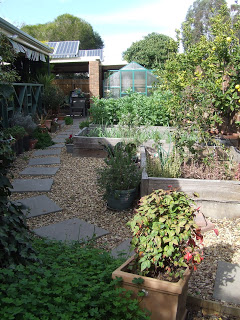 Down the path towards the garage. 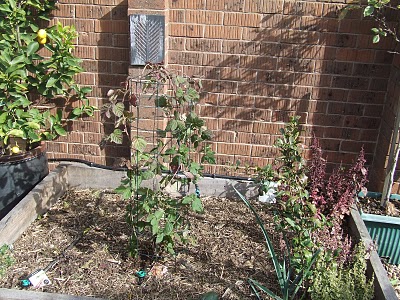 Logan berry and rhubarb (not yet up for spring). 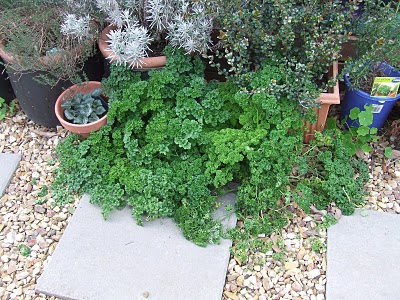 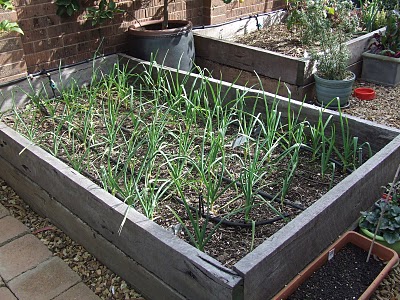 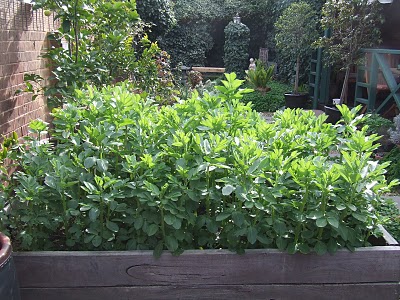 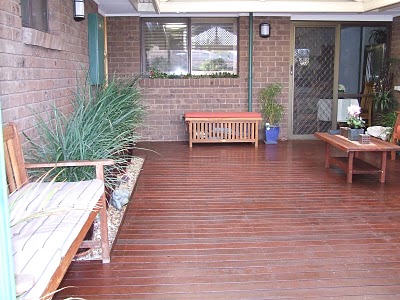 Another shot of the deck 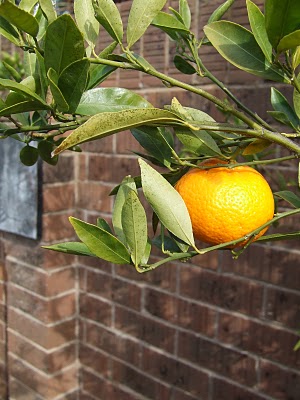 Still some mandarins on the tree. 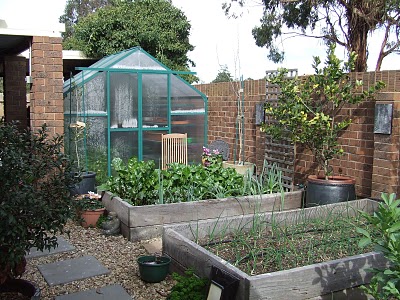 The onion and beetroot beds, and of course the greenhouse. 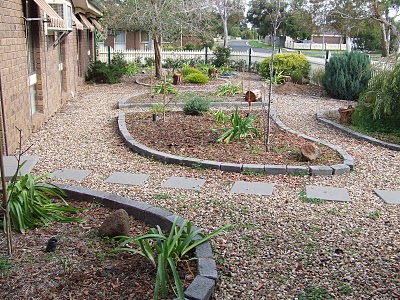 The nice, weed free front yard.  It only took 7 wheelbarrow loads to clear it! 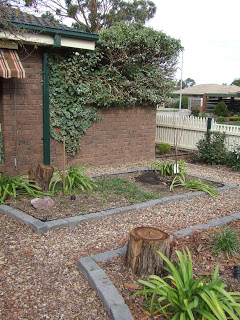 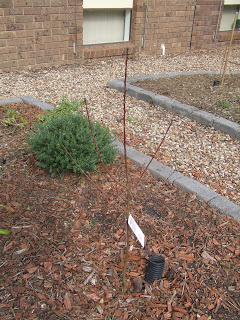 A new nectarine tree.  It was bare rooted, and was near bud burst so I had to get it into the ground this weekend. 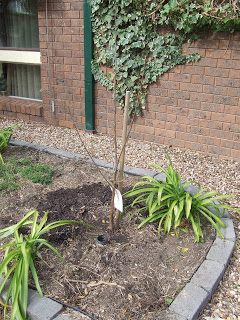 A new golden delicious apple tree.  One of my favourite types of apple.  I put it next to a Cox Orange Pippin so they pollinate each other. 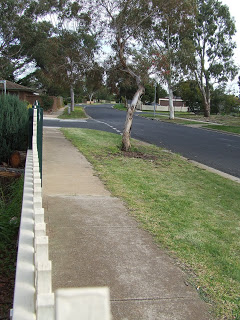 Over the fence is the freshly mowed medium strip aka chicken feed. 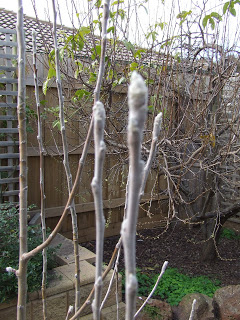 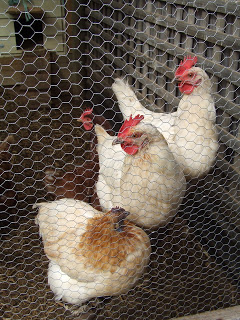 Finally, some very happy chickens on a perch I made them from our old weeping cherry tree that died a few summers ago.  Just the right thickness for the smaller chickens.

So as you can see all nice and tidy, and the fruit tree count is now up to 23 different types.  13 in the ground and 10 in large pots.  7 are already producing fruit, and hopefully we will get some apricots and apples this year as they are now 3 years old.

Did I mention that our house will be open to the public on Sustainable House Day on the Sunday, 12th September?  Should be great fun, and the Sustainable Living Group will be helping out on the day.  Kim is not going to let anyone in the house itself (don’t blame her), so it will be one big circuit of the garden with all the green features on display that we have retrofitted to our home.  Check out www.sustainablehouseday.com for other homes in your area.  I think that mine will be posted up in the next few days.

Anyway, enough fun for one post.  I hope everyone’s weekend was as fruitful as ours.