Way back at the start of the year I wrote a post about Pip Magazine.  Robyn Rosenfeldt was seeking funding via crowdsourcing to launch Australia’s first permaculture magazine in 10 years.

Listen to the Episode Below (00:37:14)
Download Listen in a New Window iTunes Stitcher SoundCloud Leave a Review Clammr It Subscribe via RSS Subscribe on Android RSS Patreon

I caught up with Robyn during this episode to see how things were progressing with the magazine (now in its second issue), to learn a little bit more about Robyn herself and her lifestyle. 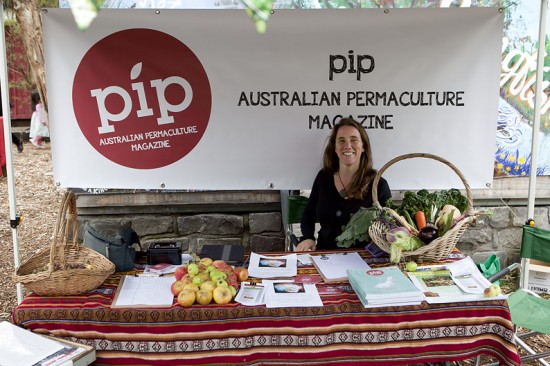 I found Robyn to be very down to earth who practices what she preaches.  Permaculture is imbedded in all things throughout her family’s lifestyle including the conversion of their 2 acre piece of land at Pambula on the south coast of New South Wales.

Robyn also talks about how she started the magazine and how you can submit ideas for articles to her.

You can find her contact details, social media links, and where to buy or how to subscribe to the magazine at www.pipmagazine.com.au

If you enjoyed this episode, please take the time to visit iTunes to rate the show and leave a review.

You can also do the same within Stitcher Radio if you use that service.

It would help me out so much, which elevates the shows ratings so that others can find out about the podcast and learn about sustainable living in the ‘burbs.

Ever thought of getting backyard chickens to augment your sustainable lifestyle?  Ever wondered if they smell, or attract vermin?  Not sure if they are right for you.

Well, let me help you out.  Let me introduce you to the way of the chicken!

Listen to the Episode Below (00:34:10)
Download Listen in a New Window iTunes Stitcher SoundCloud Leave a Review Clammr It Subscribe via RSS Subscribe on Android RSS Patreon

I have over 6 years of experience with backyard chooks, and during this episode I step you through our decision process when we first decided to get chickens, way back in 2008.

I also talk about how I build our first chook house from second-hand materials, our first flock, and a fair bit about chicken hygiene.

During the episode I mentioned the following links; 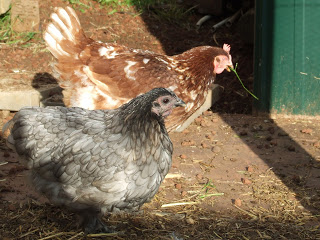 As always, if you enjoyed the podcast, please pop over to iTunes and rate it and leave a review. You can also do the same within Stitcher Radio if you use that service.

It would help me out so much, and it would elevate the ratings so that others can find out about the podcast and learn about sustainable living in the ‘burbs.

I love my backyard chickens, but they aren’t the brightest animals here at the urban farm.   It doesn’t take long to figure this out once you observe your chooks  for a while. 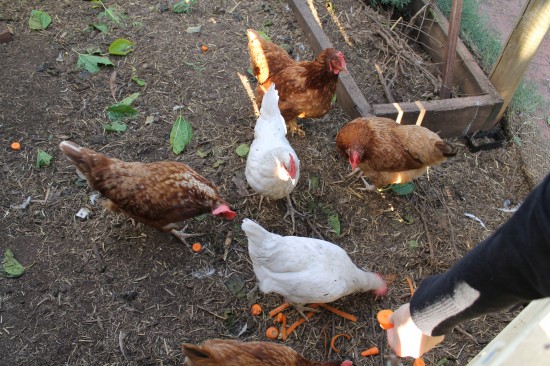 Some of our Backyard Chickens

I have a couple of clever ones who often amaze me, and I have discovered something unusual.  Let me tell you more.

There is BlackTail, who is quite apt at parkour.  Every morning she jumps up on the chicken nipple pipe, scampers sideways to the end, then jumps onto the edge of the garden bed that I installed as a dust bath.  Then she jumps down, then back up onto the pipe and repeats that until I open the door to the chook house whereby she is always the first out the door.

I don’t know many times I have seen this, but she jumps over the top of all the other chooks who are rushing for the door and gets to the handful of food that I scatter on the ground first every single time.  Survival of the fittest I suppose as I don’t think she is very far up the pecking order.

Then there is Edwina, an ISA Brown, who lives in the smaller hen-house at the front of Cluckingham Palace with her chooky friend Poppy the Pekin bantam.  Her favourite kitchen scraps are carrot peels.  She can’t get enough of them.  Lucky for her that we like carrots with most meals.  The other chooks don’t seem to like this treat, so she gets her pick.  But that is not why I think she is clever.  It is because she looks out for her friend Poppy.

She has been known to show Poppy where the best worms are when free ranging, and I believe that they are BFFs (Best Friends Forever).  They are never far from each other and follow each other everywhere.  Now don’t think that Edwina is higher on the pecking order of these two just because she is twice the size of Poppy.  Far from it.  Poppy is the boss one and she tells Edwina off any chance she can get.  One of those bossy friends that everyone has, right?  I can relate to that. 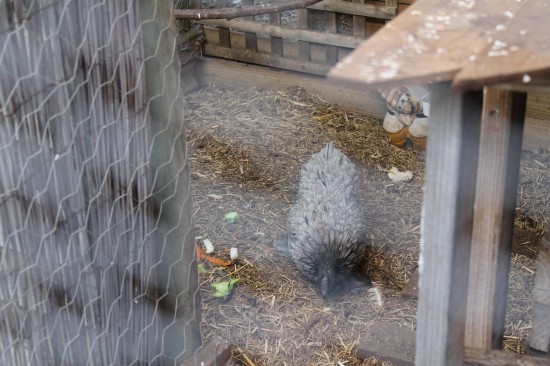 Now for the unusual.  The rest of them probably do have antics that separates them from each other, but I just haven’t noticed it.  However they do have some interesting habits that they do as a flock.

Whenever I walk past their run and into the shed, they create such a fuss.  Whether it be early in the morning when I feed them, or any other time I go open the shed door, they run to the fence and press their little faces up against it.  They do the same when they see Kim with kitchen scraps or some greens.  If I throw a snail or cockroach over the fence, the first to get it gets chased by all the other just like the end of the Benny Hill Show.  Around and around they go.  I can even hear the music in my mind as I watch them.

So after much observation, I believe that I have finally figured out what they think of us.  You see dear reader, I reckon that they have given chicken names to each of us here on the Suburban Food Farm.

Let me tell what I think they are.  As I am the one who feeds them, my chicken name is Man with Seed.  That is because whenever they see me, I have seed on me and give it to them.

As Kim gives them greens and kitchen scraps, she is known as Lady with Leaves, and because Ben collects the eggs, they call him Boy who steals eggs.

The dogs have chicken names as well.  Holly, our furry Australian Terrier cross is known to them as Fur who Pokes.  This is because every time Holly passes the chook house, she pushes against the wire and pokes Poppy off of her perch.  Quite funny to watch.

Teddy, our white West Highland Terrier is known as Fur who Stares and Pees.  Every time Teddy wanders past the chook house, he stares at the chooks, then pees on the chicken run fence.  Hilarious to watch Teddy in action.  Very predictable. 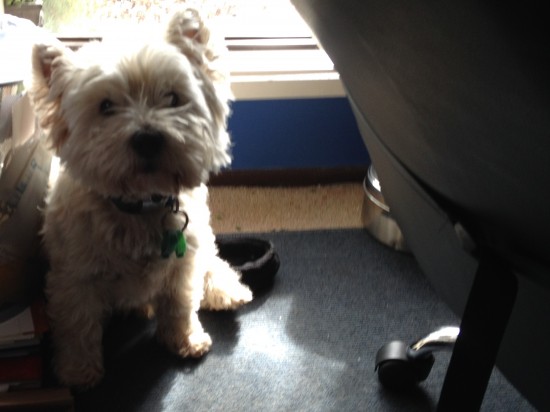 Fur who Stares and Pees (aka Teddy)

So there you go, those are our chicken names courtesy of the girls from Cluckingham Palace.  Enough chicken talk for one day.

This is Man with Seed, signing off for the day.  I have to get Fur who Pokes off my lap and help Lady with Leaves make dinner!

Love those chooks.  What do you think your chickens have named you?