This thought-provoking video titled Pale Blue Dot was first part of the original Cosmos series and is narrated by Carl Sagan.  It has since been edited to include new footage.

As Carl Sagan rightly states, we only have one home and are treating it like an open sewer.  It is like we have a devil-may-care attitude.

Watch it all the way to the end, then let me know what you think you could do better in your own lifestyle on our pale blue dot to make it a lot more sustainable for future generations. 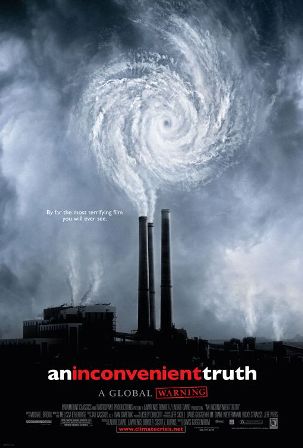 Eco documentary directors and producers want to change the world, or at least their little part of it.  The only trouble is that they must have an audience willing to watch them.

The good news is that I love watching eco documentaries, and many have influenced my thinking.  In fact, I have watched so many of them, that I want to share a few of my favourites that influenced us the most.  I have only posted the trailers of each documentary, but I am sure with a bit of searching you could find the full version on-line, or source the DVD at your local library.

This was the doco that blew me away.  It was life changing for me and my family.  It was during this documentary that I had my well-known green epiphany, and vowed that I would no longer be part of the problem, but be part of the solution to tackling climate change.

The End of Suburbia

This doco opened my eyes to the way our suburban living arrangement is heavily dependant on resources that are dwindling, for example oil and natural gas.   It has an US focus, but very relevant to the unsustainable sprawl of suburbia that we have here in Australian cities.

The End of The Line

A good friend (Hi Sim!) recommended this documentary to me in early 2009.  It is about how we are overfishing the oceans.  After I had watched this, I wrote a series of posts about overfishing, and what we can do to prevent the further collapse of our fisheries.  It changed the way I look at fish on my plate, and we now look for sustainable seafood options only.

The Economy of Happiness

This particularly good documentary opened my mind to the effects of mindful consumption and localization as an alternative to the consumer culture and globalisation.  It is very enlightening.

This doco is brilliant. I have met Mike Reynolds who stars in this tale, and he is just like he is in real life. It is a story of his struggle to build sustainable housing in the US, and create a model of architecture that could be followed the world over. Enter the Earth ship!

What Would Jesus Buy?

If you want to have a laugh at today’s consumer culture, then this is the doco for you. I couldn’t stop laughing at some of the antics that Rev Billy and the Church of Stop Shopping (a bunch of activists) got up to, just to prove a point. They are on a cross-country mission to save Christmas from the Shopocalypse (the end of humankind from consumerism, over-consumption and the fires of eternal debt). It really makes you think about your consumption habits.

What if you could look back at today from a point in the future and ask “why didn’t they do something”. Well this doco does exactly that. I saw this one with friends at the Australian premier held by the Climate Action Network Australia. It was hard-hitting, and made me even more determined to spread the benefits of living a more sustainable lifestyle.

After watching this, you will never look at food in the same way again, unless you grow your own of course. Shocking, hard-hitting, and eye-opening, this is the documentary that inspired me to get my own chickens, and double my food production here at home. This movie is the one that brought Joel Salatin into the spotlight for his common sense farming methods.

Well that is about it. There are a few others, but these eight eco documentaries had the biggest impact upon Kim and me.

We realised that the truth is out there, we just had to open our eyes and see.

Has your world view been influenced by any of these, or can you add another to the list?  I think you can embed video into the comments if you like, or just paste in the YouTube link if you can find it.

I have just had the pleasure to watch an advance screening organised by the Climate Action Network Australia, of the movie The Age of Stupid.  So advanced in fact, that the world premier has not even taken place!

Here is the basic premise straight from my invitation;

"This is a chance for you to see the film George Monbiot picked as "the one thing we’ll be talking about in 2009", calling it "a captivating and constantly surprising film: the first successful dramatisation of climate change" (for more about the film go to: http://www.ageofstupid.net/)

‘The Age of Stupid’ features Pete Postlethwaite (Brassed Off, The Usual Suspects) as a man living alone in the devastated world of 2055, looking back at old footage from 2008 and asking: why didn’t we stop climate change when we had the chance?
Directed by McLibel-filmmaker Franny Armstrong and produced by Oscar-winning John Battsek (One Day In September) ‘The Age of Stupid’ will be released in March 2009 across the UK, and then around the world, with the Australian launch planned for June / July.   Alongside the movie, we will be launching the "Not Stupid" action campaign, which aims to turn 250 million viewers into virtual or physical activists, all focusing on Copenhagen."

I felt that the movie was harder hitting than An Inconvenient Truth and it left me asking myself, ‘why are we all so blind and stupid that we can’t see the events of climate change unfolding in front of us’.  At first I felt depressed, then a big fist of anger and the urge to do something further than I am already doing hit me.  I know that I am only one person, but together with others, we can begin to turn this emergency around before it is too late.  The movie was well filmed, and the message sang out to me loud and clear.  The only criticism I have is that there were no solutions presented at the end of the movie, and it left the viewer asking, "What can I do now?".  My only fear is that the shock effect will be too strong.  I suppose that is where the local Climate Action Groups or Transition Towns come into play.  They are the groups where these people can turn to for getting at least some of their questions answered.

So, here is the trailer for the movie.  I highly recommend it to anyone who wants to be jolted quickly into the reality of climate change, peak oil and consumerism.

I hope you get as much out of it as I did.