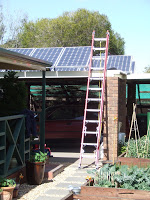 I had a phone call from my friendly Powercor Australia representative today. It was a very interesting call.

Unbeknownst to me, I was informed that I have to fork out A$299.20 for the privilege of putting clean renewable energy into the neighbourhood grid. This ridiculous amount is apparently for some bureaucratic project paperwork and some stickers (I couldn’t quite hear the lame explanation as I was at school picking up Ben during the call), that has accompanied an application by my Solar PV installer. This has all occurred over seven months after the installation of my PV system! I am quite pissed off.

Now, don’t get me wrong, I would be happy to pay something if they were actually going to do something for me. The fact that I have now been feeding power into the grid for over seven months, without receiving one single cent from any power company, wholesaler or retailer, and now they want money from me. What a joke!

On top of this travesty of errors, I now have to pay for a bi-directional power meter, which will be installed by my energy retailer, Origin Energy. I don’t mind paying for this, because I am receiving a good or a service in return. This meter will come in handy, when some wise official in government decides to implement a renewable energy feed-in tariff (note intended sarcasm), so in the longer term it should pay for itself.

So, the action I have taken so far, is to call back the representative, left a message that I require a full breakdown of this so called “Project Fee”, and then I will work out what the next steps are from there. From what I can tell the Powercor website, I am not even supposed to have my system turned on (see step 12 at the link). Just imagine if they had invested over A$21,000 on a solar PV system and they couldn’t turn it on because of a $299.20 project fee. I think they would be just as upset.

Too bad I have already generated over 3 Megawatts of clean, green, renewable power already, that might, just might, help save us all from catastrophic climate change! Think about it Powercor, instead of worrying about small fry like me trying to do the right thing by the world, start worrying about the massive GHG’s caused by the brown coal fired generators pumping power into your transmission lines! Put that in your power grid and smoke it. 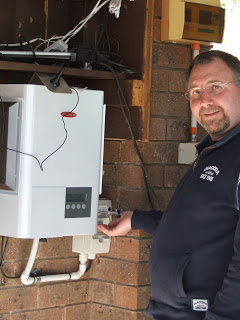 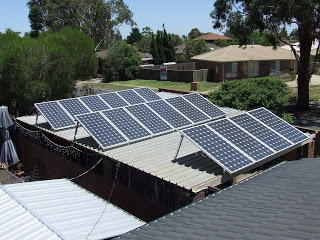