Not wanting to blow my own trumpet, but I’ve started a bit of a cheese cult over on one of my YouTube channels.

You know the one.  The channel that has all the cheese making videos aka Cheeseman.tv!

Of late, I’ve been putting into practice the suggestions given during a few Google Hangouts with other YouTube creators and I have been creating and uploading at least one cheese making video a week.

This regular video creation has had some amazing results.  Subscribers, or should I say Curd Nerds have increased dramatically.

Thousands of people are making the cheeses that I feature in the videos.  Most have great results and share their experiences with everyone freely.  It’s a cheese revolution to claim back our cheese taste buds!  Blessed are the Curd Nerds.

On a serious note, it’s a great growing community that I enjoy serving.  Curd nerds are such a generous bunch of people.

So being one of those generous curd nerds, here are a few of the video tutorials and a couple of taste tests that I’ve produced over the last month that you may want to try yourself.

This Norwegian style cheese is still ripening, but will be ready at the end of next week.  It is swelling and forming eyes here in my office.

I’ve been meaning to make a video of this cheese for such a long time.  It was one of the very first cheeses that I made way back when.  It tastes amazing (well it did the first time) and should be ready to eat in a month or so.

A traditional Italian cheese meaning Beautiful Country, I found Bel Paese to be quite a surprisingly creamy, yet firm cheese that delighted my palate. It’s now a house favourite.

Now for the taste tests.

I found this cheese to be exceptional.  It formed small eyes without any assistance from myself and tasted absolutely delicious as a good Edam should.  Watch out for the two extra cheese tasters that appear after the end credits of the video.  You should get a laugh.

Another exceptional Dutch style cheese that was full flavoured and hasn’t lasted too long (we ate most of it).

So to avoid a cholesterol overload, I take at least quarter of each wheel to work and share it with my colleagues.  None of them have keeled over yet and all compliment me on my cheese.  I think they are waiting in anticipation for the next cheese I bring to work 🙂

In other cheese news, I’ve updated the print edition of Keep Calm and Make Cheese – The Beginners Guide to Cheese Making at Home.  I didn’t want the reader to miss out on all the free videos I have on offer.  As the eBook versions have hyperlinks, I added in QR Codes within each recipe for the paper version so the reader can scan and watch via their mobile phone or tablet. 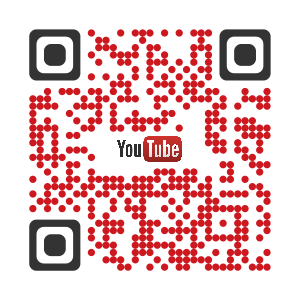 A nice touch I think, and believe it only enhances the potential curd nerds cheese making experience!

Lots of great cheese action here at home.  I have a couple of videos in production now including a new Camembert recipe and an attempt at Fourme d’Ambert, a French cow’s milk Blue Cheese.  Both are ripening in the cheese fridge and will be released soon.

Enjoy the videos, and if anyone is interested in learning to make cheese, I would be more than welcome to have you join me on a Beginners Cheesemaking Course soon.

Until then, this is Cheese Man Gav signing off!