The electrician turned up about 10am to swap over the inverter and a few other bits and bobs.  The old Fronius IG30 was to be taken off the wall and replaced with a Fronius Galvo 3.0.  Also due to changes in AS/NZ electrical standards the isolation switches had to be replaced.

I did get a couple of quotes which were all within a $100 or so, so I chose to go with the original quote as I was comfortable and knew the installer. 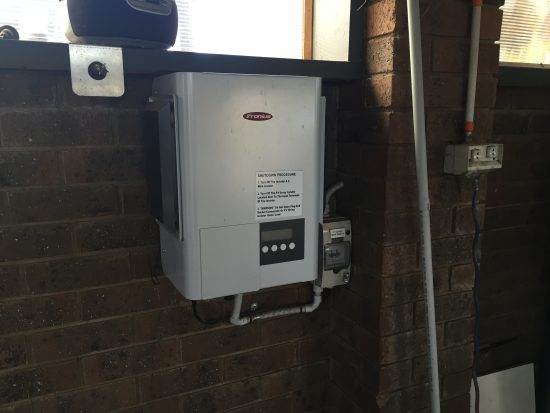 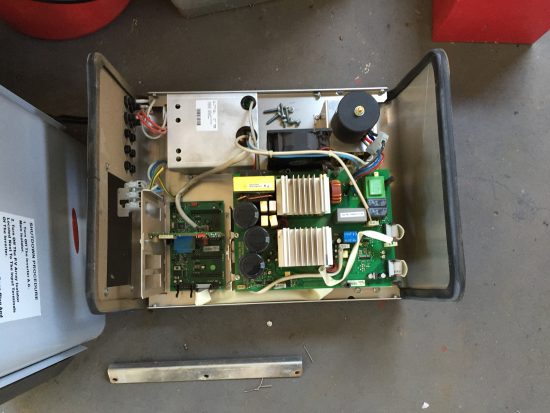 Inside the Fronius IG30

The DC isolation switches were replaced for each of the two 8 panel strands. 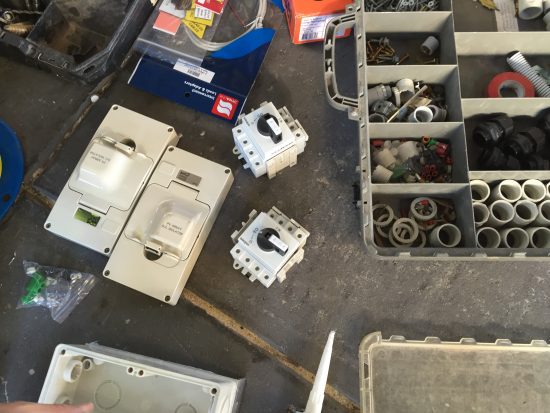 As well as the one located next to the Inverter. 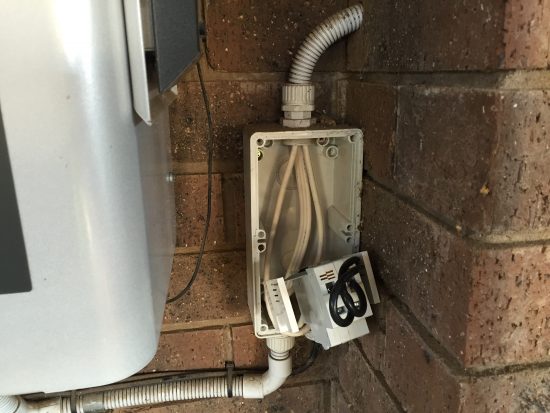 Then it was a simple job of taking the old inverter off the wall and replace it with the new one. 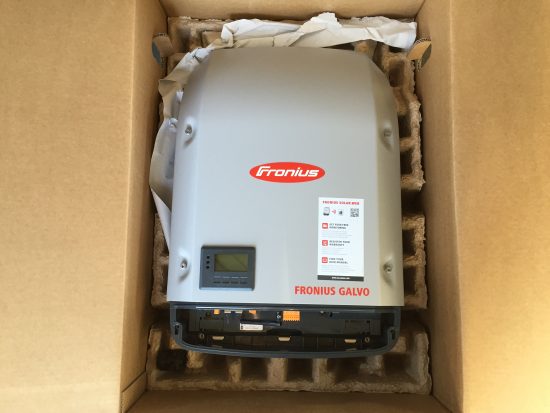 Now as we all know nothing like this runs smoothly.  They soon found that the cabling from the isolation switches on the roof was not compliant with regulations, so it was replaced.  So was the wiring from the breaker box in the carport to the Inverter.

So after about 5 hours of work, it was finally up and running. 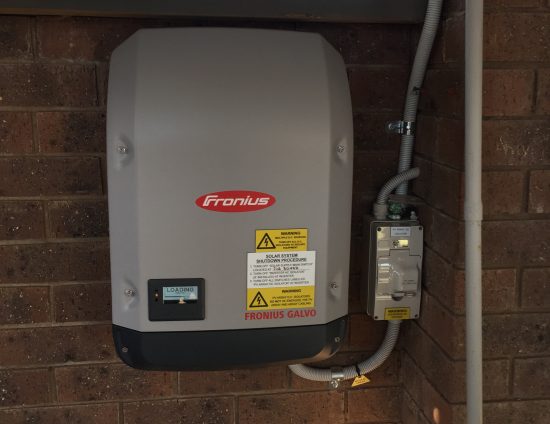 It was a bit overcast so I didn’t expect much output from the system.  However I was pleasantly surprised when the system showed it was generating over 1kW.

As part of the installation, just about everything had to be relabeled (new regulations, of course). 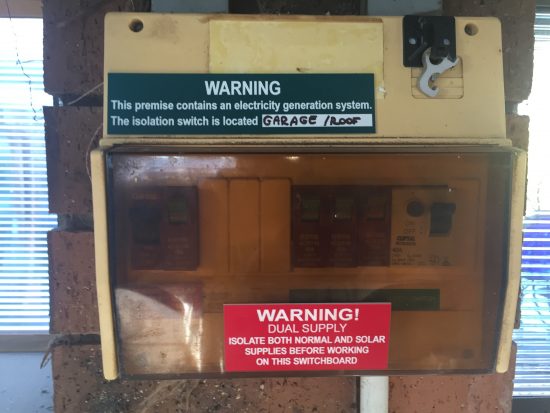 A bit silly really when anyone with common sense could actually look up and see the panels and the thumping big inverter about 1 metre from this switchboard. 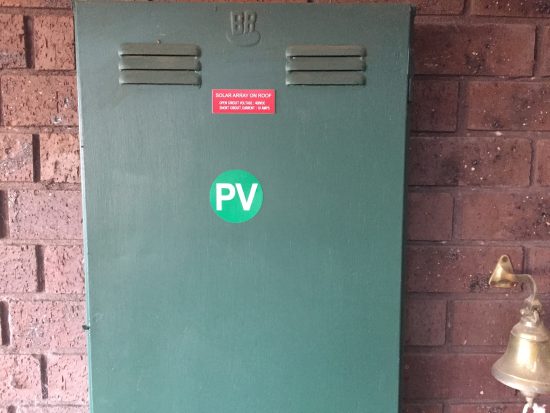 This one made more sense I suppose.  Not that there wasn’t already a red sign on the outside of the main meter box.  You can’t have too many signs apparently. 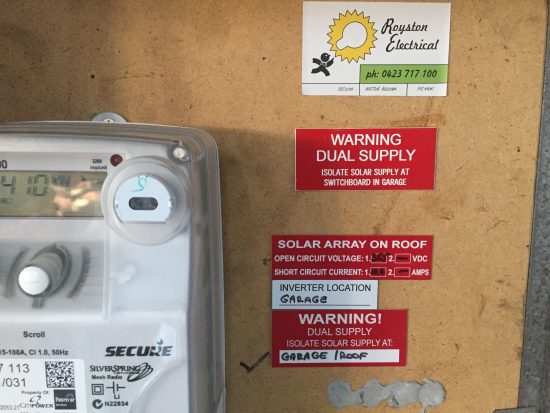 And then when I opened the box door, there were more signs.  Can’t be too safe.

Anyway, it’s all working brilliantly now and as I hinted at before, it has WIFI!  Well to be exact, it accesses our home WiFi so that it can send monitoring data to a central place so I can monitor it via any web browser.  A pretty cool feature.  Here is the Windows 10 app I have on my desktop. 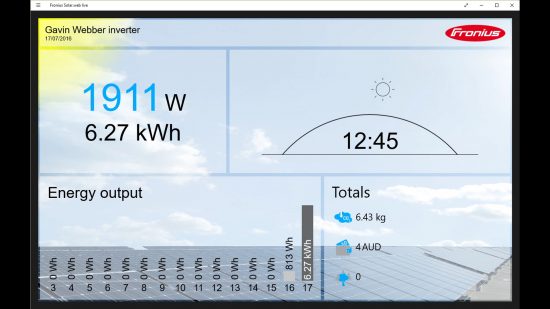 It also comes with an app that I can monitor via my smart phone.  At least I know now when its working when I’m at work.

As it starts clocking up the kilowatt-hours I can post snapshots here on the blog which is more than I can say about the old one.  We estimate that during its lifetime, it helped to generate about 3 Megawatt hours of electricity over the 9 years it was in operation.  Unfortunately that is as accurate as it gets because before I realised it was on the blink, the display died first and I couldn’t take a reading.

So at least the system is back up and running.  It will take a while for the replacement inverter to pay itself back, but as long as it keeps working there are at least another decade or three of electricity left in those panels!

Save Money with Solar

And the big question is, of course, do I regret my decision all those years ago to purchase the PV system?  Not for a second!

It has been one of the best investments of our sustainable living journey.  It has reduced our GHG emissions and helped us conserve energy without drawing much from the grid.

I would do it all over again, even though back in 2007 it cost four times the amount a comparative 2.8 kW system does today.  I’m just glad that so many followed in my footsteps and put their very own clean power station on top of their roofs.

Clean, renewable energy from the biggest nuclear reaction in our solar system.  The Sun.