Even though I am very late with my potato planting this year, it is just as well.  The reason I say this is because we had a very late frost last week that would have decimated any potatoes had I planted them mid August as per recommendations for our climate.

I had already lost rockmelon (cantaloupe), pumpkin, and tomatoes seedlings to frosts in September and October this year, so I was taking no chances.  It is not normal for use to receive frosts this late in spring, but then again, with climate chaos, what is normal?

This year I chose King Edward,  which is a very old variety with a floury texture and creamy white flesh with a round to oval shape and smooth pale skin with pink markings. Its floury texture means it makes beautiful mash, fluffy roast potatoes and can be dry baked but is not recommended for salads or frying.  As we eat most of our potatoes mashed or roasted, this variety is ideal. 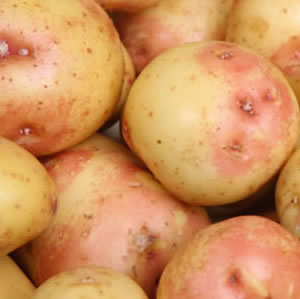 I also chose Sapphire, which has purple skin and purple flesh, ideal for mashing, boiling and roasting. The colour is maintained even after cooking, which should be quite novel. 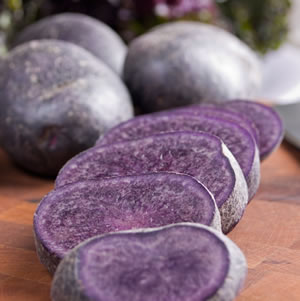 With the varieties chitted (letting shoots grow about 2 cm), it was time to get planting.  Firstly I dug the entire bed over to break up any large clods of soil.  Then I dug a trench. 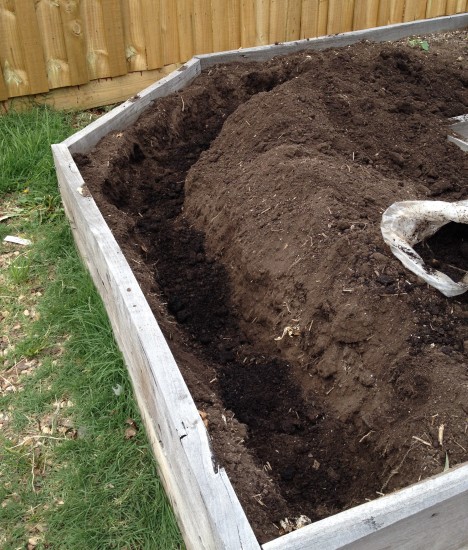 This year I am attempting to increase the yield of each bed by planting in three rows instead of the two I planted last year.  This row above is about 25 cm deep, with a layer of well-rotted manure along the bottom of the trench. 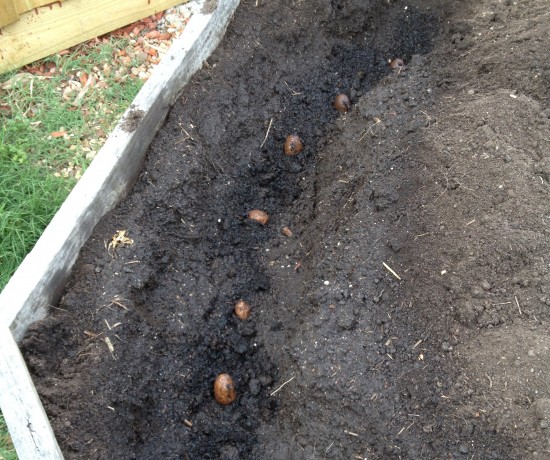 I then placed in the Sapphire seed potatoes with as many shoots facing upwards, watered in well, then I backfilled the trench and watered again. 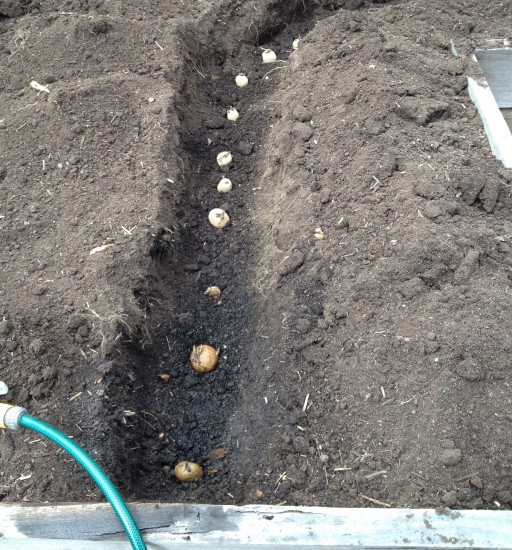 The centre row was the same depth, and about 30 cm (1 ft) away from the first row.  Same process as before; manure, spuds facing with shoots up, water then backfill.  This row was shorter, so I managed to get half the bag of King Edward planted. 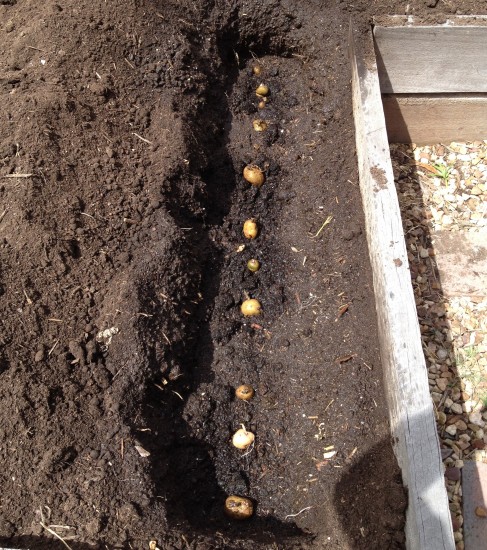 The final row was shortest of all.  I managed to fit in the last of the King Edward, and a few volunteer taters that I found when I was loosening up the soil.  All had shoots, so not being one to mess with nature, I replanted them.  I believe the volunteers are Pontiac from the early winter crop.

Once this final trench was backfilled, I covered the entire space with pea straw.  As the green shoots begin to appear, I will cover with increasing amounts of pea straw and dampen it down.  Hopefully this will act as a mound and not get blown around the yard by the wind.

There you have it.  My late planted potatoes.  I will just have to keep the soil moist over the rest of spring and the hot summer.

Climate change be damned.  I will have my potatoes this year.