The people of Melbourne certainly put on a show today!

It was estimated that 30,000 people marched from the State Library to Treasury Gardens to send a message to world leaders that we want action on climate change now. 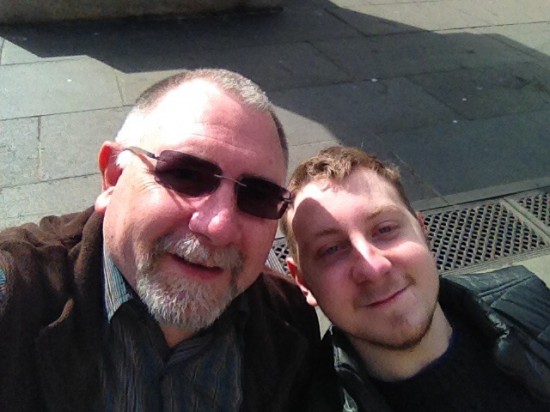 Ben and I arrived early at the State Library and watched the crowd roll in.  By 11am it was massive. I have been to a few climate rallies in my time, but this was the largest turn out I have ever seen.

Someone must have upset them? 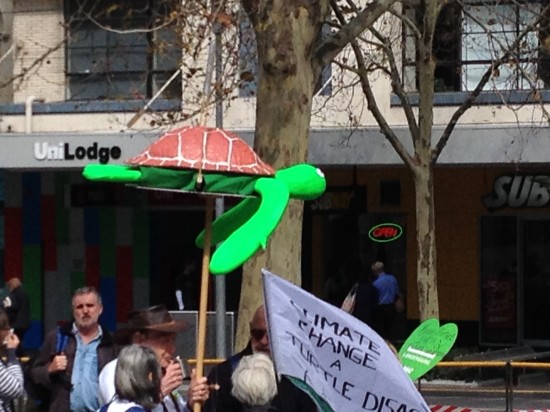 As always, the turtles against climate change made an appearance.

Then my daughter Amy and her partner Lawrence met us just as it started. 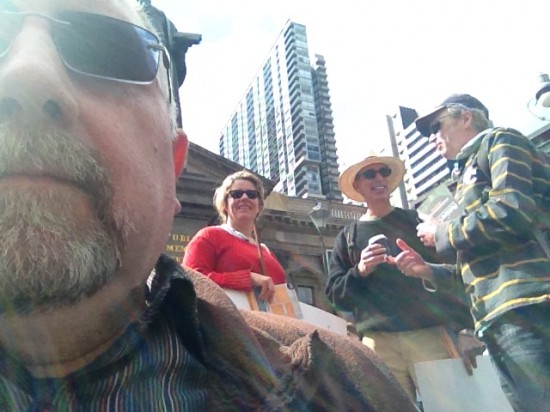 Then, out of the corner of my eye, I saw a familiar face in the crowd.  It was Professor David Karoly (centre), one of Australia’s foremost experts on climate science. 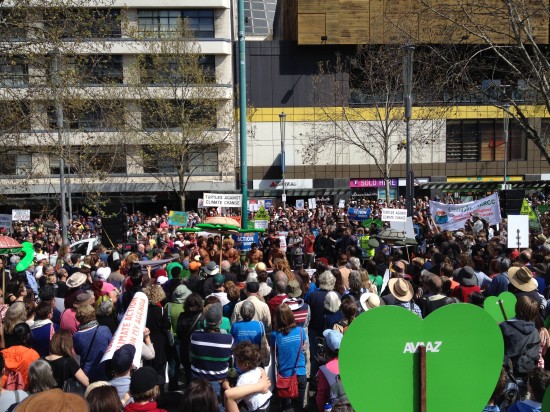 By 11.30 the crowd was unbelievable.  All these people were gathered because they were concerned citizens that wanted change. This was part of the view from where we were standing. 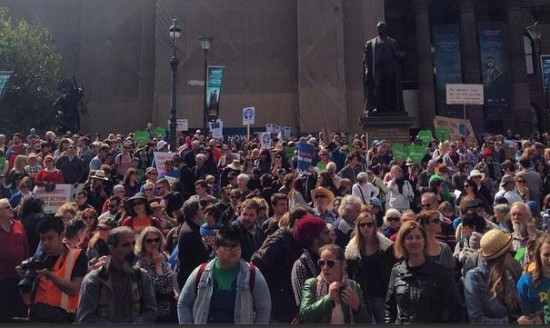 And the view from the front, looking back.  See if you can spot me in the crowd.  I’ll give you a hint.  I am near the statue to the right.

Then it was time to march.  It took us 20 minutes from where we were standing to get to the road to join the parade. 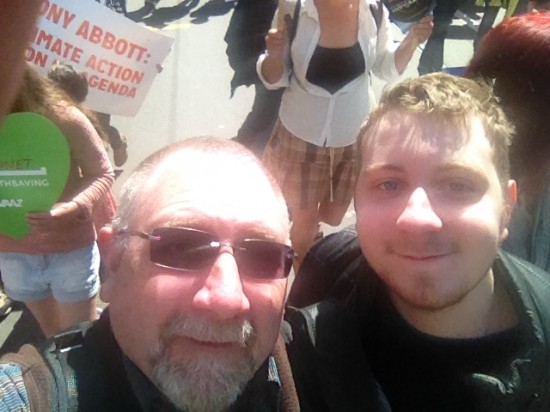 Walking to Treasury Gardens was quite a hike.  Ben and I took the time to snap this selfie as we marched along. 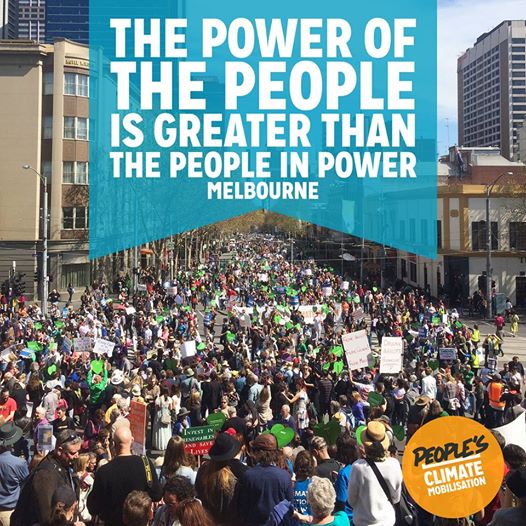 People for as far as the eye can see down Bourke Street.

When we arrived at the gardens, we hung around for about 20 minutes to see what was going to happen.  Not much, unfortunately.  Ben and I had to catch our train home at 1.38pm, as I wanted to do some garden maintenance, so we had to head back to the train station.  As we were walking back, people were still marching down Spring Street into the garden.  I still couldn’t see the tail end as we transcended into the depths of Parliament Station.

It was a brilliant day and I expect it has charged my hope batteries again for a while.  However there is one thing that I noticed.  The mood was somewhat sullen.  Maybe it because it was like deja vu.

We marched for a price on carbon, and won.  Then some bunch of clowns rescinded the legislation.

Now we have to start all over again.  It feels like two steps forward, one step back.

However my friends, I do have hope.  One thing I know for sure is that political will is a renewable resource, and people power can make a difference.  It worked once.  It can work again.

I am looking forward to seeing images from around the globe as the wave action steps around the world.