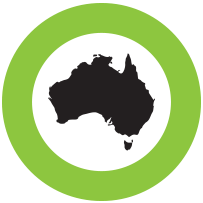 I should have titled this post  “How my first Climate Reality Presentation went”, or “How to startle the audience when bumping into a microphone repeatedly!”

Funny story, however, before I start, I would just like to publicly thank Kellie for organising the event.  I really appreciated the chance to present to the Melton City Council Green Team about the reality of climate change.  There were even a few manager present.

So without further ado, and only one photo (I was a little nervous at the start so forgot to take any), this is how it panned out.

The venue was the theatrette at the Melton Library and Learning hub.  It was a great venue that seats about 70.

I rocked up 30 minutes early as I normally do for this sort of thing.  Just to make sure that all the tech is working.  If I have any issues, there is usually time to source an alternative way of presenting.

I took my own laptop to ensure that it was all loaded on the hard drive.  This is because the presentation was 1.4GB in size, which is massive for a Powerpoint presentation.  It has embedded videos all throughout the deck, which bloated the size.  Due to the size of the file, it does not run from a USB drive very well at all.  I borrowed a clicker/pointer which was much better than a mouse or using the keyboard to scroll through the deck.

With only one hour in which to present, I had pre-culled about 200 slide from the 568 slide deck.  Enough to get the message across in the time that I had.  Or so I thought (more on that later). 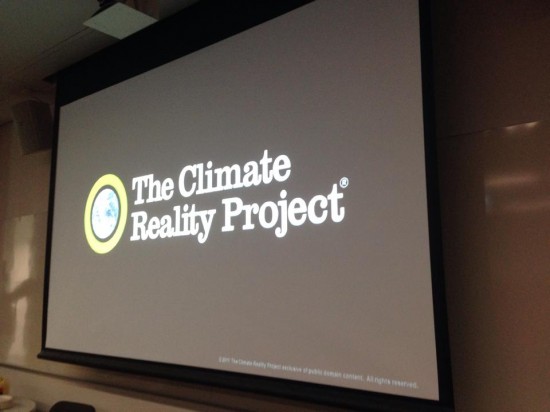 So this is my opening slide, that I put up whilst waiting for the audience to arrive.  I estimated that about 35 people filed in to watch me speak.  Just the right size for my first time of delivering this material.

Kellie provided popcorn and a fruit platter, and everyone settled down for the show.

The presentation itself is divided into three main parts.  The science. The current consequence of climate change affecting the planet and humanity.  And then the solutions (aka hope) and the call to action.

I launched headlong into the presentation, having practiced for two evenings before, and memorised what I was going to say.  I think I did fairly well, because every time I looked into the audience, there were nods and looks of interest for the entire length of the presentation.

Unfortunately I didn’t time it very well, spending 45 minutes on the science and consequences, and 30 minutes on the hope and call to action.  I had stacked the deck too far to the doom and gloom, and ran out of time.  Some people only had an hour for lunch, and had to leave just as I was getting to the solutions.  Not good at all.

So I asked permission to complete the presentation, which the remainder of the audience was cool with, so I pressed on.  I think I finished pretty strongly, with a strong call to action, and enough solutions for them to act upon.

I looked at my watch and I had run 15 minutes over.  But then there was a hearty round of applause.  Phew.

One thing that I did notice distinctly was the way most of them left the theatrette.  I could tell that they were a little in shock, and thinking very deeply.  Thankfully that was the desired effect.  Not to shock people with the reality too much, but to offer some solutions on how they may move forward.

After everyone had departed, I asked my two friends Kellie and Linda for honest feedback.  Linda rightly pointed out that the doom and gloom part was heavily stacked, and if I didn’t have an attentive audience, I might have lost them.  However the solutions part was just right however.  Kellie mentioned that she saw that nobody fidgeted or talking during the presentation which is a very good sign that everyone was keenly focused on what I had to say.  That was a good observation.

So my takeaway or two for the first presentation is to cut the slide deck down even further in the first half if I only have an hour.  I know that I can still reduce it and still get a powerful message across.

Also, I need to stop looking at the screen just a little, and stop bumping into the fixed microphone.  I was limited for movement as the fixed mic was one of those lectern types on a goose neck, so I couldn’t drift too far away.  However when I got too close, I hit it, making an awful racket.  Mind you, it kept them all on their toes!  The solution is to use a hand-held or radio mic.  That way I could walk around freely.

All in all, I felt pumped when I finished which is a great feeling after a presentation.  The rush can be quite addictive, and it took me over and hour to come down from the high.

I have another presentation at the Melton High School on the Wednesday 20th August.  From what I can tell, I will be presenting to three separate classes.

Three talks in one day.  I think I will need a home-brew beer or two at the end of that day!