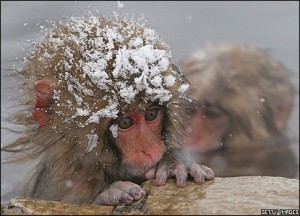 Well dear readers, I am happy to report that we are still going strong on this challenge.

The last few weeks have been cold, with a frost or two, but the temperature has not dropped below 3°C (37.4F).  Kim has had her reverse cycle air-conditioner turned on at 21°C (70F) for about an hour a day just to take the chill out of her office, but other than that, we have had no other heating on at all.

We have been rugging up with an extra layer at night, but the house has been staying between 15-18 degrees C during most of the day.

Certainly very livable conditions, especially because we have been utilising passive solar heating in the north facing rooms to good effect.

I find that if I feel cold in the evening, I just put on my sherpa hat and I feel right as rain!  I read somewhere that most of the heat from our bodies escapes through the top of our heads, so this extra layer of insulation works wonders!

Also, I have something quite weird to announce.  We removed the natural gas wall heater from our living room.  No we are not going crazy.

We just figured that because we were going to get wall insulation pumped, and that it was getting old and our plumber suggested that it was probably not safe to use anyway.  We are down to one natural gas heater now, which is in the centre of the house.  Not that it matters, because we haven’t even lit the pilot light! 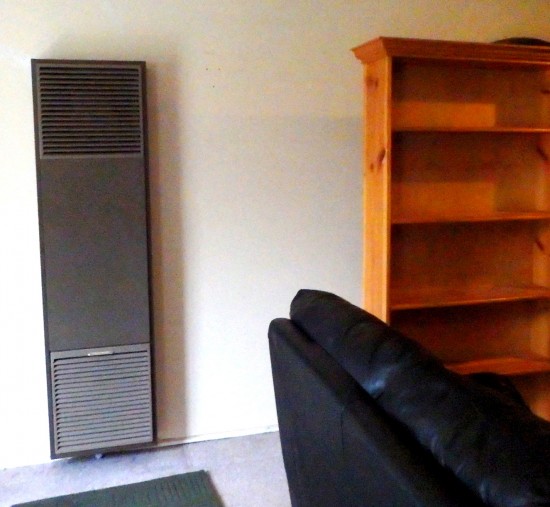 We also discovered something that probably has saved us a lot of angst.  We noticed that behind the heater was foil insulation that was nailed to the outside of the timber house frame. 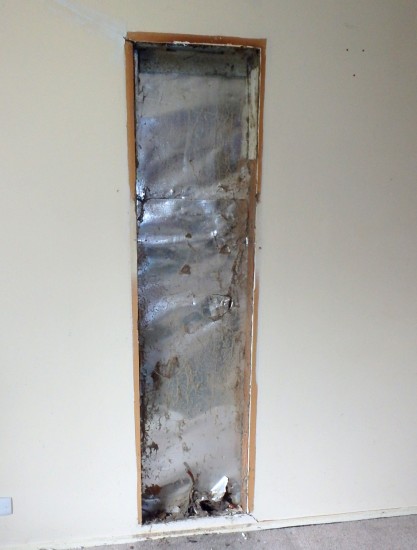 Gap where heater used to be

It was not intact and had some tears in the foil as you can see in the photo above.

Through the tears we noticed that there was only about a 1cm gap between the foil and the outside brickwork of the house.

So if we were to get insulation into this gap, it would not make much difference at all.  The R value of the new insulation would be miniscule.

We have decided not to waste our money by getting the blown wall insulation, and next time we get the lounge renovated and get double glazed windows installed, we will pull off the plaster gyprock and fit proper rock wool insulation into the cavity.  This should reduce the heat entering through this north facing wall better than 1 cm of blown insulation.

Also we have made the decision to get the roof insulation topped up, which will cost about $2000.  We will also get some additional draught proofing for doors, window frames, and other gaps that the ecoMaster audit found.  We are just saving up for those items before we call ecoMaster back to do the work.

Anyway, that is my update for August.  I am will be very interested to see our natural gas bill for the last two months.  I realise that our gas hot water service has been used a bit more, due to the lack of sunlight for the solar hot water service, but it shouldn’t be too much because we have very short showers.

How are you going on your Brass Monkey Challenge?  Coping well, or are the balls dropping off (the brass monkey that is)?