We received our first frost of the season today, so let’s have a look at how the front yard veggie patch is growing.  I spent half an hour out there this morning, pulling the odd weed and breaking off some leaves for Kim to give to the chooks. 😉 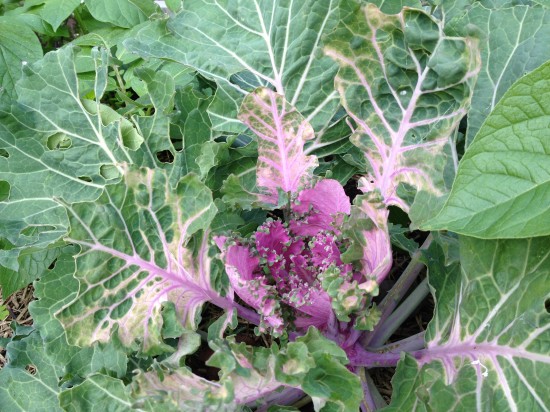 I planted six kale plants during easter.  This is the first time that I have grown kale other than a massive variety called Chou Moullier.  That one grew over 5ft tall, and didn’t the chooks go spare over the massive leaves!

I think these ones are ornamental types, which are still very edible.  You know how I know that they are tasty?

Well, because of the exceptionally warm autumn, the cabbage moth must have had an extended life-cycle.  This resulted in all of my Brassica being decimated by the cabbage moth caterpillar.  I had to whip up a batch of garlic and chilli spray to kill them off.  Thankfully this spray worked, and you can find the recipe here; Organic Pest and Weed Control.  At a pinch you could use Beat-a-bug which is a commercially prepared organic spray that has essentially the same ingredients. 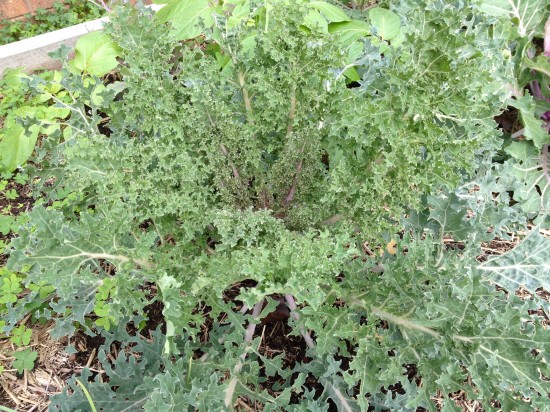 Kim told me today that she wants to try making paprika and chili kale chips.  Sounds delicious, as it is something I have never tried before.

Next to the kale, I planted about 100 garlic plants, all from saved garlic bulbs. 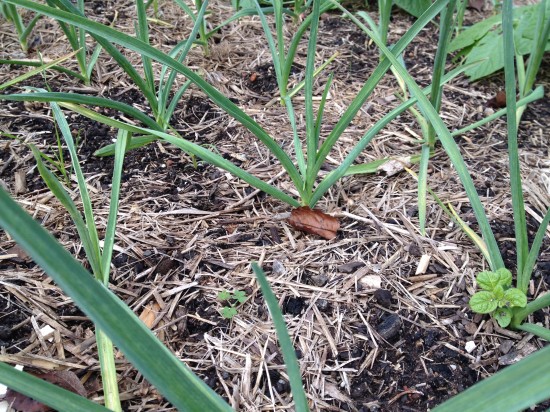 All cloves sprouted, and are growing very well.  The soil is moist from recent rains, and the only thing that might slow them down a little are a whole bunch of volunteer potato plants.  These potatoes must have been left over from the summer crop.  I must try to harvest them better next time.

Anyway, the spuds may help deter any black aphids that have been known to frequent these parts. 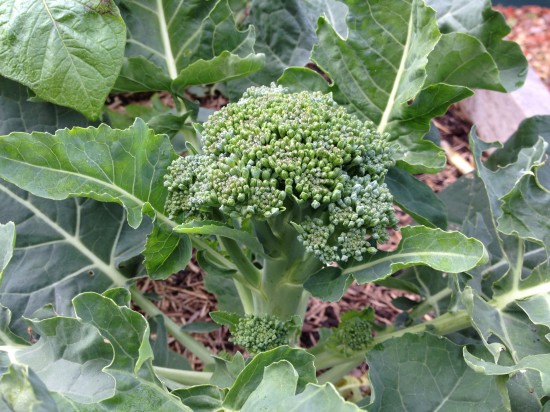 One of the few Brassica to avoid decimation of the great cabbage moth caterpillar attack of 2014 was our sprouting broccoli.  I did spray them, but there didn’t seem to be many holes in the larger leaves.  Maybe the kale attracted them all? 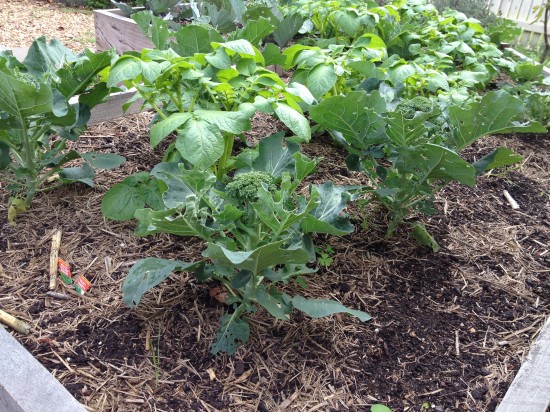 I also interspersed seed potatoes that I saved from last seasons crop in between the rows of Brassica.   They are growing really well, and are now as tall as the cabbages and broccoli.  I planted them quite deep so I should get a half decent crop.

Normally it would be way too early, as frost normally  knocks the stuffing out of potato plants, but this mornings chill didn’t affect them.  The normal time to plant spuds is around August in my climate as the plants appear just after the last frost.  Time will tell if my cunning plan has worked.  Early season potatoes would be fantastic! 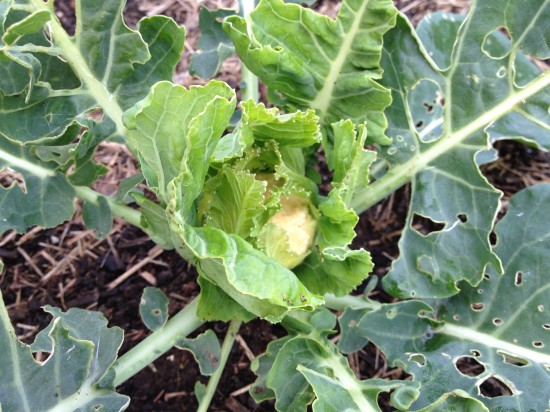 I have one remaining mini cauliflower.  Besides the caterpillars, the heat was against me with this crop.  I only planted four cauliflowers thankfully, because due to the unseasonably warm weather, they all bolted to seed and failed to set a head.  This single plant seemed to be a bit stunted by the caterpillar attack, so maybe they did it a favour.

On to the cabbages. 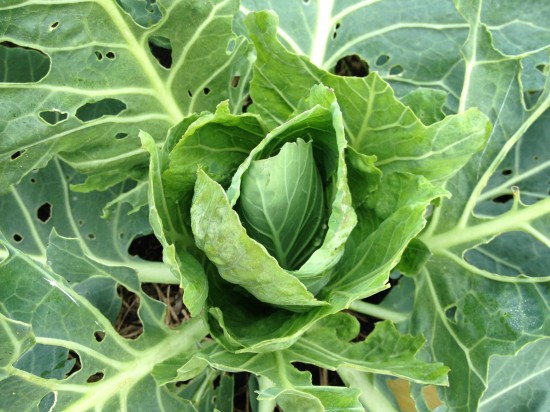 The outer leaves suffered a fair bit, but now that the infestation is now under control, the heads are beginning to form.  The cooler winter temperatures is certainly helping.  They all look like this, and I have four green and four purple cabbages in this bed.  We love cabbages, especially when saute with a little free range organic bacon and Worcestershire sauce.  Delicious. 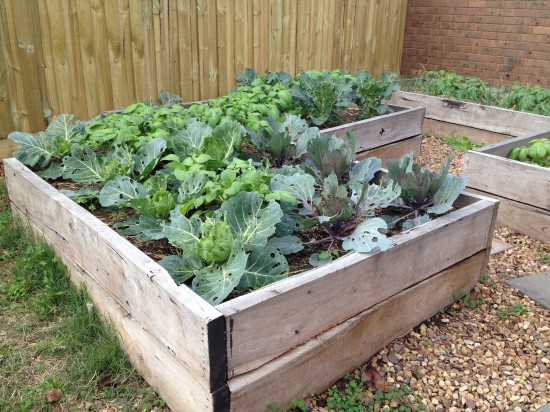 So here is the northernmost bed in all its glory.  Not many weeds, and the light mulch of sugar cane bagasse is keeping them down, and the once-a-week rainfall is keeping it all moist. 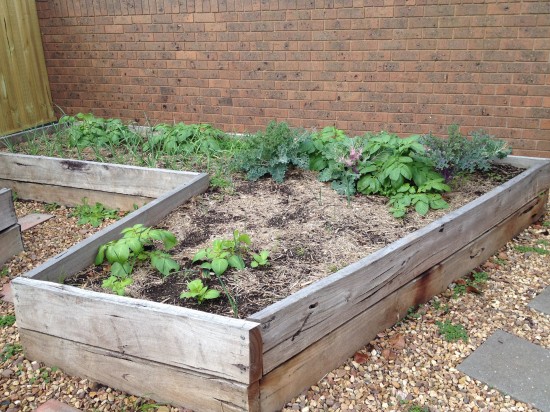 What few leeks (at the front of this bed) that survived the transplanting are still with us.  I don’t know what sort of crop I will get, so may have to plant something else in between them.  There certainly is ample space in that part of the bed.

Well, that is all I have in the front garden, so pending a disaster, we should be harvesting broccoli and kale during the week.

It is great watching the garden grow with minimal work.  Just a quick weed, and check again in a week.

How are your winter crops coming along?