What have these things got in common? Not much, except that these three things are about the total sum of what I got up to this last week.

Wednesday night, Amy came around for dinner and the podcast interview, so I cooked something special.  Paella.

I had cooked risotto before, but wanted something a little different.  I found a recipe in the Save with Jamie cook book, and modified it a little.  I omitted the chicken and prawns, added 6 chorizo sausages (cooked), and 3 rashers of free-range bacon.

Here are the organic ingredients I used, mostly from my garden. 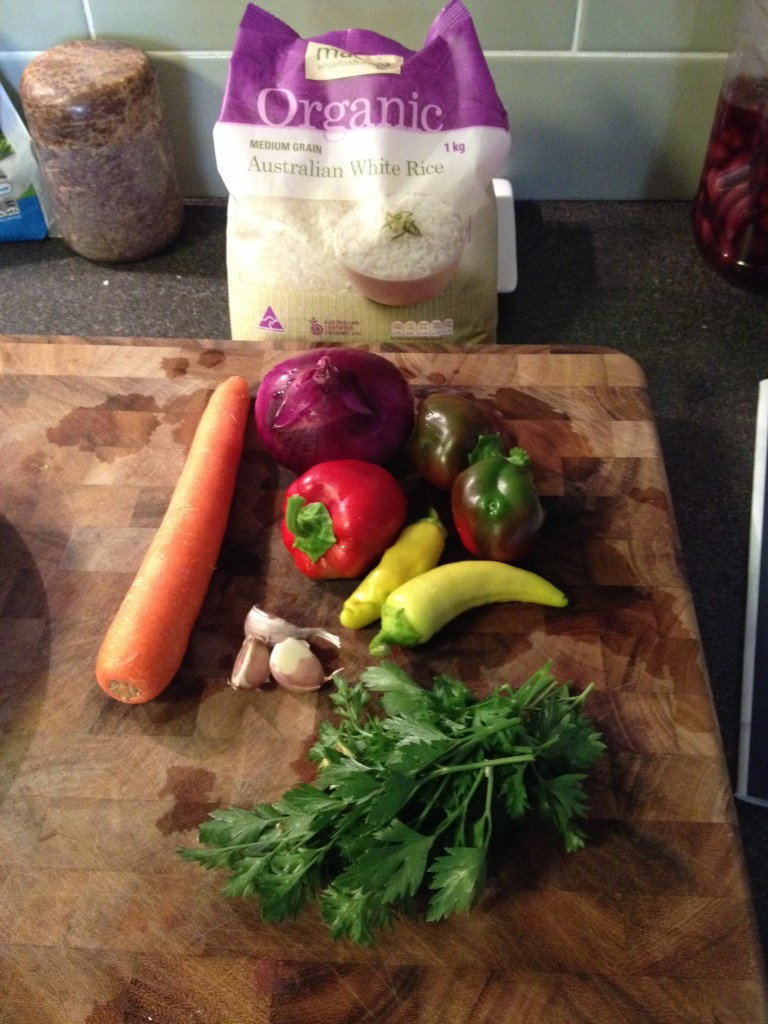 Picked fresh were, Red onion, red and green capsicums, yellow long capsicum, garlic, parsley.  The carrot was store bought as was the rice, however both were organic as well.

The recipe was pretty simple to follow, and once all ingredients were mixed the aroma of the sweet smoked paprika filled the kitchen. 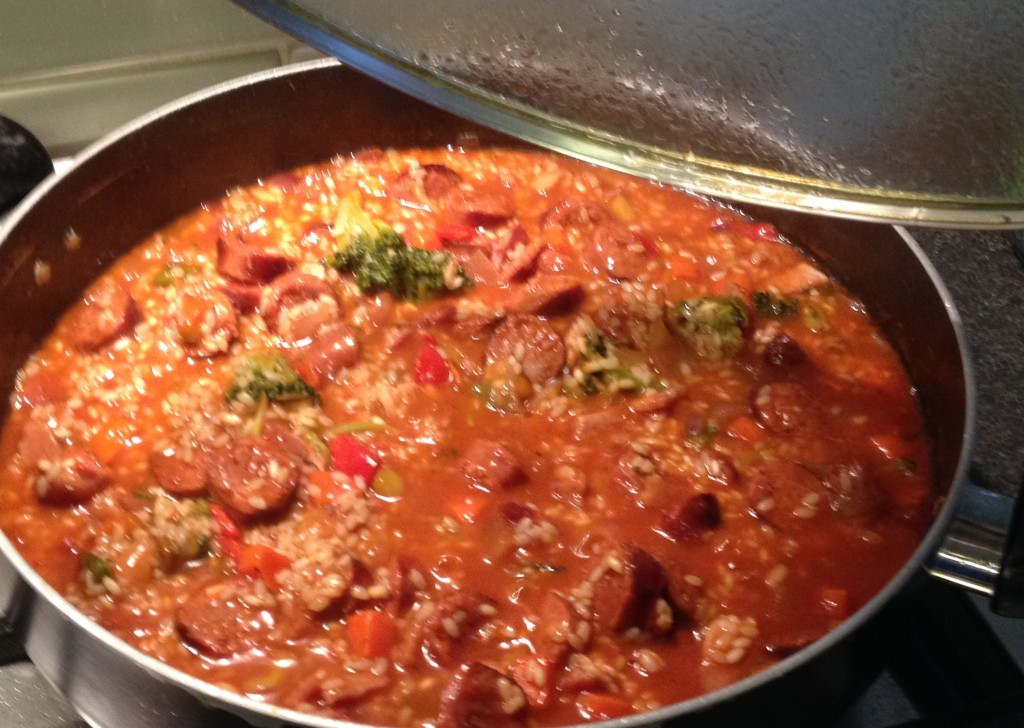 Once in the pan, the rice only takes 15 minutes to cook.  It absorbed all the liquid, and doubled in size.  The best thing of all was that it was delicious.

Thursday night, I came down ill.  Took myself to the doctors on Friday morning, and had to take some very strong anti-biotics.  One of the side effects is Photosensitivity, so I have had to stay out of sunlight whilst I am on the medication.  I feel a bit like a vampire, and have only ventured outside at dusk.  Also, I have been a bit spaced out as I have had to take strong pain relief, and rest a lot.  Thankfully, I am starting to come out the other side of it now, feeling better.

So, to that end, I harvested some more potatoes last night, just after the sun had set.  The Pontiac potatoes had died off, so it was time to dig them up. 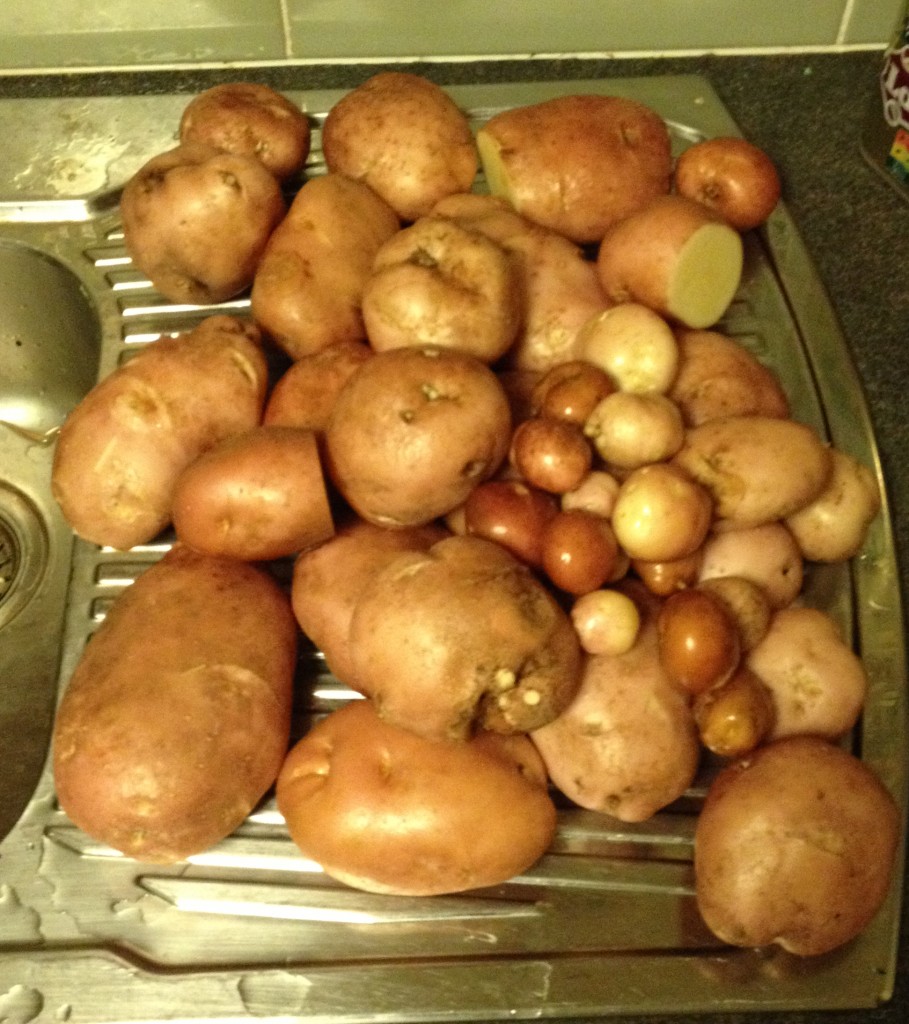 The haul weighed about 4 kg (~8 lbs).  Some very small wood lice had decided to eat into about three spuds, so I just cut the rotten bit off and threw it into the compost bin.  I let them dry overnight on a clean tea towel then put them into the spud basket in our pantry.  They will last quite a while, until we eat them of course.

Other than helping Kim with the house work today (I think I was more of a hindrance), that is about it since Wednesday night.  I have been too dopey until tonight, so haven’t even recorded any podcast episodes to schedule during the week.  I dare say my listeners will understand.

Hope your weekend was a bit better!