After harvesting a bumper crop of cucumbers this morning, I decided to make one of my favourite preserves.  Bread and Butter Cucumbers!

However, before I started cooked, I weeded out the hard, old yellow cucumbers, whose skins were too tough, cut them in half longways, and fed them to the chickens.  The zucchini in the picture will be grated and frozen for soups and casseroles. 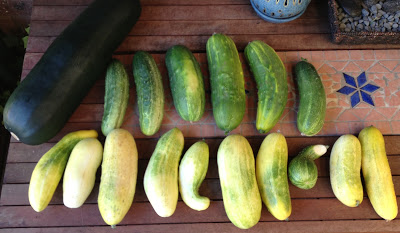 This preserve was made by my mother when I was a wee lad, and I have made a batch each year since I first started growing cucumbers five years ago.  This is one delicious preserve, ideal, as the name suggests, in bread and butter sandwiches. 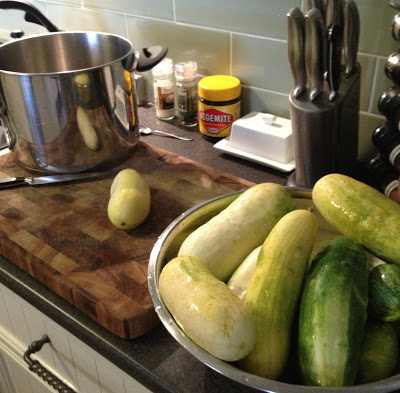 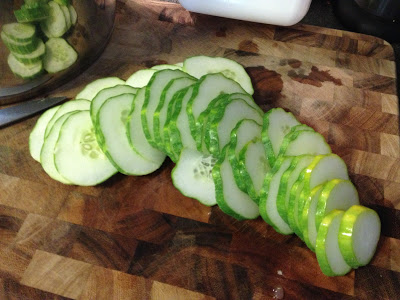 Slice the cucumbers thinly, and put into the pot. 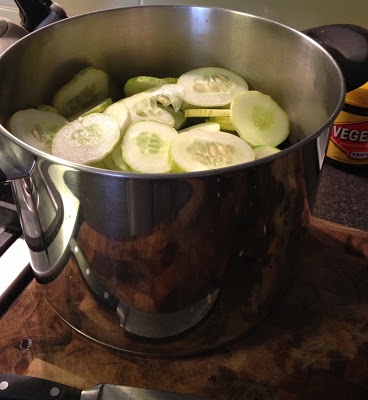 The amount should come up to three quarters of the way up the pot.  You can use any time of cucumber you want for this recipe. 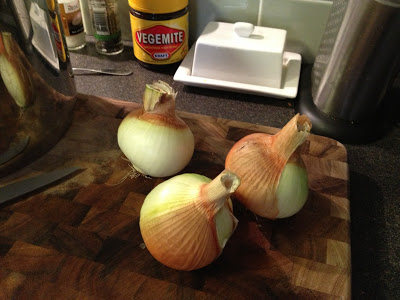 Take your home grown onions (store bought will do in a pinch), and peel. 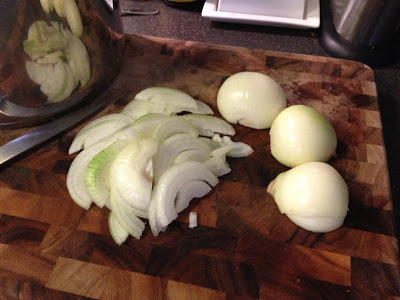 Cut in half and slice thinly. 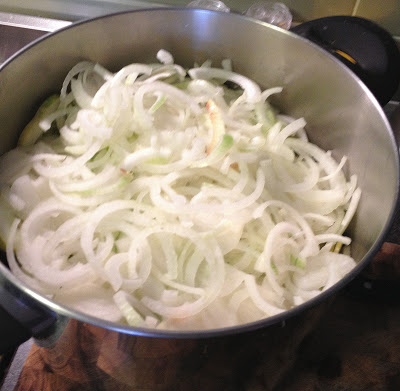 Place the onions on top of the cucumbers. 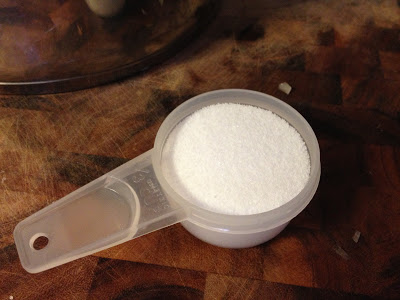 Add the salt, and give the ingredients a thorough toss with your clean hands. 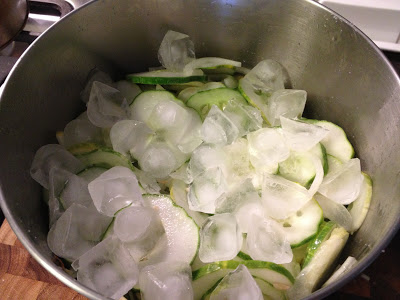 Once mixed then cover with ice, cover the pot and let stand for 3 hours.  Then drain thoroughly, but do not rinse with water.  You want some of the salt to remain. 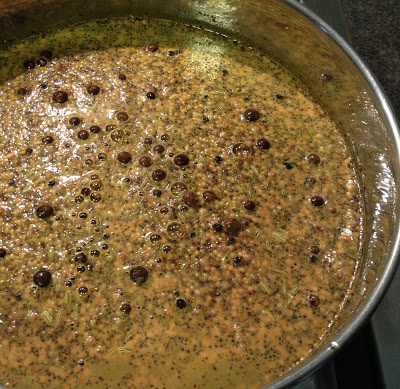 Prepare the brine.  In a large saucepan, add the cider vinegar, sugar, turmeric, mustard seed, celery seed, and pickling spice to the boil. 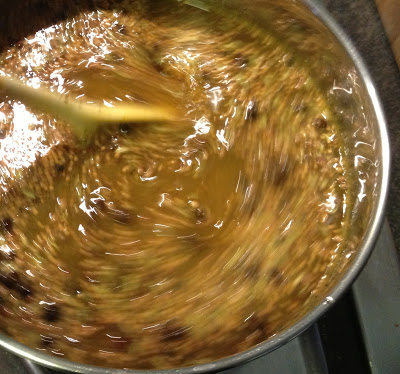 Stir frequently to avoid burning the bottom of the pan mixing well. 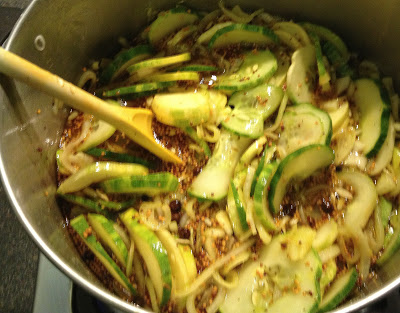 Once boiled, add brine to the cucumber/onion mixture and bring back to the boil.  Allow to bubble for 5 minutes.  Stir every few minutes.  The mixture will release more liquid. 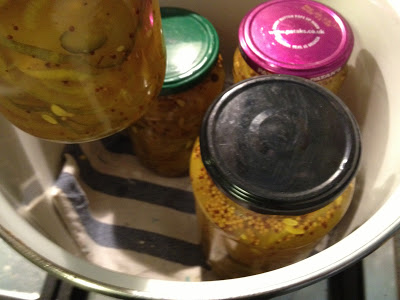 Pack into hot sterilized jars, leaving 1.25 cm of head room (½ inch).  Remove any bubbles of air in the jars, then apply the lids, sealing tightly. 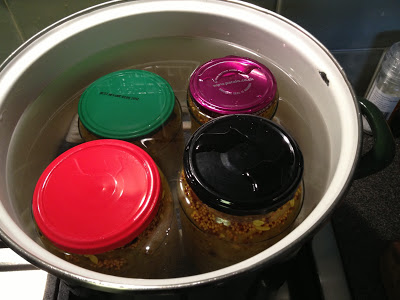 Place in a large pot with a clean tea towel on the bottom, and fill with water just up to the lids.  Bring up to the boil and process for 10 minutes in the hot water bath. 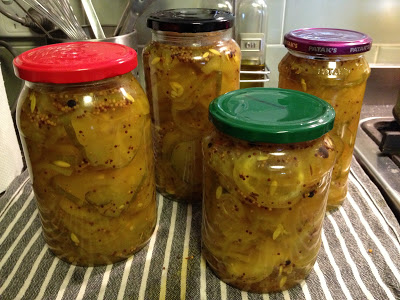 Remove the jars from the bath and set aside to cool.  If you have button topped lids they will pop in as the jars cool.  Leave for two weeks before eating.  This preserve will keep for up to a year.

This recipe is a great way to use up a glut of cucumbers.  You can even use ones that have turned a little yellow.  It is so easy to make, and as I mentioned, delicious with salads or with bread and butter

How do you use up a glut of cucumbers?