An amazing thing happened in Adam’s country of residence on Friday and Saturday just past.  The country produced a world record 22 gigawatts of electricity per hour through the midday hours.  By comparison, in Australia, that is the equivalent of the peak output of 13.75 Hazelwood Power Stations!  Adam states that, “German efficiency wins again!” 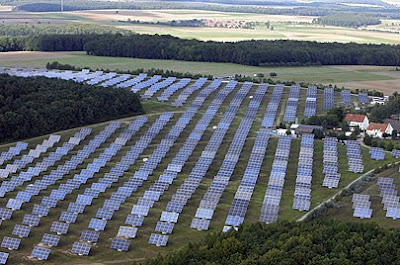 Norber Allnoch, director of the Institute of the Renewable Energy Industry told Reuters;

“Never before anywhere has a country produced as much photovoltaic electricity,” Allnoch told Reuters. “Germany came close to the 20 gigawatt (GW) mark a few times in recent weeks. But this was the first time we made it over.”

The record-breaking amount of solar power shows one of the world’s leading industrial nations was able to meet a third of its electricity needs on a work day, Friday, and nearly half on Saturday when factories and offices were closed.

Government-mandated support for renewables has helped Germany became a world leader in renewable energy and the country gets about 20 percent of its overall annual electricity from those sources.

Germany has nearly as much installed solar power generation capacity as the rest of the world combined and gets about four percent of its overall annual electricity needs from the sun alone. It aims to cut its greenhouse gas emissions by 40 percent from 1990 levels by 2020.

Although I am very pleased for Germany and their foresight, at the same time I am sad and disappointed with Australia for being such laggards.  We have so much sunshine, so much space for solar PV and concentrated solar that we should be adopting this proven technology in droves.

However our governments continue with procrastination and drop further and further behind in the renewable energy race.  Even though Bruce Public thinks that roof-top solar is the best thing since sliced bread, our governments cut feed-in tariffs, slash installation incentives, and cancel major solar projects. Unfortunately, those in power are still married to the coal industry, without any indication of a messy divorce on the horizon!

That said, I feel proud that I have invested in the technology, and so have many like me.  Sooner or later there will be a tipping point by the public that will force the powers that be to act, probably sooner with all this scaremongering about the carbon tax!  People in my area are installing solar PV in droves.  In fact every third house in my street now has it installed on the roof.  It certainly is something to behold.

I write a lot about greening my own home, but what about the workplace?  I do have a few tips that will save money in energy and help to green up the office by reducing the environmental footprint.

• Reduce paper. When printing, use both sides of a piece of paper in order to conserve. Keep a scrap paper pile for misprinted or unnecessary documents to either print on or write on.   Also, think before printing, you may not need a hard copy.

• Reduce your waste. Bring your own coffee cup or water bottle to work to avoid buying Styrofoam or paper cups and throwing them away every day. Also, bring your lunch in a reusable container rather than a disposable paper bag. Lastly, make sure your company has an easy-to-use recycling program and that everyone is educated on how it works.

• Be conscious of your supplies. Some office supplies are better for the environment than others;  Consider refillable pens and mechanical pencils rather than disposable ones.  There are even corn starch based pens that break down in landfill.  Most office supplies can be made from recycled materials and a cheap to buy.

• Office Equipment – Computers, printers, fax machines and photocopiers all contribute to an office’s electricity consumption. New office equipment has become more energy efficient and includes facilities to automatically reduce power when not in use. This is known as ‘stand-by’ or ‘sleep’ mode. For most office equipment the power consumption in sleep mode is between 5% and 50% of its operating power.

• Turn off equipment if it isn’t needed – This is the easiest way to reduce energy costs. A check at the end of the day (especially on Fridays) should be done to ensure all equipment is off.

• Install plug-in timers – Use plug-in timers to automatically switch off some equipment after hours. These are especially useful for photocopiers, printers and appliances which do not have automatic switch-off functions.  The continuous boil hot water in the kitchenette is a great appliance to target for a time!  TIP – It’s a good idea to post clear instructions on how to override timers for people who may require equipment out of hours. Otherwise you may find them disconnected by a frustrated staff member!

• Computers – Make sure all computers are turned off when not in use, especially overnight, weekends, and at lunchtime. A notice reminding people to switch off computers when not in use will keep staff aware of energy saving initiatives. Each desktop computer left on a lunchtime costs about $5/year if not set to low power or sleep mode.  Increasing numbers of computers can be responsible for the increase in office energy consumption.

• Switch off monitors – The monitor of a computer uses more than half of the energy consumed by the machine. Newer computers have functions that automatically switch off the monitor after a set period of inactivity. For older computers turn off the monitor, even if the computer itself is left running.

• Turn off the Screen Saver – most computers allow a screen saver to appear when they become idle for a certain period of time. Screen savers do not save energy, they are merely a protection device to maximise your screen’s useful life. They do not replace the sleep mode or switching the monitor off.

So, if you follow some or all of this tips, you will save money for your business and lower your environmental footprint, and you will find that staff will feel more engaged because the company shows that they care about the environment.  Give yourself a pat on the back if you have already implemented some of these tips!

Are there any others that I have missed? 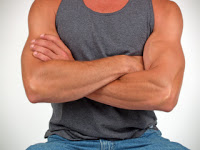 A funny thing happened to me at lunchtime today and the experience was surreal.  Let me tell you about it.

It was cold, wet and blustery outside so I decided to forgo my regular lunch time walk and stayed indoors.  I was sitting on a couch in the lunch area at work, enjoying the rain falling across the city through the window perched 31 floors above street level.  Occasionally I took a glance at the green living magazine in my hand treasuring the moment.

After about 5 minutes of peace and quiet, six work mates (many who I have known for at least 5 years + and are friends), turned up fresh from the food court located at the bottom of the building, each carrying their choice of burger, hot chips and a coke.  I spied enough calories on the table to feed a large village in Africa for a week!  However, I digress.

I kept quiet, reading my magazine and just listened.  The conversation started with a one-up-man-ship about how much food each of them could consume (specifically meat) at some local all-you-can-eat joint down the road.  I briefly thought about the times that I used to do the same thing, and could scoff back half a cow in one sitting.  I also remember how sick I used to feel internally for days afterwards, and didn’t envy them at all (I didn’t really eat half a cow. I exaggerated to make a point).  However, what was about to occur captured my imagination.

The friendly banter soon turned to football, and the various codes that are played in Victoria.  On a side note, many men in Melbourne are football mad.  It is the first thing they talk about Monday morning, and spend all Friday afternoon wondering who will win the games over the weekend.

This football conversation ebbed back and forth between the blokes, each trying to outdo each other with their knowledge of the game and their favourite players.  It was about this time that I realised that even though I knew these guys well, I had no bloody idea what they were talking about.  It was like I was listening to a crew of Klingons without a universal translator to help out.

You know that the funny thing was that I didn’t really care.  Now don’t get me wrong, I pride myself as being as blokey as the next bloke, but it struck me that besides some aspects of work, I had nothing in common with these guys any more.  I was vastly different in my values, my beliefs and my interests.

Then a really amazing idea came to me.  What if, I thought, instead of the passionate banter and interest they had for football, that they turned their blokeyness towards sustainable living, as I have?  What if, instead of boasting about who’s footy team had the best players, they bragged about how much renewable energy that their solar PV systems generated each day, trying to out do each other?  What if, they egged each other on about how many days in a row their chickens laid eggs, and who’s hens laid the largest bun nuts?  What if, instead they talked about how much water they had in storage and how much rain they had harvested from all the rain today?  What if, all of these green topics were all talked about with the same vigour and passion as they have for football?  I am not bagging them, and I respect their differences, but what if?

Think how truly amazing that transformation would be for the environmentally apathetic blokes of this country.  Just think of how far the normal Aussie bloke’s competitive streak could take us towards making a real, yes I mean real, difference towards tackling climate change and preparing for the end of cheap oil.  Instead of bragging about their huge 4×4 V8 SUV monsters, they might just brag about their Electric Vehicle conversion of said beast of a car and how many kilometres they managed to squeeze out of a charge, or how they souped up their bicycle with an electric motor!

When I finally hear that sort of banter around the lunch table, I will faithfully know that we are on the road to transition.  Until that day, I will dream of what if…….