In the mail today, I received my 1000 watt Inverter and 12 volt water pump.  This post will be about the inverter, and once I build a pump box I will document how I go about installing the water pump into my irrigation system.

So when you have a 12 volts system that gets recharged by solar PV, I have read that it is the most efficient if you use 12 volt appliances or electrical devices, because there is no loss of current due to conversion of voltage.  However, that is all well and good if you are starting from scratch, so what happens when you have all of these 240 volt electrical appliances (or 110v in USA and Can) that you want to use.  Well what you do is an inverter to add to the extra low voltage system.

This type of technology has been around for years, and is mainly used for caravans, camper-vans, or recreational vehicles when they are away from the grid. 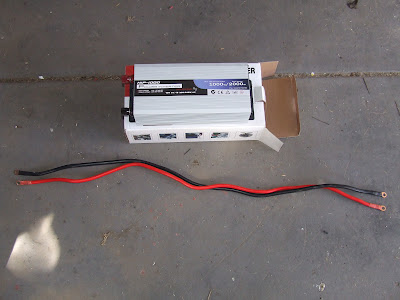 Here is the inverter straight out of the box.  It comes with some heavy duty DC cables, which help to minimise current loss (the thicker the cable the less current lost). 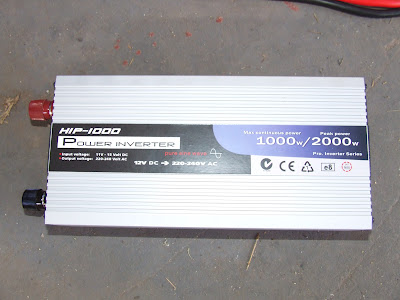 It is very light, and only weighs about 1 kg (2.2lbs).  It can produce 240v AC with 1000 watt continuous, and a surge for a few seconds of up to 2000 watts.  This is so you can run things like electric motors that need more current on initial startup. 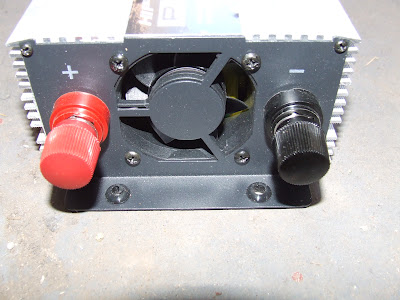 The rear has the DC lugs and cooling fan, 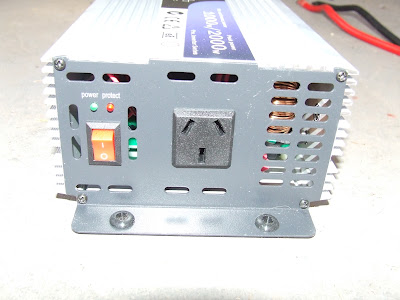 with the front having the general purpose outlet, an on/off switch and indicator LEDs.  Not much too it really. 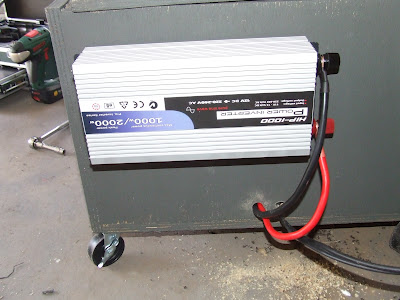 The instruction booklet recommends that it should be well ventilated and states specifically that it should NOT be installed in the same box as lead acid batteries that produce hydrogen when charging (boom!!!).  Even though my battery is a sealed Absorbed Glass Matt (AGM), I am still concerned about explosion of this flammable gas, but I may be a bit over cautious as I have even seen pictures of these types of batteries installed on their sides, so venting does probably not occur.

All that being said, it was easier to mount it on the outside of the box, which makes it simpler to plug appliances directly into the inverter. 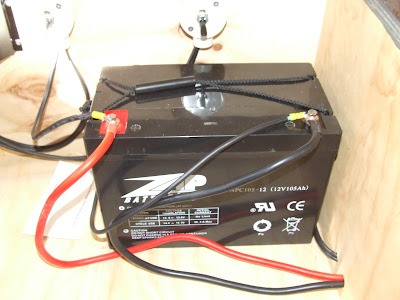 Red lead to positive and black lead to negative.  I also noticed that one I turned it on, the solar charge controller still gives you an indication of battery health and capacity which is nice.  The reason I have not connected the inverter via the charge controller is because this device will draw more amperage than the charge controller could handle which is rated at 30 amps.  Working at full capacity of 1000 watts the inverter will draw 83 amps, and with the battery I have what ever appliance was drawing this current would only run for an hour before it needed charging again. 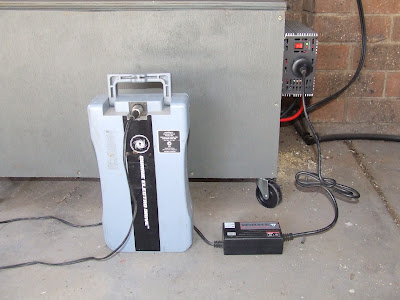 With it now installed, I have a reliable and free energy source for charging the battery on my electric bicycle, and many hundreds of other appliances in the home.  If the grid did fail, I could run our kitchen fridge/freezer (rated at 170 watts) for nearly six hours without charging.  It would last a bit longer during daylight hours, because the solar panels are continuously charging the battery via the charge controller. 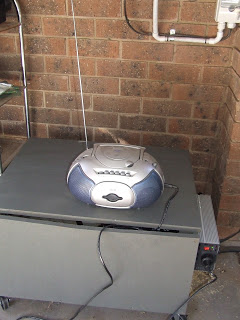 I also tried a FM radio, as I had heard that most inverters cause a bit of interference.  This one is no exception, but I had no problems with strong local radio stations.  Time will tell, and I am sure I will have a thousand uses for this free source of household electricity! 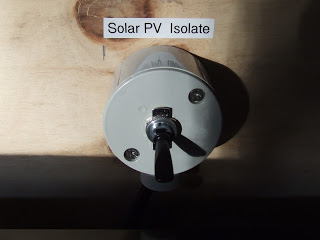 Additionally, I wanted to tidy up the battery box a little bit, so I labelled all of the switches and outlets. 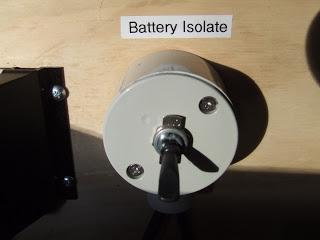 This is so I don’t forget what load each item can take further down the track and how to isolate each component.  Labelling is a good idea, because it would be easy to connect something above the recommended rating, and watch the cable heat up and melt the insulation with lots of smoke!  Not a good idea, so best to label. 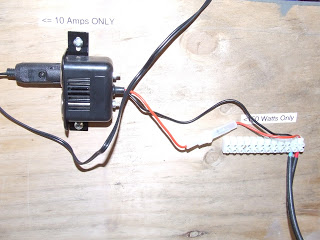 Anyway, I am sure you are probably well over my ramblings about my standalone solar PV system by now, so without much more to say about the project, I am happy to say that it is complete.  It was easy to construct and install after a bit of research and a refresh from what I learnt at high school, and you certainly do not have to be an electrician or electrical engineer to install a system like this.

If you have the inclination and the time, this is a worthwhile, low carbon footprint solution.

So what do you think?  Is this project and outcome worth the time and effort I put into it?  Would you install a stand alone system as a preventative measure in case of grid loss?  Let me know your thoughts.