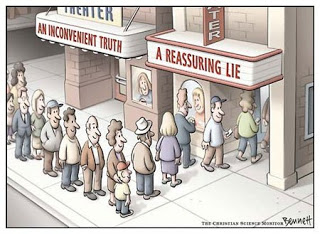 Humanity has reached a stage in its development where everything we now have is reliant on a source of cheap energy, in the form of oil.  We have transportation that would shock an early 20th century person, as we can get from point A to point B with a minimum of fuss and travel distances in time-frames that would be unheard of only 50 years ago.  Way back then, only the rich could afford to fly, and the rest of us were stuck on the ground or traveled vast distances slowly via the oceans.  However, whilst on the ground we spent this precious resource building roads and freeways that have cut the travelling time between cities in half (except for the odd traffic jam).  We have built magnificent cities from steel, concrete and glass (with the aid of oil) that glow in the night that can be seen from space.   These cities house many millions of people throughout the world and consume resources from neighboring countryside.  We have a medical procedures that can replace most parts of the body when they get diseased or worn out, except for the human brain, but I am sure we are working on that as well.  We live longer than any other time in human history and have the biggest population that increases by 1,000,000,000 people every 25 years.  All because of cheap energy in the form of oil and other fossil fuels.

So, on the down side, at this very moment we are on a plateau of energy production.  Our demand for energy is now outstripping supply, and this demand grows with every single human born into existence.  Prices rise because of supply shortages, and this in turn continues to feed the whoa’s of the continuing economic crisis which is build on continuous upward growth.  However, with all fossil fuels and natural resources being of finite supply, our economic system is bashing up against natural hard limits.  You cannot have a system that is reliant on growth when there is only so much of everything.  You cannot change the laws of physics.  Not only fossil fuels are depleting, but things like fresh water with depletion in the form of ancient aquifers, phosphates for fertilization, arable land to grow food on, and global fish stocks.  We do not seem to be awake to the fact that many of the things we take for granted are depleting rapidly, we have no plan to implement a scalable replacement for our energy needs, which drives all other human activities.

Even with all our cleverness, much of humanity lacks the foresight to plan for a future with less of everything.  Our population has grown alongside of energy growth, because we have been able to produce abundant surpluses of food.  But only in some parts of the world.  Over 5/7th of our species do not have a regular meal on the table, or access to clean drinking water.

Recent events do not fill me with joy or hope.  Diplomats from all over the world returned home after a hard-won agreement in Durban, South Africa during the latest round of climate talks. They agreed to do nothing to save our climate from disaster.   Our governments will continue to talk until 2015, and then maybe do something serious about greenhouse gas emissions in 2020. By then, we will be committed to at least 3 and a half degrees Centigrade hotter world in 2100, than our ancestors knew in 1750 and a climactic system that is totally unpredictable. It will only get hotter after that and maybe, as some scientist predict, this will occur earlier, our own lifetimes, and that of our children.  Surely we can do better than this?

Now that we have hit the 7,000,000,000 mark in population in October 2011, and that we are constrained by natures hard limits, and the threat of environmental disaster in the form of a changing climate, what are we to do?  I ask myself this question every day, and wonder often ‘what happens next?’  How are we to cut emissions by 50-80% by 2050, and reduce our dependence on fossil fuels if it is predicted that the human population will be at 9 billion?  More people means more emissions and more resources.  I believe that we will be too worried about feeding ourselves, rather than trying to stabilize the climate!

So many unanswered questions, and with little visible action from world leaders and governments, I am afraid I cannot think of any other outcome except a train-wreck.  I may be wrong, but I think our civilization is moving too fast on the rails to slow down in time.  But think of this train-wreck happening in slow motion.  We are at overshoot, and the only other result is a long slow decline.  All because we have delayed action on alternative energy, changing our economic system, mitigating climate change, and population overshoot to feed economic growth and to fatten someones wallet.  Whatever happens from now on in, it will not be pretty.

Look, I didn’t mean to bring everyone down, but we do live in troubled times.  It is just that many of us cannot connect the dots, or even want to talk about these big issues.  We only have one habitable planet in this neck of the Universe, so we have to clean up the mess we made.  What is needed is a call to arms, and where we start talking about these issues on a daily basis.  The more we talk about it, the more thinking we will do, and we may even come up with some real solutions for the climate or an effective way to power-down during energy descent.

However, until such time that we really start talking seriously, we will just keep things as business as usual.  The only problem is that business is starting to get bad!

I will leave you with this thought though.  It is something I posted a long time ago, but is still relevant today.

The Paradox of Our Age

by The 14th Dalai Lama

We have bigger houses but smaller families;
More conveniences, but less time;
We have more degrees, but less sense;
More knowledge, but less judgment;
More experts, but more problems;
More medicines, but less healthiness;
We’ve been all the way to the moon and back, but have trouble crossing the street to meet the new neighbour.
We build more computers to hold more information to produce more copies than ever but have less communication.
We have become long on quantity, but short on quality.
These are times of fast foods but slow digestion;
Tall men but short character;
Steep profits but shallow relationships.
It’s a time when there is much in the window, but nothing in the room.

So lets get busy, and start talking about these things to people who are yet aware of the issues we face.  It will be only way we will solve them in the time we have available.  I will keep talking about this, will you?