January is usually a time of abundance in the food garden, however with the cold start to the season, quite a few vegetables are late.  The only ones that have grown well and performed admirably are the seedlings I grew in the greenhouse in August and transplanted in late September.

So here is a panorama of photographs that I took in the garden on Monday just past. Click to enlarge. 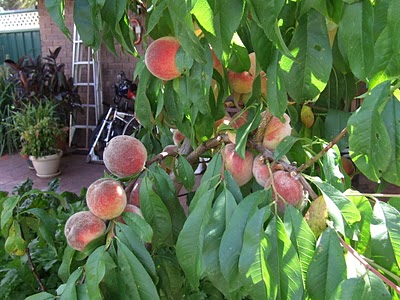 ANZAC Peaches, that we are picking every day. 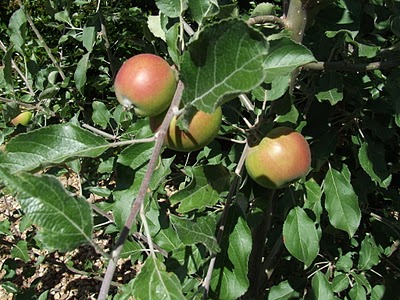 Jonathan apples that are blushing already. 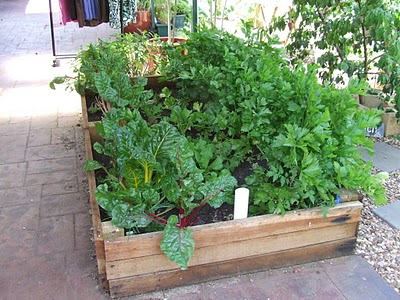 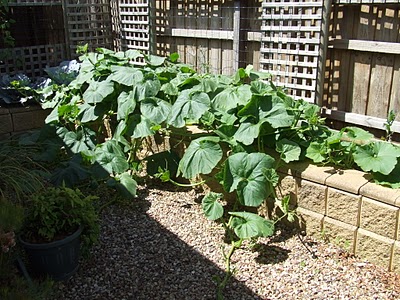 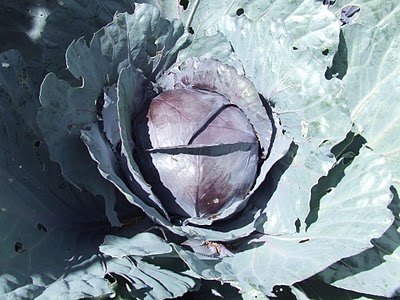 Two red cabbages remain.  I love red cabbage and these are the best ones I have ever grown.  Heads the size of soccer balls. 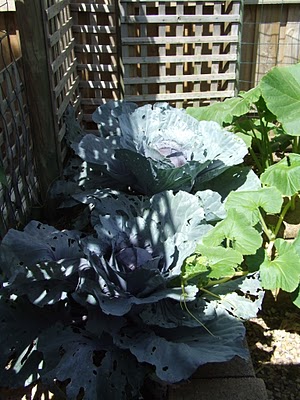 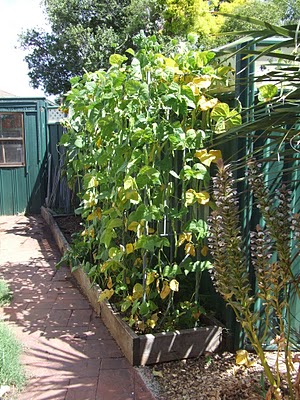 Lazy housewife bean stalks.  We harvest once a week, but are letting the big pods fatten up so that we can collect the beans for drying and storing. 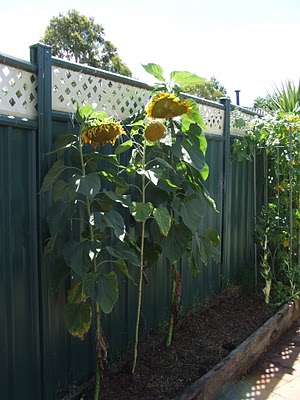 Three Russian Giant Sunflowers all in a row.  These are 7′ tall.  They obviously like a bit of chook poo! 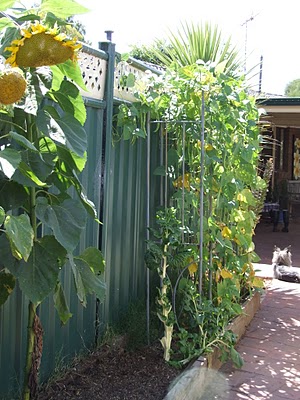 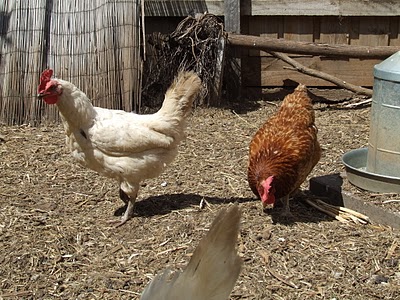 The suppliers of said chook poo! 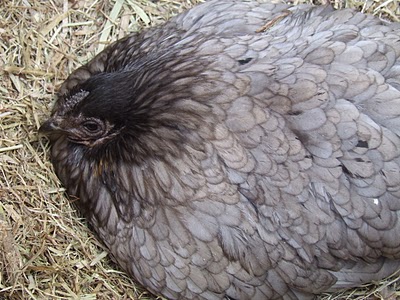 Poppy is clucky as ever.  Will this bird ever stop? 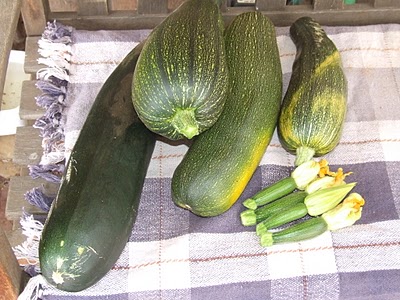 These are from the three zucchini  bushes that I pulled out over the weekend.  More like marrows now. 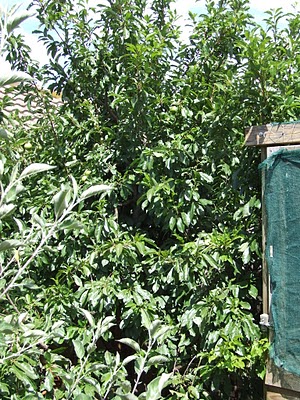 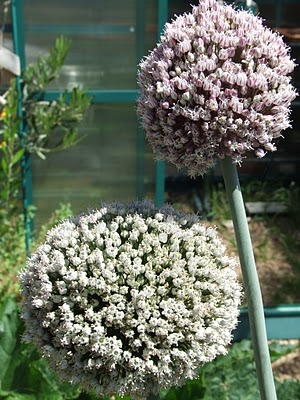 The leek flowers still in bloom. 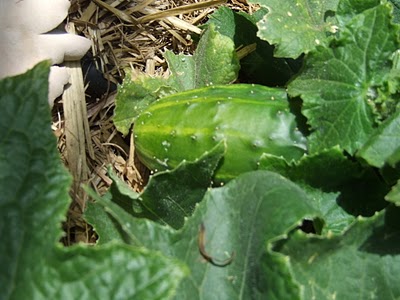 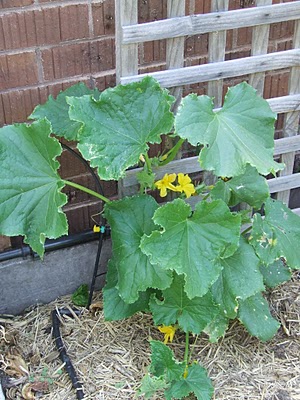 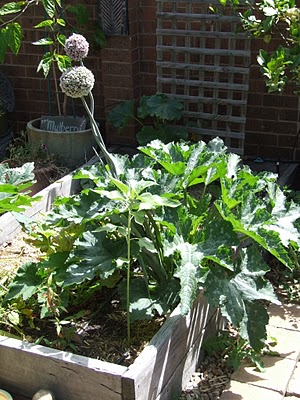 I still have three zucchini plants in the garden.  These are going strong. 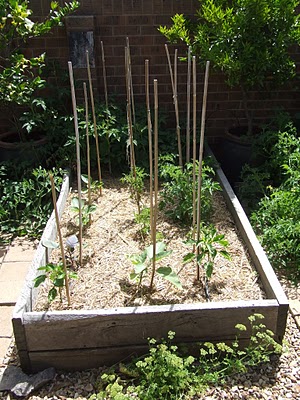 A variety of eggplants and tomatoes. 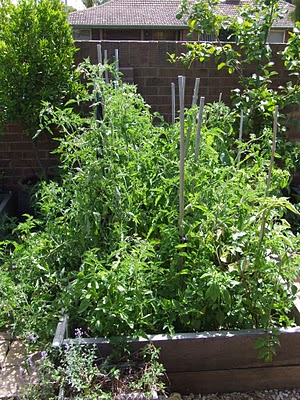 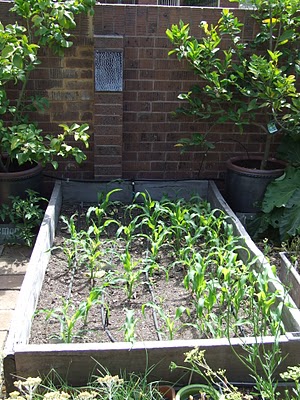 Super Sweet Corn all in a row.  I planted two varieties of hybrid corn, but cannot remember which on is which.  Next time I will label them! 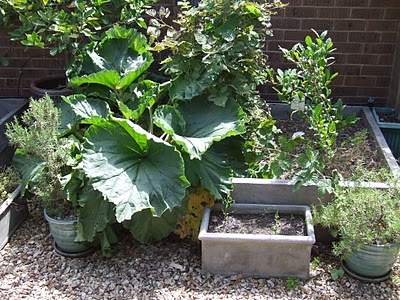 And finally, Rhubarb getting bigger and bigger, trying to smother the loganberry bush.

As you can see, everything is strong and healthy, as are all the fruit trees in the front orchard, which I will take pictures of this weekend.

I love my garden.  In fact, I just finished watering it and my legs are covered in mozzie bites!