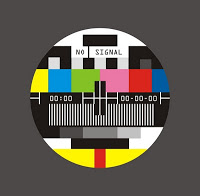 It has been 46 days without a TV and I feel great.  I have had no withdrawal symptoms, however Kim is still happy with her little telly set-up in her study, and if I really need a fix I suppose I could start the digital tuner in my computer and watch the stuff that brainwashing is all about.  That said, I just don’t have the inclination and find that I am far too busy anyway.

For instance, and sorry to bang on about it again, but Sustainable House Day took up an entire month of weekends.  There was not a moments rest during day light hours, but come sunset we let our hair down, and had a relaxing time with family and friends and a few home brews.  It was a well coordinated work effort, mainly because Kim and I wrote a long list that covered the tasks required and split it over the five weekends we had before the big day.  During the day as each task was completed we crossed it off to ensure that we felt like we were progressing in the right direction.

At the end of the day we re-evaluated each incomplete task to gauge whether it was important enough to carry over to the next day or weekend.  If it was trivial, we dropped it as a priority.  I was going to make some beer to show visitors the fermentation process in action, but the shed got so full of bikes and stuff that in the end I couldn’t get into it.  Other things we planned were to plant out a second potato bed, wash the car, weed the front yard (again) to name a few.  We also had so much help on the day before the event, we came down the home straight through the chequered flag in first place.

Anyway, as it turned out, the dropped tasks were no great loss because I don’t think anyone would have noticed and were just pleased that someone in our town/shire gave them the opportunity to see how someone else had lowered their environmental footprint at home.  So many visitors were eager to start a small project when they left that I reckon that there were lots of green centric conversation during their journey home.

So where to from here now that the SHD has been submitted and that all the excitement of the fair has died down a little?  I have some annual leave scheduled for the first two weeks of October, but as you have probably figured out, I am not one to rest on my laurels, so I have a guest speaking appearance in Geelong on Saturday 6th October at Ecofest.  I met the organisers, Andrew and Alicia on Sunday and am looking forward to the opportunity to tell the story of my green epiphany to others.  My appearance is free of charge as they all are of course, as I do not expect, nor ask for a gratuity.  I consider it as a gift to the planet as I attempt in my own little way to pay Gaia back for sins past.

Also, around the same time, we have invited a local high school eco-group to tour our home, similar to SHD.  It will be interesting to get a young persons perspective about the whole sustainable living caper.

I have also been in contact with the team at Vasili’s Garden about my availability for a filming day around my garden.  I have to firm up the date, so I better pull my finger out and grab the opportunity.  The 60 Minutes interview is looking like it will take place in early October, so I am still very excited about that as well.

As for other media appearances, I gave a brief interview on Saturday afternoon to the local newspaper about the state of our country rail network that services our town, and the need for more local industry to promote jobs within the town so that people don’t have to travel far to get to work.  You can read the article titled “Melton transport a drag“.  Who thinks up these headlines?  Anyway, a nice photo of Ben and I and a good article if I do say so myself.  Notice that I didn’t fly the green banner very loudly.  It was intentional to get people to think of the issue for themselves and not think that there is that crazy old greenie in the paper again.

So this weekend, in preparation for more organised green promotion and education, we are having a rest weekend.  We will be making another 5kg of soap for the Djerrawarrah Festival in November, and I will be making some Caerphilly for enjoyment when I am on my staycation.

It should make for a relaxing weekend, fingers crossed.