This post goes out to Mia who blogs at “Becoming a Good Human“, and all those who commented.  Don’t despair, because I feel like that sometimes as well.

She describes how she feels that she is becoming disconnected from society and quotes a passage from Dave Pollard’s blog “How To Save The World“;

“But I’m beginning to think it’s not so much the limits of language as that, having rejected every notion of civilization culture, I no longer have anything to talk about with most people.

When I’m out in public I often listen to conversations, and what I hear is nothing but vapid time-wasting, echo-chamber reassurances, regurgitated propaganda, sob stories, unactionable rhetoric, appalling misinformation, self-aggrandizement, gossip, manipulation and denigration of others. I hear no new ideas or insights, no cogent discussion of how we can prepare for, and increase our resilience in the face of, the impending sixth great extinction and the economic, energy and ecological collapses that will push that extinction into overdrive and bring down the most expansive and least sustainable civilization in our species’ short history. And what else is worth talking about?

Yet, all around me, people who have not had the luxury of time and resources, as I have, to learn how the world really works, and what is really going on, and to imagine what we might do about it, and how we might live better, carry on as if nothing much is wrong and as if everything in our unsustainable and doomed culture somehow makes sense, and will somehow continue, and get better.”

Dave is a very astute observer of the human condition we call society. I agree with both Mia and Dave, and I see it all around me.  For me, Gavin, it kind of goes like this; 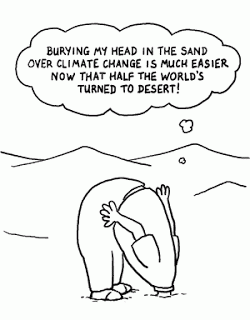 A sense of loneliness, an abnormal feeling of my sanity vs the insanity around me, trivial and manipulative behaviour, football conversations, gossip, affluenza, consumerism gone wild, the same old crap regurgitated day in and day out on TV, a society distracted by everyday bullshit and girlie magazines, disconnectedness, denial, “does my bum look big in this”, shallowness, people walking around in their own iPod world with a total belief in the status quo and that the market will save us.  I want to grab people and shake some sense into them, but know I can’t, for it will make me look like someone who has escaped from the asylum.  The only problem is that we are all in the asylum already with only a few of us ready to take on the role of the Chief and through that washbasin through the window and escape the funny farm.

There is so much more that I haven’t managed to articulate, and I find it difficult to hold a conversation along any of these subjects when I know what is about to go down.  I did try to describe it once in this blog post, “Cognitive Dissonance“, and the response was overwhelming.  Others did feel like I did, which was comforting in a way.  Misery loves company, or so they say.

Long time readers will know that I totally believe that resource depletion, climate change and mass extinction is happening right now, and kind of understand why everyone one around me just doesn’t get it, or even tries to understand where we are all headed. The only positive think I know I can do is prepare, educate others, build community, and be there for one another when TSHTF.

However, one thing of late that has helped me deal with the reality we live in has been the latest book by Clive Hamilton, “Requiem For A Species – Why We Resist The Truth About Climate Change”.  It has helped me transition away from blame, to just accepting that the shit storm is approaching, and there isn’t much that you or I can do about it even if with some massive miracle every government in the world suddenly set 80% emissions target and actually started to enforce them.  The world will change, and we are in for a hell of a bumpy ride before people accept things are not going to business as usual any longer.  Clive writes a very convincing argument.

Call me a fool, but I have yet to give up hope.  I will still do all the green things that I do in the hope that others will wake up and smell the oncoming storm before it hits.  I will continue to re-skill because these skills have become valuable not only to my family, but to others in my community.  I know where I am going for a bar of soap, and some fresh eggs when the four horsemen ride over the hill.

I suppose that is all anyone can do, prepare for the worst and hope for the best.  Oh, and lead from the front, because the view of the future is much nicer from up there.