Another big weekend just past.  Lots of cleaning up in the garden, some herb planting, lots of composting, and some cheese making.

First, I mowed the nature strip and fed the clippings to the chooks.  Then I cleaned up the main tomato bed, after I harvested the remaining fruit.  I even kept the green ones for a nice green tomato chutney.  Two wheelbarrow loads of vine later, I started to cut up the vines into smaller pieces so that they would fit into the compost bins.  That job alone took me 2.5 hours!  Very relaxing though.

Then I pulled the 2007 crop of curly leaf parsley and lemon thyme which were spent, and replaced them with seeds I had collected from the curly leaf parsley last year in one pot and some flat leaf parsley in the other.  In another long pot I planted garlic chives and normal chives, hoping they will sprout okay.  In the final pot, I planted some oregano seeds to replace a bush that had died over summer.  All pots had a small handful of blood and bone mixed in with the soil and a couple of handfuls of compost to aid in water retention.  I will report on their progress in the coming weeks.

Whilst I was in the garden, Kim was finishing off a set of three paintings that a friend had on commission.  Here is one panel from the set.  All hand drawn, and what I clever wife am married to! 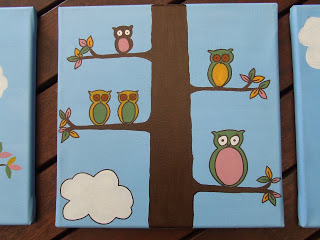 We also cleaned up the front yard, because we had to get a gum tree cut down due to it being riddled with borers.  Not very safe, so we paid the $400 to get it removed and not a bad price from one of the local tree surgeons.  We moved about 10 logs around to various parts of the garden, and they make nice little stools to have a rest after a bit of gardening.  I kept some for firewood to use when I eventually get around to making my outdoor cob oven.  Here is Mr Man cutting down the tree.  We both had a tear in our eye the day it came down. 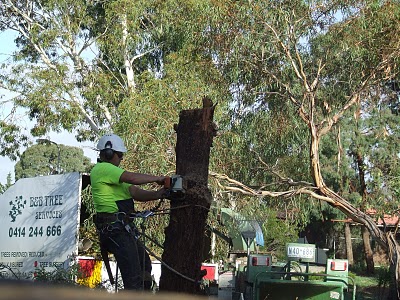 That was Saturday, and out that night to dinner at some friends house, laden with eggs, eggplants and cherry tomatoes. We had an very enjoyable evening.  Thanks Christine and Cath.

Sunday, I went to the gym (to keep the back muscles strong), and proceeded to the hardware store for some seed raising mix and dolomite lime as I had run out of both.  I then did a bit of shopping, trying to source as much local produce as possible.  We are still doing quite well on our 160km diet, and I will write an update during the week.  We certainly haven’t given up on it.

Then it was out with the milk and down to the business of making a kilo of Pepper Jack cheese.  I started at 1230 and finished at around 1700.  This cheese requires a lot of stirring to expel the whey.  By the end of it, both my arms were aching, and it was time for a beer or two. 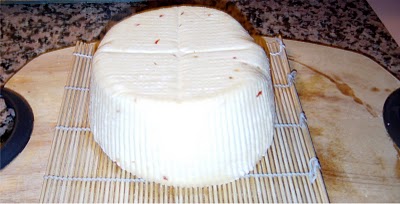 It looks a bit lopsided, but as it dries it will firm up. 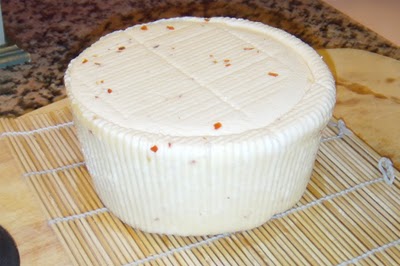 I will wax the cheese it in a few days when it is dry to touch.  It is quite a moist cheese, and still holds quite a bit of whey.

As the kids were coming for dinner, and Adam was moving back home for four months, I quickly put a couple of free range hens in the oven, and washed the vegetables ready for them to peel.  There is no such thing as a free lunch at our place!

We then got some bad news from Kim’s sister.  Pam, Kim’s mum, had had a mild heart attack, and was recovering in hospital after having a stent inserted into one of her coronary arteries.  Kim got very upset when she learned of this, and understandably so, but once she talked to her mum, she felt much better.  Pam is recovering well, and I talked to her tonight.  She sounds quite chipper for someone who had strong chest pains and surgery yesterday!  Rest up Pam, and a speedy recovery.  Take the time to smell the flowers as you get better. 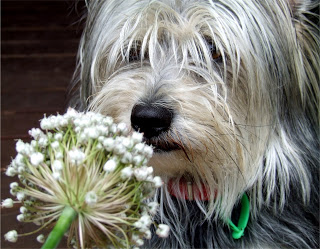 Love to you from all of us here in Oz. xox

After a wonderful dinner, we talked about lots of things and cheered up Kim with a glass of Rose and some jokes.  Kim was emotionally drained by about 2130, so everyone called it a night.

After some reflection on what I have just written, it was quite a busy and emotional weekend.