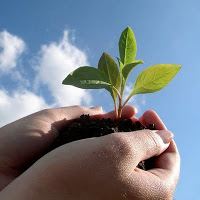 I have been reflecting today, and without trying to big note myself or getting big headed, I believe that I have a special talent to help people through changes with a couple of simple methods.

Change in peoples lives, especially the few about to hit mankind in a few years, can cause all sorts of emotions manifest themselves.  From terror, to guilt, to a sense of excitement, anticipation and opportunity.  There are many people who resist change, and would rather continue on with the status quo, however there are some people who relish change and create opportunities to bring others along for the journey, but in a special sort of way.  Everyone who reads this blog or stumbles across it knows what my goal or mission in life is by simply reading the left hand side bar which is about who I am and the basic things I have done, but it is the reason of the how and why I have these goals that is the important thing.

One of my ways to promote change is to lead by example.  This is something that I learnt whilst in the Royal Australian Navy.  I learnt that you cannot ask someone to do something, being a task, behaviour, or change a personal value, if you don’t show that you practice that task, behaviour or have that value yourself.  Sure, in the military they most probably do it because of the command structure and discipline, however they won’t do it willingly and morale suffers.  On the other hand, if they see the person leading by practising what he/she is preaching, then they follow willingly and with enthusiasm.  I attempt to live up to this “lead by example value” in all aspects of my life. That was one of the reasons that I didn’t begin writing this blog until at least 6 months after our family began our journey towards a sustainable lifestyle.  Well, that and everyone urged me to write a book about what I had done, but I thought a blog was a better idea due to the interaction you receive via comments.  I wanted to explain the how and why I turned green and what my motivation was.  You can probably tell by the way I write that I am enthusiastic and passionate about all things green and sustainable, but you probably didn’t know that one of my personal values is that I do what I say I am going to do.  Another of my core values is to try and not let people down when I make a promise. I believe that it is these simple values that rub off on people, who either know me in person or read about my exploits via my writings.  It inspires people to act in a positive way, towards a common goal.

The second special way of helping people change is to do things in such a way that they think it was their own idea in the first place.  This can be in the form of a simple suggestion, a comment during a TV ad, or leaving a magazine or book conspicuously open to a certain page at work or at home.  It can be in the form of harmless propaganda, like a poster showing benefits of a certain way of doing things.  People may think that this is a deceitful way of getting things done, but that is exactly how marketing and advertising works all around us as well.  I believe that if you have a message to give, you might as well utilise the best known way to do so.

Let me give you a simple example.  We used to spend lots of money on cleaning products, but now we use only two or three main items for cleaning bathrooms and the like.  Vinegar and Bicarbonate of Soda are about all we use, the cleaning products that our grandparents used to use.  Now to begin with my wife Kim detested the smell of Vinegar and didn’t believe that bicarb would do as good a job as the shiny, new, advertised chemical petrolium based products.  I had to sutlely convince her so it sounded like her idea.  I must say that I was slightly deceitful in both examples.  The first was we ran out of Windex (a blue liquid window cleaner that stinks and makes me sneeze) kind of on purpose (my bad!).  I then suggested that we try vinegar and newspaper to clean the shower glass.  After a quick demonstration on how easy the vinegar got rid of soap scum and cleaned the glass, Kim was hooked.  That is all we use now, and I only had to make it seem that it was her idea.  Another example was with bicarb soda.  Once again we accidentally ran out of dishwasher tablets (you know, the ones that cost a fortune and are toxic).  I suggested a few tablespoons of bicarb in the bottom of the machine and some vinegar as rinse aid.  Guess what, as I expected it worked well and the dishes were wonderfully clean.  It even got rid of the smell in the machine!  Once it clicked, Kim thought that we should use it to clean the shower recesses as well which works very well to remove soap scum.  I even showed her my very cool method of making a stinky sink drain smell fresh and clean by pouring quarter of a cup of bicarb down the drain and then 5 minutes later tip the same amount of vinegar, and watch the fizzy show and the smell goes away and unblocks the drain.  Much better than highly caustic Draino!  As you can see, all it took was a comment or spark and it then became that other persons idea.  No fights, no arguments, no right or wrongs, just change for the better.  Now she tells all her friends about the miracle of vinegar and bicarb. She is a clever lady, my Kim!  Love her to bits.  Oh, BTW.  Now I have been requested to plant two orange trees in pots by you know who as well.  She loves the citrus we have so much, that more are required. I told you it works!

So, I suppose that the moral of the story and my method/talent that I have learnt through experiance is that if you tell some one to change they won’t and will resist like a stubborn toddler or teenager, but if you lead by example and help them with and along the journey, change is not only inevitable, but fun as well.  This is how I find making changes to my sustainable lifestyle, easy, painless and fun.

If any readers have other subtle ways to promote change and convince others towards a more sustainable way of living (other than screaming at them), please add them via a comment.  This could turn into quite a little toolbox of tips!