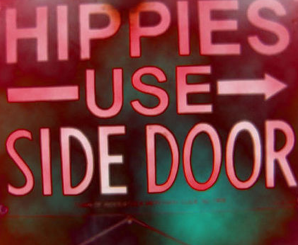 Soon after the PV system was installed and about three weeks into my back injury, Kim and I decided to invite a few like-minded people over to have a look at the “improvements” we had made around the house. This was in late September 2007.

We contacted the Melton Shire’s Environmental Education Officer, Linda, to see if she knew anyone that would be interested. I already knew a few people, so I invited them and Linda brought along a few more. In total there were 10 people that attended the afternoon tea. Kim made some “Herb Scones” in the morning, using the herbs from the garden. Everyone loved them.

We talked about what we thought about the lack of action on climate change by the then Howard Government and how we wished that the Prime Minister would ratify Kyoto and stop grovelling to Big Coal and Mining industries. We also talked about caged eggs vs free range eggs. I hadn’t given much thought about the issue and it occurred to me that I had been supporting battery hen farming and their unnatural and cruel practices with my consumer habits. I vowed to change to buying free range eggs from that moment on. I would now vote with every dollar of my hard earned money!

After some interesting discussion, I took everyone on the grand tour and stopped to explain in detail how things worked and what the sustainable reason was for having it. Everyone was very interested in the PV system, Hybrid Car, worms, vegetable gardens, compost bins, Solar hot water and the drought tolerant front yard. It was a great afternoon and both Kim and I felt proud of what we had achieved.

It also gave me a lot of food for thought. I now realised that I have a voice, a vote, and was a taxpayer, and I could be far more active in all matters green than I had been. I suppose I thought that I had to do all that we could to combat climate change in our own lifestyle before I could spread the word about how easy it was to live sustainably. Well now as the time. No more holding back!

Since I first ordered my PV system, I was irritated by the lack of action by the Victorian Government regarding their election promise for implementing renewable energy feed-in tariffs. I found a sample letter on the ATA website and wrote off to the Premier of Victoria, The Victorian minister for Energy and Resources, and the Victorian Treasurer. I stated that I was a proud owner of a recently installed PV system and that I believed that if a feed-in tariff was implemented, that the flow on effect would be a rapid uptake of renewable energy installations (similar to those implemented in Germany). Victoria would then reach their Victorian Renewable Energy Target (VRET) which mandates Victoria’s consumption of electricity generated from renewable sources be increased to 10% by 2016.

I received a reply stating that Parliament had passed feed-in tariffs, but were waiting for the Department of Industry and Trade to plan and consider the implications. I figured that is was political spin that meant they kept their promise but did not need to proceed any further. We are still waiting for the implementation of this policy 7 months later. On a side note, South Australia is just about to implement feed-in tariffs for residential properties and I truly believe that S.A. will soon become known as the “Solar State”.

Next, I had to voice my opinion about the lack of action by Federal Government regarding Climate Change. I found that the Australian Conservation Foundation was running a campaign called “Who on Earth Cares“. I signed up as Member 3600 and here is the brief comment I posted on the site.

Why do you care about climate change?

I care about Climate change because I understand the impacts to my children. I want their future to be as bright or better than ours was when we were growing up.

How concerned are you about climate change?

What ever you believe, we only have one planet and it is a rare an precious thing. Lets treat it like the beautiful garden it should be and not the cess pit it is becoming. We only have a short amount of time to reverse the damage we have already done. Ratify Kyoto and improve on it, so that we can get things moving faster.

To reduce my greenhouse pollution, I have personally committed to:

What do you want Australia to be like in the future?

I want Australia to be a leader in clean, safe renewable energy like solar and wind. Act now! Don’t rest until you have contributed to the solution and have stopped being part of the problem.

As the last part of signing up you had the option of sending a letter to your local politician. I amended it slightly to state all of the actions I had already taken. Both Kim and I sent off copies to our local Federal member for Lalor, Julia Gillard, and to the Premier of Victoria, John Brumby. As we sent the letter just before the federal election, we promptly received a letter back from Ms. Gillard within a week! It told us about the Labor party’s environmental policies and that Labor would ratify Kyoto if elected into power. We never did receive a reply back from the Premier. Maybe he doesn’t care?

I have also signed a few petitions regarding climate change on Get Up! who are an online organisation who have become common in the media of late. Unfortunately, due to my injury, I missed one rally that I would have loved to attend, and that was the Walk against warming. It was held in November 2007 and by all accounts it was a terrific event.

Putting politics aside, I believe that if a politician receives one letter on an issue, they treat it with importance. The reason behind this is that if one voter bothers to send a letter then about one thousand voters probably think that way. Just think about it. How many times have you had a strong opinion about something important, and did not act upon it? Then how many times have you found others that support your way of thinking? How many of them acted and let our politicians know how they felt? See what I mean about one letter really having the impact of a thousand votes!

To close, I urge you all to have your say, and that your letters to your local member do count. Governments follow popular opinion, and rarely are ground breaking in their leadership!