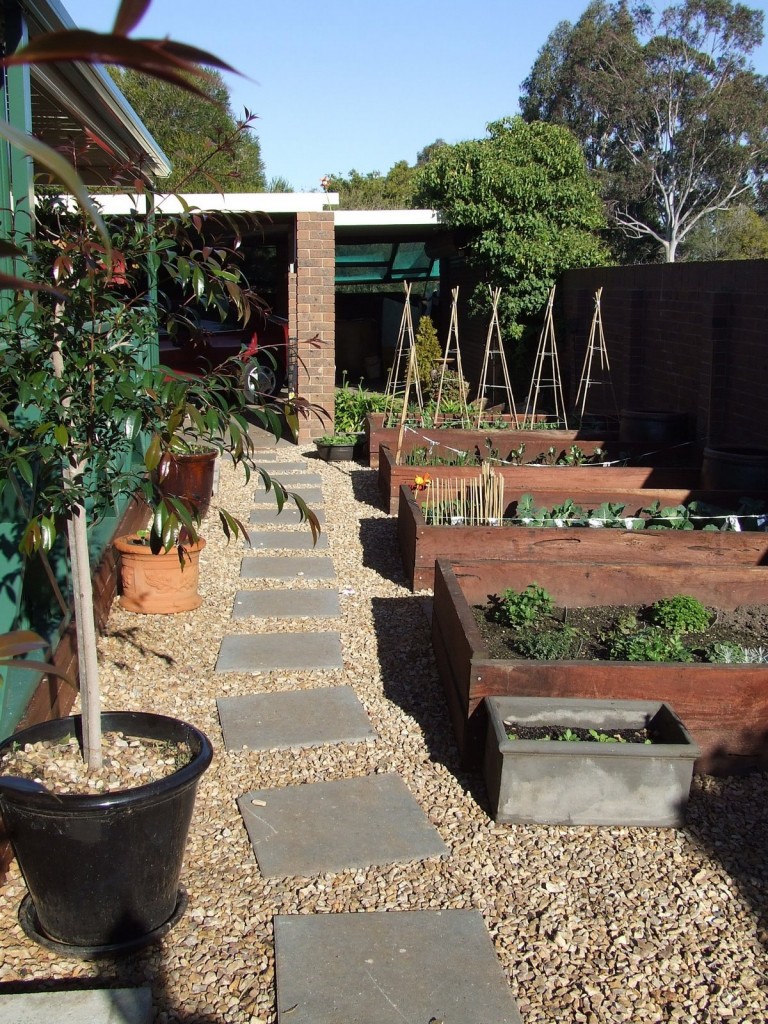 What are food miles? This is a question I get asked on a regular basis. I consider food miles to be not only the distance that the food has travelled from garden fork to dinner fork, but all of the CO2 emitted during cultivation, harvesting, transport, storage, and sale. All of these steps in the process use large amounts of oil and energy, therefore contributing to climate change. So grow your own food and reduce food miles!

This was one of the two reasons I chose to grow my own food. The other reason was that I didn’t want my food to be contaminated with herbicides, pesticides or be genetically modified. I was sick of the lack of taste from supermarket bought fruit and vegetables, all bland and picked far too early so that the grower could be first to market and get the best price. How many times have you bought expensive produce, only to find that it tastes horrible! Far many times, as far as I am concerned.

Two great books that helped me to decide how and what to plant were “The Australian Fruit and Vegetable Garden” by Clive Blazey, and the “Organic Gardener” by Jeffrey Hodges. They taught me about how crop rotation works, what vegetables to plant in what season, how to compost successfully, and the science of mulching. I highly recommend each of these books for anyone starting out in growing your own food.

I knew that planting in May was not the best time to sow, and that being late in Autumn 2007 it was better to plant seedlings where possible. So it was of to Bunnings (our closest nursery) to buy a selection. I only chose what I thought the kids and Kim would eat, so as to cut down on wastage. I planted broad beans, snow peas and peas in the first bed; beetroot, carrots, spring onions, and Spanish white onions in the second bed. In the third I planted green dragon broccoli, mini cauliflower, Savoy cabbages, red cabbage, and Brussels sprouts (big mistake). In the fourth and last bed I planted a herb garden but soon moved all the herbs to large pots so they were easier to manage. I replaced the herbs with a second crop of broccoli of a different variety, and a few more cabbages. Ben loves broccoli, hence the reason I planted so many.

Everything was successful and I harvested gradually over the next few months. The snow peas were first and we couldn’t stop grazing straight from the bush. The only vegetable that didn’t make it to the table was the Brussel sprouts for two reasons a. no-one liked them except me and b. the heads didn’t form properly, so I broke them up and added the plants to the compost.

I can positively say that all of my organically produced food tasted fantastic. Fresh, crisp carrots, eye watering onions (I pickles 50% of them) and mouth watering broccoli. I could go on forever about the taste, but I won’t, however I do urge you to grow your own vegetables if you have the room. Even in pots if you have a balcony! There is very little maintenance if you mulch well and I watered from the rainwater tank about three times a week depending on the frequency of the natural rainfall. I would say that between the planting and harvesting, I would spend about five hours a week working in the veg patch. Not much of a sacrifice, and much better than watching the rubbish available on the television these days.

Lastly, I found that I got back in touch with the cycles of nature. I became more aware of weather cycles, and could pick a rainy day without Met Bureau’s assistance and i just felt good to be outdoors and nurturing all of my plants.

It felt good to be green.